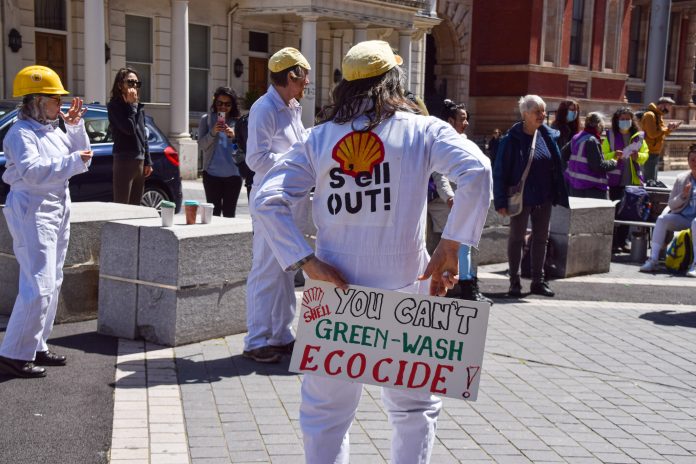 Often, businesses align themselves with social values such as the environment, feminism, or racial justice, to boost their consumer basis and seem more ‘social friendly’.

However, recently, researchers have found that using these values for self-interested purposes and profit can undermine their consumer commitment to them, and additionally, lose the social causes’ valuable status.

Consumers have often formerly accused companies and public figures of ‘greenwashing‘, ‘wokewashing’, and performative activism, when they campaign for a cause to which they have contributed money against. This study also represents another dark side to company campaigns, in which people also lose respect for social movements – based on who supports them.

Using data from multiple studies with hundreds of participants, the researchers found that consumers exposed to more self-interested uses of “sacred” values resulted in having diminished regard for those values subsequently and were less willing to donate to causes that supported them.

An instance of this can be seem with social media posts, such as NASCAR – the stock car racing organisation – wishing “Happy Earth Day”. This, according to the studies, reduced people’s subsequent respect for the annual environmental protection event, compared to a similar post from a group who are openly and honestly dedicated to ecological conservation.

In another study, participants aware of a 2015 “paid patriotism” scandal involving the National Football League, who revealed to have accepted money from the U.S. military for game-day flag presentations and the honouring of military members, demonstrated that people had less concern for patriotic displays than those unaware of the case.

Another study showed participants were also less likely to donate to an environmental cause after reading about a fictional report in which many organisations had launched pro-environmental campaigns in pursuit of profits, deeming them as untrustworthy and campaigning for dishonest purposes.

Rachel Ruttan, an assistant professor of organisational behaviour and human resources at the Rotman School, said: “It sets a different norm for appropriate use of the value. These are things that we are supposed to pursue as ends in themselves and this is shifting how people might think about that.”

Usually, values which are obviously under threat trigger people’s moral outrage – for instance, when money intended to promote workplace diversity is reallocated to cover other expenses – however that impulse isn’t switched on when the value appears to be at least superficially supported. Even if it’s really being leveraged for a very different purpose.

Researchers highlight that the less pure use gets subtly normalised in society, and is eventually how the value’s status ends up corrupted.

However, an organisation can actually associate itself with social values and not diminish them, but it is how organisations must show “legitimate commitment” toward the value.

An example of this can be seen with environmentally branded clothing company which discourages customers from purchasing replacements for its jackets, offering to repair their worn ones instead.

The researchers have recommended that consumers should think critically about the campaigns they see, and resist taking ‘automatic cues’ from companies about how to consider the values these campaigns appear to promote.

Professor Ruttan further said: “That is a real commitment to sustainability, where they’re actively taking on a cost. Grassroots action is still important and upholding our own commitment to these causes is still very valuable in the face of all of this information.”