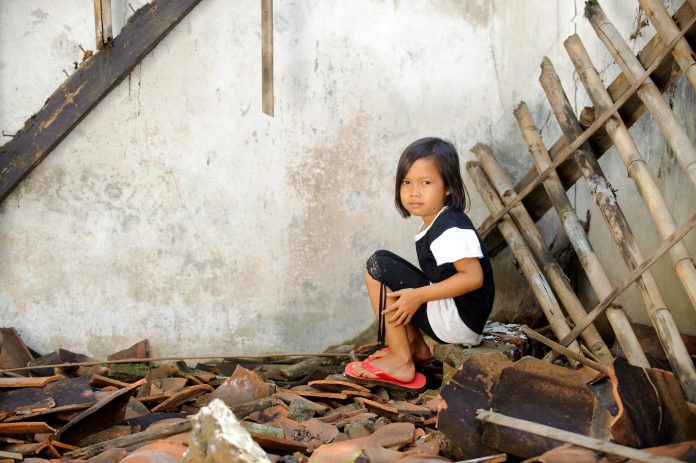 Children who grew up in poverty have a higher likelihood of developing behavioural disorders when in adulthood, especially amongst girls

Psychology evidences that externalising disorders can be noted by poor impulse control, rule-breaking, aggression, impulsivity, attention deficit and hyperactivity, among other forms of behaviour.

This study notes that children being bought up in poverty are more likely to adhere to these disorders in adulthood, taking data from numerous universities across Brazil, incorporating socioeconomic factors like gender, wealth, mental health in adolescence and more.

Published in European Child & Adolescent Psychiatry, it was found that children and young adults with externalising disorders are more likely to fall behind in learning, social development and the job market.

The study concludes on the note that multidimensional poverty and experience of stressful life events – such as frequent deaths and family conflicts – were avoidable risk factors which should be addressed in childhood to reduce the impact of mental health problems in adult life.

The study comprised of 1,590 students who were enrolled at public schools in Porto Alegre and São Paulo Brazil were evaluated in three stages over seven years, the last stage being in 2018-19. The students are participants in the Brazilian High-Risk Cohort Study for Childhood Psychiatric Disorders (BHRC), a major community-based survey involving 2,511 families with children aged 6-10 when it began in 2010.

The researchers used the Development and Wellbeing Assessment (DAWBA), including interviews, questionnaires, and rating techniques, to obtain psychiatric diagnoses in childhood (9-10), adolescence (13-14) and early adulthood (18-19).

The researchers aimed to detect internalising disorders, such as depression and anxiety, and externalising disorders by using a questionnaire to assess the socio-economic status of the families. From this analysis they found that 11.4% of the sample were living in conditions of poverty.

Carolina Ziebold, first author of the article, said: “It seems common sense to say that poverty correlates with the future development of mental health problems, but this is the first survey ever conducted in Brazil to analyse child and young adult mental health on the basis of psychiatric assessments carried out on more than one occasion.

“We designed our study so as to be able to collect data on mental health in adolescence and early adulthood. The three-stage psychiatric assessment produced consistent results thanks to the tracking of variations over time.

“Children of poor families had lower levels of externalising disorders than non-poor children in the first stage, but after a few years the curve was inverted and disorders steadily increased among poor children, with a 63% probability of developing disorders, while they decreased among the non-poor.”

Women were found to be more affected by child poverty, leading to their externalising disorders, as it sustained harmful impacts on their educational attainment, leading to repetition, dropout and age-grade distortion.

The study highlighted at least ten out of every 100 girls older than the appropriate age for their school grade could have accompanied their age group if mental health problems, particularly externalising disorders, were prevented or treated.

Ziebold added: “This finding was especially striking and can be considered one of the most significant. Externalising disorders are generally more frequent in males. Our hypothesis is that mental health problems are less likely to be diagnosed early in poor girls, either in the family or at school.

“In addition, they tend to take responsibility for more domestic work from an early age, such as caring for younger siblings and sick family members. This extra burden exposes them more to stressful life events, increasing the likelihood of their developing mental health disorders in adulthood.”

“Children and young adults with externalising disorders may be more likely to fall behind in learning, social development and the job market, increasing the likelihood of poverty in later adult life.”

Brazil has a high rate of poverty, and the study unveiled this when revealing that in Brazil, the odds that children will repeat their parents’ low educational attainment are double the odds in the United States. Additionally, almost six in every ten Brazilians (58.3%) whose parents did not complete their secondary education have also dropped out of school.

Finally, the pandemic affected this data also, as the proportion of the population living in poverty has grown alarmingly since COVID-19. According to a report issued by UNICEF, 100 million more children have fallen into multidimensional poverty worldwide, for an increase of 10% since 2019.

Additionally, by October 2020, the pandemic had disrupted or halted critical mental health services in 93% of countries and that more than 13% of girls and boys aged 10-19 are living with a diagnosed mental disorder. It is advised that even for a good outcome, at least seven to eight years will be needed to recover and return to pre-pandemic levels of child poverty.