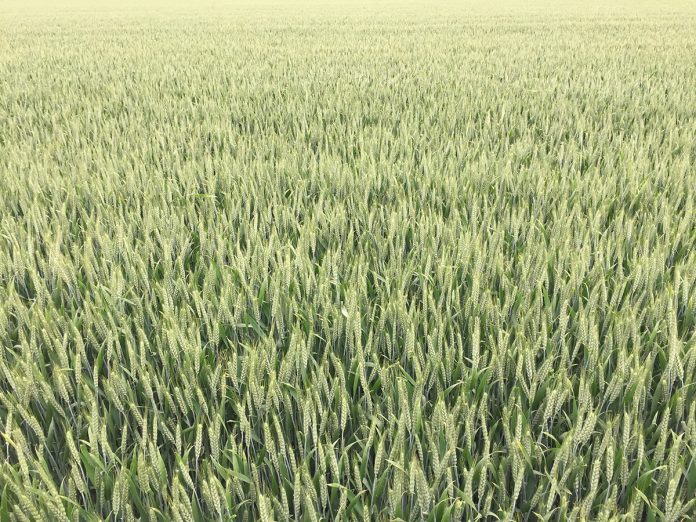 Director of USDA Central Small Grain Genotyping Lab, Guihua Bai turns the spotlight on to the wonderful world of wheat and DNA markers

Wheat is the second most produced crop, with about 700 million tonnes of grain produced every year worldwide and provides more than one-fifth of the calories and protein consumed by the human beings (FAOSTAT 2014). A rapid growing human population demands faster increases in wheat yield globally in near future. In addition, climate change adds more abiotic and biotic stresses to wheat production, which brings a great challenge for breeders to meet the increased demand, which is where DNA markers can help.

Wheat traits including yield, quality, as well as resistance to different biotic and abiotic stresses are all critical for yield improvement and stability. These traits are controlled by many genes and affected by their growing environments. Breeders’ tasks are to make crosses between wheat lines that carry different beneficial genes and select plants that carry the best combination of these genes to develop new cultivars for production. Classical breeding can only select a few traits such as plant height, spike size, or heading time etc that can be visually scored. As an increase in demand for high yield and quality for modern wheat cultivars, many traits are not visually selectable using classical breeding and need to be selected at a gene level.

DNA marker is an emerging technology that can speed up breeding process and improve selection accuracy by breeding selection to stack multiple genes/traits simultaneously by selecting DNA markers that selecting either tightly linked markers to the target genes or part of gene sequences. The selection is non-destructive and can be done in the seedling stage to determine the genes that control traits, expressed in different stages of plants. DNA isolated from a small piece of leaf tissue is enough for evaluation of hundreds of genes/markers. The recent quick development of new sequencing technologies has revolutionised marker technologies by increasing throughput and reducing the cost of marker assays, which make it possible for the DNA marker to be used in a routine breeding process.

To successfully use DNA markers in routine breeding, however, a breeding programme needs to have specialised equipment and well-trained personnel for DNA marker analysis, which is often unaffordable for many small breeding programmes. To solve this problem, US Department of Agriculture set up the Central Small Grain Genotyping Laboratory (CSGGL) in Manhattan KS during 2002, to serve hard winter wheat (HWW) breeding programmes in the US Great Plains.

Later, three other USDA Genotyping Laboratories were set up in Forgo, ND, Raleigh NC, and Pullman WA to cover other classes of wheat in the rest of the States. These Genotyping Labs provide free marker service to the breeders in each region, therefore, all the wheat breeding programmes have access to newly developed marker technologies and use them in their routine breeding. In the last decade, almost all released wheat cultivars from the US public breeding programmes involved marker work contributed by these Genotyping Labs.

The mission of our Genotyping Lab in Manhattan are to: (1) Identify genes controlling important HWW traits including yield, quality, and disease resistance, and tightly linked markers to these genes for their application in marker-assisted breeding; (2) Develop innovative DNA marker technologies for breeding application; (3) Apply high-throughput DNA marker-assisted selection to maximise the efficiency of wheat breeding programmes and facilitate the early release of superior germplasm and cultivars and ; (4) Develop diagnostic markers for marker-assisted selection by fine mapping and map-based cloning of important wheat genes.

Breeder-friendly markers were developed for most of these genes/QTLs and have been used in routine breeding practice, to help breeders to select for the target genes in their breeding materials. Our lab cloned two important wheat genes for resistance to pre-harvest sprouting and Fusarium head blight and developed diagnostic markers for these genes. We also involved in cloning shattering and tannin genes from sorghum and leaf number and seed size genes from Medicago.

To improve a throughput of marker analysis and use next-generation sequencing technologies in breeding, our lab developed a new technology called genotyping by multiplexing amplicon sequencing (GBMAS) for high-throughput assays of wheat target genes. GBMAS can analyse hundreds of markers in one assay using next-generation sequencing technology, which significantly increases marker analysis efficiency and reduces the cost of marker assay for marker-assisted breeding. Besides, the lab adopts genotyping-by-sequencing (GBS) technology in research and breeding work. This NGS-based technology has been routinely used to identify genes or markers for important traits and selection of plants by genomic selection.

One of the most important traits we focus on is Fusarium head blight (FHB). FHB is a detrimental wheat disease worldwide. It can cause 100% yield losses in heavily infected fields. FHB infection also reduces grain quality by producing a mycotoxin called deoxynivalenol (DON) during infection. DON is harmful to the health of human beings and livestock. We found that growing FHB resistant cultivars are the most effective and economic approach to minimise the disease damage.

Our research showed that much Chinese germplasm has a high level of FHB resistance and can be good sources of FHB resistance genes for breeding. Using DNA markers, we identified many QTLs/genes conditioning FHB resistance in these sources. Most of these QTLs contribute minor effects to resistance. Only one of these QTLs, Fhb1, showed a consistent large effect on FHB resistance. However, it could not be transferred to US HWW after more than 10 years effort through classic breeding. More recently, we used marker-assisted backcrossing successfully transferred Fhb1 into 16 US HWW backgrounds and these selected Fhb1 HWW lines are being used as parents for further breeding. Meanwhile, we cloned the gene underlying Fhb1 resistance to FHB and developed a diagnostic marker for Fhb1. This marker will be a powerful tool for introgression of Fhb1 into new wheat cultivar to improve wheat resistance to FHB.