As EU countries grapple with the surge in energy prices and struggle to agree on a common response based on the European Commission’s toolbox of measures, employers across the continent are concerned that the crisis will undermine the recovery and the twin transition if the EU does not take a clear stance in the global energy market.

Soaring energy costs have stoked tensions between EU countries over their green transition. Some countries have used it as a reason to press on with new climate change policies. Others, however, are taking a more conservative stance, wary that dropping nuclear power and/or gas from the energy mix could impact prices further and that extending the EU ETS to buildings and transport could worsen the situation by ultimately transferring costs to consumers.

The increase in energy prices, particularly gas prices, depends on a number of factors, including the resurgence of global demand after the pandemic lockdowns and a European cold snap in the last part of the winter in 2021 which drained storage levels. A tight supply from foreign markets and even lower renewable energy production has prompted a crisis that could force factories to temporarily shut down if prices continue to rise.

The real concern is that if Europe has a cold winter, prices could climb further, possibly forcing some factories to temporarily shut down.

Europe imports around 60% of its gas, with supplies coming by pipeline from Russia and to a lesser extent from Algeria and Libya. Gas prices are the main driver of European electricity costs, while the soaring cost of EU ETS emissions has contributed around a fifth of the power price increase. The price of emissions allowances traded on the EU ETS has increased from €8 per tonne of CO2 equivalent at the beginning of 2018 to around €60 more recently. This increase is due to market developments, including the financial speculations within the EU ETS, sometimes taking place outside the EU.

The soaring energy prices highlighted the need to decrease dependency on foreign suppliers. This is not a temporary problem, but a structural one, partly because renewables are too volatile and their current share represents roughly 20% of the overall energy mix. With the push for an exit from coal and nuclear energy, the situation narrows the availability of other sources and strengthens dependence on those few that remain.

The European Commission certainly anticipated rising energy prices in its green plans. But it was taken aback by the fast development of the crisis, which can now be legitimately considered as an asymmetric indigenous economic shock and a sign of structural failure. This begs for clear and strategic policy action.

The policy actions recommended in the EC toolbox from 13th October 2021 are a starting point, but they need to be well structured and coordinated in order to have a synchronised positive effect.

Starting with immediate compensation of the most severely affected groups and entities through a system of tax reliefs and introducing a direct and tailored- made subsidisation system that follows the mainstream principles of the Green Deal are both good measures.

“The increase in energy prices, particularly gas prices, depends on a number of factors, including the resurgence of global demand after the pandemic lockdowns and a European cold snap in the last part of the winter in 2021 which drained storage levels. A tight supply from foreign markets and even lower renewable energy production has prompted a crisis that could force factories to temporarily shut down if prices continue to rise.”

In the medium-term, however, compensation alone is not the solution. Robust reform steps must follow, based on improvements to the energy market’s whole cycle (from diversification of production, through to distribution, trade and final consumption based on a wide range of competitive and reliable providers).

The long-term solution is a global strategic approach, a visible strengthening of Europe’s position in the global energy market and a new, more balanced and self-sufficient energy mix that respects the advanced climate-energy milestones which have been set.

Only this will allow the European energy market and the industry and customers that depend on it, to become more resilient to the permacrisis and to the recurring shocks we are experiencing in today’s world. 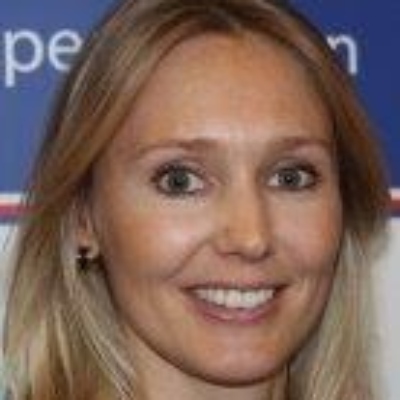