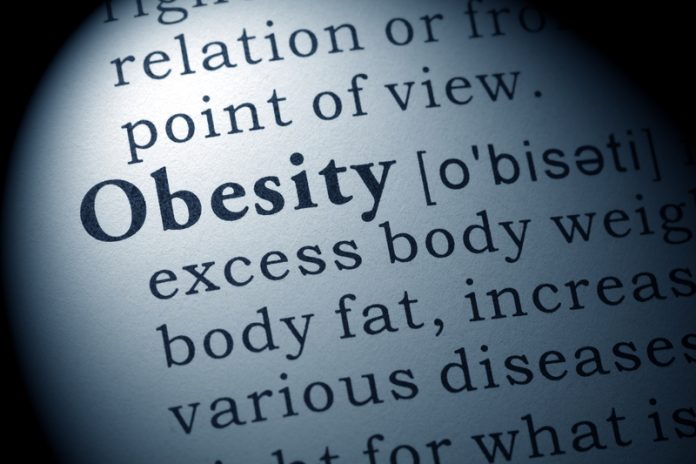 Obesity is a metabolic disease characterised by excessive body fat that is defined clinically as having a body mass index (BMI) over 30. For the first time in human history, the number of obese and overweight people is greater than the number of those who are underweight. An estimated 1/3 of the world’s population currently meet the clinical definition of obese, and it is predicted that approximately half the world’s population will be obese by 2030.

Obesity is a major risk factor for numerous life-threatening diseases, including cardiovascular disease, cancer, and Type 2 diabetes, and in 2014, the global economic burden of obesity was estimated to be $2 trillion. Given the significant health and economic impacts of obesity, there is an urgent need to identify the risk factors involved in the development of obesity. While caloric excess and sedentary lifestyle are classically identified as the main drivers of obesity, these two factors do not explain the recent dramatic rise in the global incidence of obesity.

Factors that are receiving increased scrutiny as potential risk factors for obesity are chemicals that interfere with the action of hormones that regulate metabolism and weight gain. These chemicals, which are referred to as “environmental obesogens”, are thought to promote obesity by interfering with metabolic homeostasis.

In support of the obesogen hypothesis, several human studies have demonstrated a positive association between exposure to environmental chemicals and obesity. For example, increased levels of dichlorodiphenyltrichloroethane (DDT), a pesticide once widely used to control mosquitoes, have been linked to higher BMI in both children and adults in multiple populations around the world. More recently, maternal smoking or exposure to near roadway air pollution have been reported to increase the risk of childhood obesity.

While human studies are essential for assessing the feasibility of the environmental obesogen hypothesis, they do not establish that exposure to DDT, air pollutants, or other environmental chemicals, actually cause obesity. This is because it is difficult to tease out whether other factors that coincide with environmental exposure, such as socioeconomic stressors, may be the actual cause. However, studies of laboratory animals maintained in a controlled environment on a fixed diet have confirmed that at least some environmental chemicals can increase the risk of obesity.

Studies of animal and cell culture models are also providing insight as to how environmental chemicals promote an obese phenotype. For example, environmental chemicals can increase fat storage capacity by increasing the number and/or size of fat cells, known as adipocytes. Cell culture experiments suggest that the industrial chemical tributyltin (TBT) increases the number of adipocytes by activating a receptor that promotes the differentiation of stem cells into adipocytes.

Consistent with these observations, experimental animal models exposed to environmentally relevant concentrations of TBT during development have increased fat accumulation in adipose tissues and the liver compared to control animals. Of concern, these studies suggest that the obesogenic effect of TBT is transgenerational, meaning that TBT may influence obesity risk in not only the individual exposed during development but also in the children and even grandchildren of the exposed individual.

Obesogens have also been shown to affect adipocyte function. Healthy adipocytes not only store energy but also produce hormones that signal throughout the body to control appetite and energy balance. Air pollutants can interfere with both of these processes, increasing the body’s ability to store energy while also decreasing the production of hormones important for metabolic health. The body also contains a special type of adipose tissue called brown adipose, which burns energy to create heat to maintain body temperature. This process is known as thermogenesis, and decreased thermogenesis has been linked to obesity in humans. Developmental exposure to DDT hinders thermogenesis in mice and decreases the expression of genes involved in burning energy.

The hypothalamus is a region of the brain that monitors and responds to changes in the body’s hormonal and nutritional status to maintain metabolic homeostasis, and disruption of hypothalamic function can lead to obese phenotypes in animal models. Recent studies in mice have shown that exposure to air pollutants increases inflammation in the hypothalamus, which can interfere with hypothalamic function, and this effect coincides with increased body weight. Another animal study of the obesogenic effects of air pollution linked increased obesity with decreased expression of hormone receptors involved in appetite regulation. Whether environmental chemicals alter the hypothalamus in other ways remains a critical data gap.

Obesity is a global epidemic that affects adults, children and infants, and the rising incidence of obesity and its related diseases shows no signs of levelling off. These alarming trends warrant research focused on understanding the relative contribution of environmental chemicals to the development of obesity, especially since exposures to environmental chemicals are modifiable risks. However, an effective public health strategy requires determining which of the tens of thousands of chemicals in the human environment have obesogenic activity. It may be possible to address this problem by leveraging cell culture models that express receptors that drive adipocyte differentiation or are implicated in controlling feeding behaviours. Chemicals found to activate these receptors in cell culture at environmentally relevant concentrations could then be studied in preclinical models to confirm obesogenic potential at the organism level. In addition, it will be important to educate the public – especially pregnant women – as to the effects of environmental exposures on the disease risk in their child. Given the increasing evidence linking chemical exposure in utero to increased risk of obesity, it will be important to educate parents on the approaches for mitigating or reducing their exposure to suspected environmental obesogens before, during and after pregnancy, with the goal of reducing the risk of obesity in their children.