Leadership of the digital Government agenda and a loss of momentum in advancing this agenda were recurrent themes in the evidence received during our inquiry.

The Committee concludes that political leadership in digitisation has been lacking in recent years since Francis Maude left his role as Minister for the Cabinet Office during the Coalition Government. This, coupled with the departure of senior Civil Service figures in GDS, has resulted in a slowing in the Government’s digital momentum, as evidenced by other countries overtaking the UK in international rankings.

Concerns were also raised about the role of the Government Digital Service. Although GDS made good progress in its early years on standards and platforms that applied across Government, the Committee heard that the service’s role had become increasingly unclear and that it lacked the authority to encourage the necessary change across departments.

To tackle these challenges this Report recommends:

Throughout this inquiry, the Committee heard that data is the key to ensuring that digital Government can be effective and transformative. If shared properly between departments, it can produce more efficient public services that work for the citizen, thus improving the citizen-Government relationship.

This Report explores the case study of Estonia and concludes that the UK Government could learn important lessons from the way Estonia uses data to improve its public services. For example, the Estonian state ensures that all data is shareable between departments and every citizen has a single unique identifier in which they can view all the data that the Government has about them, as well as which departments have accessed their data, and why.

This Report highlights the steps that the Government has already taken to enhance public trust in data use and improve data sharing between departments, including the establishment of the Centre for Data Ethics and Innovation and the announcement of a National Data Strategy.

However, the Committee is concerned that the Government does not understand citizen’s views on how their data should be used. The Department for Digital, Culture, Media and Sport (DCMS) should ensure that the Centre for Data Ethics and Innovation annually assesses public opinion on Government data use.

Legacy IT systems present a significant barrier to effective Government transformation and digitisation. While the Committee acknowledges the attempts of the Government, its predecessors and individual departments to produce guidance and deal with legacy issues, the same problems frequently recur, suggesting that the Government and Government Digital Service’s advice has not been fully implemented.

This Report recommends that GDS conduct an audit of all legacy systems across Government, including where they are based, what actions to take, the expected cost of such action and the resulting timescales. The Treasury must resource this action adequately.

“The potential that digital Government can bring is huge: transforming the relationship between the citizen and the State, saving money and making public services more efficient and agile. However, it is clear that the current digital service offered by the Government has lost momentum and is not transforming the citizen-State relationship as it could.

“Single unique identifiers can transform the efficiency and transparency of Government services. The Government should ensure there is a national debate on single unique identifiers for citizens to use when accessing public services along with the right of the citizen to know exactly what the Government is doing with their data. In the UK, we have no idea when and how Government departments are accessing and using our data. We could learn from the very different relationship between citizen and the state in Estonia.

“As well as a lack of leadership, we also heard of skill shortages and legacy systems, which increase the risk of cyber security attacks. But addressing these challenges requires money and the Government must be willing to invest to save in the future.

“The Government must re-address its approach to digitisation quickly if it wants to retain public trust and its envied position on the world stage.” 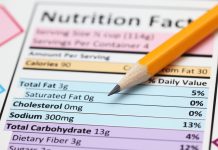 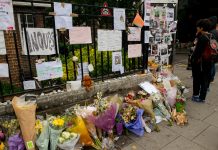