Mike Thomas, Managing Director of Innopsis, the trade association for suppliers of digital infrastructure and services to the UK public sector asks if a health and social care network is a vision or reality

The recently issued Internet First; Policy and Guidance from NHS-Digital has been interpreted that the Health and Social Care Network (HSCN) is a temporary transition network residing in time between the N3 network and the Internet.

The N3 network existed for 16 years supplied by a single organisation. At the end of the contract, a transition arrangement was put into place allowing NHS users to transition to the Health and Social Care Network (HSCN). This transition is still undergoing, with the first wave of connections starting at the end of 2018, following competitive procurements. During 2019, the majority of the N3 connections will be replaced by HSCN connections. The aim is that by 2020, all connections will be on HSCN rather than N3. This activity sets the foundation going forward.

One interpretation is that the recent policy paper means the 34,000 HSCN connections will be now replaced by internet connections? Has the procurements and investments by industry and consumers alike been a waste of time? No, but it does raise some interesting points that users and suppliers should consider.

In simple terms, what is the difference between HSCN and the Internet?

Firstly, we should take note that HSCN includes internet access. Indeed, HSCN does not state whether a private connection or internet connection is used to deliver services.

The ubiquitous access offered by the Internet is particularly attractive to a more mobile workforce. As patients increasingly adopt Full Fibre connectivity and with the dawn of 5G connectivity around the corner, it is likely that in five to six years’ time, health workers will have reliable remote connectivity to enable access to patient records and much more. This will reduce the time take to update and file reports. It potentially will allow more data to be shared with more agency workers.

Similarly, the movement of private servers to the public cloud providers such as Amazon, Microsoft and Google will hasten the adoption. We have seen a number of international healthcare application providers viewing the opportunity that the open HSCN market provides. The cost of porting an existing service into a UK instance of AWS or Azure and delivering to NHS users is almost negligible. The result will be cheaper and faster services using the latest technology.

When it comes to the choice to use a public internet or a private network connection, the answer depends on the business criticality of the connection. Whilst a private connection appears to be the same as a public internet connection, there is a big difference behind the scenes. The infrastructure is much the same, but it is in how the data is monitored and routed that the differences arise. A private connection (IPVPN or SD-WAN) it can be likened to a ‘Bus only’ lane in a city. The private connection has a dedicated routing through networks to ensure that bottlenecks are avoided, traffic is delivered and the routing is known and monitored. Just like a bus lane where the segregation of the bus traffic means that buses have a greater chance of keeping to the timetable, road sensors provide progress updates which means that bus stops are not missed and journeys are not held up.

The Internet is more like a public road. The traffic can be held up or slowed depending on the volume of traffic, the shortest route may not be taken and detours and re-routing are common. Journey times can be a rough estimate rather than fixed. The time of day can impact driving time significantly and it is likely that you don’t know where someone is on the journey.

Given the clear benefit of reliable network connections in pre-emptive healthcare scenarios (e.g. wearables for medical use) and the increasing move towards centralised cloud services, the understanding of the difference between a congested internet connection and a network service with guaranteed SLAs is crucial to the success of the digital vision. This vision is also supported by both the guidance from the NCSC and the GDS, where the needs of the application service are paramount in determining the assurances required.

In relation to interpretations on the NHS policy paper, we need to understand the context of time. To fully migrate into an ‘Internet Only’ world, this would rely on all relevant applications being available on the Internet. The National Centre for Cyber Security (NCSC) suggests that an internet connection is an acceptable option, provided that the service is treated as untrusted and that additional security should be deployed to protect the data in transit.

Currently, the vast majority of applications that NHS workers would need to access are not internet-enabled and do not have the application security recommended by NCSC yet. Indeed, the estimate is that it could be well over seven years before those applications meet the standards published or are replaced. Whilst there are pockets of NHS workers where this will be achievable much sooner as new applications are being deployed, there will need to be a greater focus and investment to bring this gestation period shorter. Therefore, HSCN will remain as the prime choice for NHS consumers for some time.

It is also important that we need to consider the cost. The recent round of procurements were benchmarked against standard Internet connections. The HSCN connections were around 5% to 10% cheaper. Savings will typically be made within the applications and more efficient work practices rather than the connectivity.

The focus for NHS-Digital should be enabling public-facing, internet-delivered, front ends to their current applications, where appropriate. This will help realise the Secretary of State’s vision of an internet-based Health Service, complementing not replacing HSCN. 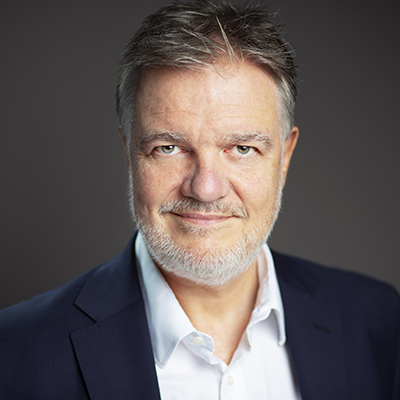