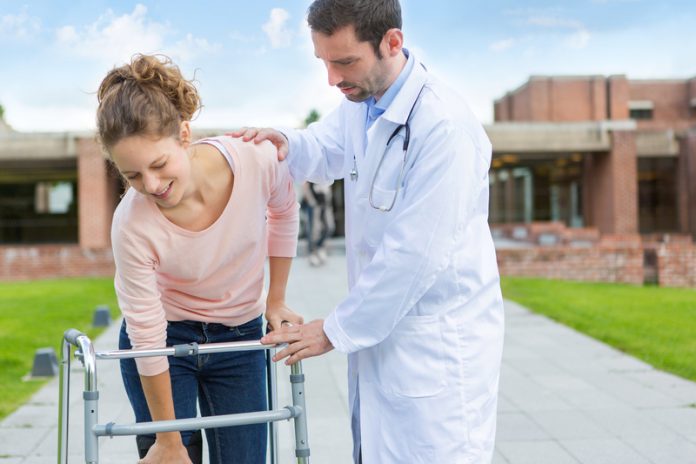 Stroke occurs due to disturbed blood flow to the brain, resulting in cell death and dysfunction in one or several parts of the brain. The 2 main types of stroke are ischemic, due to a blood clot in an artery, and hemorrhagic, due to bleeding into the brain parenchyma.

Each year a total of 17 million people of all ages are struck by a first-time stroke. Approximately a quarter of these strokes occur in people younger than 65 years of age and a tenth in people younger than 50 years of age. In absolute numbers, about 4.25 million annual strokes occur in working-aged individuals and 1.7 million in young people aged less than 50. About a third of all strokes in young people are hemorrhagic, as opposed to approximately 15% of hemorrhagic strokes in older people. Generally, men are at a higher risk for having a stroke and at a younger age than women. Nevertheless, women younger than 30-35 years are at a higher risk of ischemic stroke than men at the same age.

Strikingly, recent studies have shown increasing incidence rates of ischemic stroke in young people while overall incidence has been declining. Worldwide, the number of individuals having strokes aged 20 to 64 has increased by 25% from 1980 to 2010. This startling observation may have many, yet only little-explored explanations. For example, in parallel with this, increasing the prevalence of vascular risk factors, substance abuse, sedentary lifestyle, and increasing time spent sitting, among the young has been observed. More working aged people are also likely to suffer from psychological stress and consequences of 24/7 online lifestyle than they used to do 2 decades ago. Furthermore, diagnostic techniques and awareness of stroke in the young have been improved as speculated explanations. Whatever the reasons, the absolute number of young people having a first-time stroke has been increasing substantially. The overall burden of stroke in the young now represents almost half of the entire stroke burden.

Different outcomes between old and young

Compared to stroke in older people, young stroke is different in many respects. First, they are young, at productive age, making decisive career moves, having family and children to take care of. Stroke may have disastrous effects on all these domains. Second, risk factors and causes underlying young stroke have a different spectrum and thus may affect acute treatment and secondary prevention choices. Third, stroke outcomes have to be faced differently. For example, a good outcome for an elderly stroke survivor may be independence in daily duties, whereas a good outcome for a working-aged counterpart merely means a return to paid work. Young stroke patients, therefore, have unique rehabilitation needs and goals.

Identifying risk factors and pathogenesis form a cornerstone for secondary prevention after stroke. Traditionally, it has been thought that stroke in young people is associated with risk factors specific to young age or factors more commonly detected in younger patients. Such factors include coagulopathies, patent foramen ovale, pregnancy and puerperium, and illicit drug use. Recent evidence, however, shows that the risk factor profile of young stroke patients has changed and now more resembles that of older patients than 2-3 decades ago.

Regarding stroke pathogenesis, older-onset causes like atherosclerosis in the brain supplying arteries, a small-vessel disease of the brain, and certain high-risk cardiac conditions such as atrial fibrillation cause a rather small proportion of ischemic strokes in the young. Dissection in the carotid artery is the most common (15-20%) solitary cause of ischemic stroke in the young, while it is rarely seen in the elderly. More than a hundred other rare causes can lead to ischemic stroke at a young age making the diagnostic workup in young stroke patients a real challenge. Another unique feature in the spectrum of causes of young strokes is the very high frequency of patients without any identified cause: 30 to 40% of ischemic strokes in people aged less than 50 years represent these “cryptogenic strokes”, with the highest proportions observed in the youngest patients. Many of these cryptogenic strokes show an embolic pattern in neuroimaging, raising a suspicion of embolism from the heart, although no definitive source for the embolism can be detected with modern-day diagnostic work-up. Secondary prevention is problematic if the cause remains unclear. Regarding hemorrhagic strokes, structural conditions such as vascular malformations cause a notably larger proportion in the young than in the elderly.

Studies show at least 4-times higher mortality in young stroke patients as compared with background population of the same age. Young patients who survive a stroke have to face a considerable risk of recurrent stroke, other vascular events, and other consequences such as epilepsy and problems with cognition exceeding by far the risks among the stroke-free people. Very limited data exist on the long-term medical secondary prevention after stroke at young age. For instance, should every young patient eat aspirin and statin for the rest of their life is a question unresolved. Young patients tend to be excluded from or have represented a small minority in randomised trials of secondary stroke prevention so the trial results may not be always generalisable to younger patients.

Young people with stroke have unique rehabilitation needs, although only a few studies have systematically assessed these. Available data suggests that young stroke patients have 2-3 times a higher risk of being left without paid work in the long-term than their peers. Stroke affects the entire family and leads to socioeconomic consequences.

Until recently, research on the area of young stroke patients has been based on relatively modest patient samples and suffered from methodological limitations such as single-centre and retrospective nature. The key areas for future research include, investigating the reasons for the increasing incidence of ischemic strokes in young people, deciphering the risk factors and pathogenic mechanisms of cryptogenic ischemic strokes (being the largest group of young patients with ischemic stroke), delineating the specific needs of rehabilitation and how to efficiently deliver rehabilitation in young people after stroke, e.g. assisted with mobile devices. The economic impact of young stroke needs to be assessed. Large prospective studies should investigate the use and adherence of secondary prevention medication after young stroke. Randomised trials should be planned to assess the efficacy of secondary preventive medication in specific situations, e.g. statins in young people without atherosclerosis and oral anticoagulation in patients with cryptogenic strokes. Finally, given the already high and increasing impact of young stroke patients in society, primary prevention strategies deserve rethinking.

Jukka Putaala is an associate professor and stroke neurologist from the University of Helsinki and Department of Neurology at the Helsinki University Hospital.