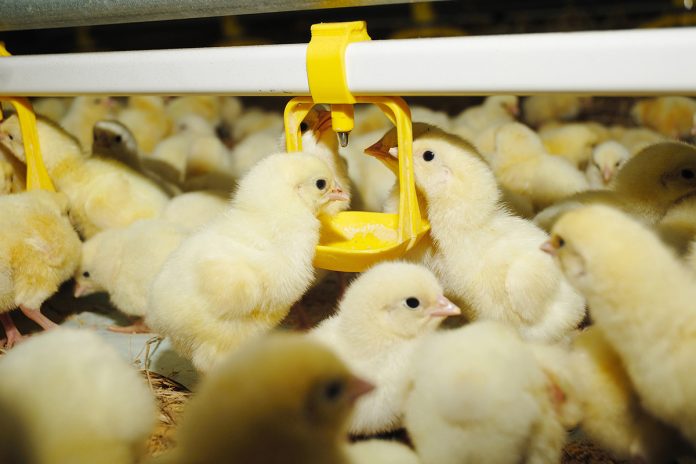 The poultry food system is one of the largest and fastest growing food industries worldwide. It is estimated that more than 50 billion chickens are reared globally every year, for both eggs and meat (broilers). The poultry sector currently outcompetes other meat markets, and more than half of all the meat produced by 2025 worldwide is expected to be from chickens. Meeting the demands of such an expanding market presents a formidable challenge to fertility management for the poultry industry.

A fundamental component to this challenge rests on ensuring consistently high rates of fertility. Yet, the growth of the poultry industry has corresponded with drops in fertility of commercial stocks. Last June, the Wall Street Journal reported that over the first five months of 2017, the percentage of eggs that hatch in US broiler chickens was the lowest in over a decade, with drastic financial repercussions for the poultry industry. A 1% drop translates to an estimated $121 million loss.

Whilst the poultry industry has historically regarded fertility as a physiological problem of some males, on-going research is revealing that this view is misleadingly simplistic. The reality is that variation in fertility is a complex issue because fertility is determined by the interaction of male and female factors at multiple levels.

Artificial insemination experiments combined with recent technological advances in computer-assisted sperm analysis (CASA), have illuminated the mechanisms underpinning the fertilising efficiency of an ejaculate. Both, the number of sperm inseminated and their motility, often measured as swimming velocity, determine the probability that an ejaculate will fertilise the eggs ovulated over successive days following insemination. These factors are especially important in predicting paternity when the ejaculates of different males compete to fertilise the same set of eggs, as often happens in chickens.

A significant development is a discovery that sperm performance is strongly influenced by seminal fluid, the physiological non-sperm liquid component of an ejaculate. Recent proteomic studies indicate that chicken seminal fluid is very complex, comprising of 1,400-1,500 proteins implicated in a diverse array of functions. Experimental evidence suggests that seminal fluid can influence sperm swimming velocity, and whole-genome proteomics of the seminal fluid of ejaculates with divergent sperm motilities have begun to shed light on the proteins implicated in sperm swimming velocity. This is a promising approach that can capitalise on the publication of the chicken genome to pinpoint those proteins responsible for male fertility.

Ejaculates characteristics vary hugely within individual males. Much of this variation is explained by sexual behaviour. The number of sperm, sperm motility and the abundance of individual seminal fluid proteins change drastically because of depletion over successive mating and because of male preferential investment in certain mating opportunities.

For example, males often invest preferentially in mating with sexually novel females or females that mate with other males. As an extreme form of differential sperm allocation, males often mate without delivering any semen. We have shown that this puzzling behaviour makes evolutionary sense because it reduces the receptivity of a female to mating with other males while simultaneously enabling a male to save resources for more valuable mating opportunities soon. These behavioural responses have crucial – but little appreciated – repercussions on patterns of fertilisation.

It is becoming clear that females play a fundamental role in their mating behaviour and their response to inseminations following mating. For example, our work has shown that females can control the mating frequency and can change when in the day they mate plastically in response to the social environment. This is important because the probability that an insemination results in fertilisation changes drastically over the day. Female responses after mating also have a crucial impact on the fertilisation success of an insemination.

Our work has shown that females can eject up to 90% of an insemination immediately after mating and that the probability of semen ejection changes predictably across males and with mating order, drastically reducing the chances that some males will achieve fertilisation despite mating. Other post-mating responses are more subtle but no less influential. Sperm is stored in specialised female sperm storage organs for up to three weeks.

While the mechanisms underpinning female sperm storage remain unresolved, our work suggests that ejaculates are not treated equally by the female reproductive tract. Differential female sperm utilisation is influenced by the genetic similarity between a male and a female and female immunological responses to his sperm. These female effects are important in determining the fertilisation success of different partners, and can also reduce the number of eggs fertilised, particularly in conjunction with male effects.

While the notion that fertility is strongly influenced by male or female effects may come to no surprise, less appreciated is the fundamental role played by social interactions among individual birds within the flock. In fact, this is an aspect of fertility that has been largely ignored by the poultry industry. Chicken flocks are tightly structured in sex-specific social hierarchies. The position of individual birds within the hierarchy determines access to mating opportunities and the exclusivity of these mating interactions.

Factors such flock size, sex ratio and the structure of the environment further modulate these effects – by determining who gets to mate with whom, how often and when in the day. These effects can result in physiologically fertile individuals underperforming with consequences for the fertility of the entire flock, with drastic consequences for the reproductive success of individual birds and the fertility of the whole flock. Importantly, social dynamics that lead to poor fertility often also lead to poor animal welfare with intense male sexual harassment of females.

The complex nature of fertility means that traditional tools based on single assays of male fertility traits are often inadequate. Instead, a precision approach is required, developing management strategies tailored to individual flocks. These strategies must integrate information at different levels, combining multiple male fertility traits with data on female sperm utilisation and – crucially – patterns of socio-sexual behaviour. This integrated approach promises to deliver a more efficient management of fertility in commercial flocks, with possible benefits for animal welfare.