The infamous naturalist, John Muir, founded a highly influential environmental advocacy group in 1892, known today as The Sierra Club. He believed that Indigenous Americans did not belong in the natural landscapes that he revered, and made similarly derogatory remarks about Black people.

This dehumanisation stood in contrast to the pure way that Muir saw the land itself.

Humans, especially non-White peoples, did not fit into this sublime vision. As a result of similar thinking, the field of Western conservation cut out Indigenous societies from the ideal natural world that conservationists wanted to return to.

Now, researchers are recognising that human absence from natural landscapes was never a lived reality. A team of archaeologists, ecologists, anthropologists and conservation managers reconstructed ancient population and land use. They found that by 12,000 years ago, humans had re-shaped much of the terrestrial biosphere – using sustainable ecosystem management.

“Not all human activity is ‘bad'”

Professor Nicole Boivin, Director of the Department of Archaeology at the Max Planck Institute for the Science of Human History in Jena, Germany, said: “Much of the land area we regard today as ‘wild’ has in fact been shaped by millennia of human activity. But not all human activity is ‘bad.’

“Our study found a close correlation between areas of high biodiversity and areas long occupied by Indigenous and traditional peoples.”

If not humans, what is the problem?

“The problem is not human use per se,” explained Professor Boivin.

“The problem is the kind of land use we see in industrialised societies – characterized by unsustainable agricultural practices and unmitigated extraction and appropriation.”

Today, the Amazon rainforest suffers from illegal extraction of gold that poisons the drinking water and creates deforestation, which both harms the Indigenous people who live there and the Earth. In another vein, ongoing deals by companies to buy land has become a form of morally grey act – often, the result is a lack of food and work for local populations.

Assistant Professor Marc Muller, working on land-grabbing research, said: “As a matter of fact, the data from the household surveys we studied showed a consistent decrease in diet diversity after the deals took place.”

‘We are arguing for something different’

Professor Boivin further commented: “Some earlier conservation efforts focused on removing people from the equation to protect natural landscapes, or to allow human-altered landscapes to return to their pristine state.

“We are arguing for something different.

“We need to recognize that some types of human activity – particularly more traditional land management practices that we see in the archaeological record or practiced today by many Indigenous peoples – are actually really supportive of biodiversity. We need to promote and empower that.” 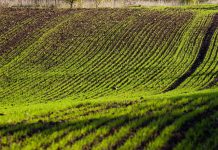