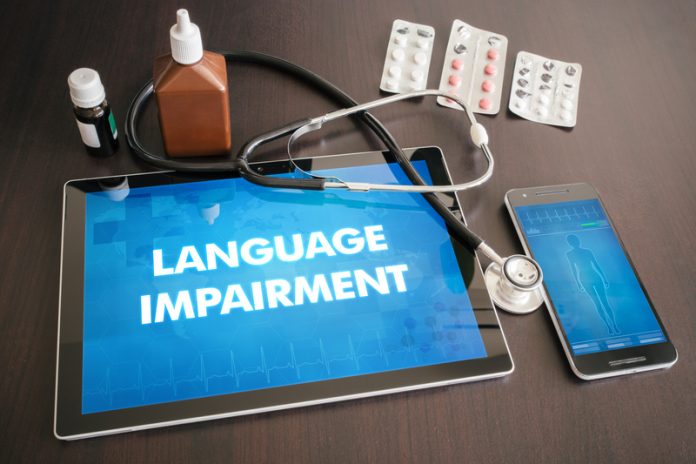 It has long been held that a mother’s education is a key factor in the development of their child’s language. However, the link may not be as strong as previously thought, writes Mabel L Rice

Children develop language as they interact with parents, siblings, and people in the neighbourhood. For decades, the extent of mother’s education has been recognised as an important indicator of the resources of the home related to children’s social, cognitive and vocabulary development(1.)

Recently, the New York Times featured an article on its front page that tied higher levels of maternal education to maternal age, due to the additional years of schooling, which in turn delays the start of families but adds to the family financial resources. The age that women become mothers also varies by geography and in the U.S., these factors are also linked to socio­economic status and urban versus rural residency. In turn, these differences are linked to political decisions and public health policies.

Given the current spotlight on maternal education, it is time to revisit what is known about the relationship of maternal education with children’s language acquisition and whether it plays a role in risk for Specific Language Impairment (SLI), defined as a language disorder that delays the mastery of language skills in children who have no hearing loss or other developmental delays.

It would be tempting to think that maternal education could play a large role in children’s language acquisition, broadly across all dimensions of language, or in accounting for SLI or providing ways for a child to overcome SLI. Such interpretations would not be consistent with available evidence, however, which shows a more complicated picture of the relationship between maternal education and children’s language acquisition.

The best evidence comes from long-term longitudinal studies of children with and without SLI. In a study of 240 children with SLI and 279 unaffected children that included longitudinal measures from two-and-a-half to 21 years of age, across all participants children of mothers with higher education had higher performance on vocabulary tests over time(2); however, the effect was weak, accounting for 1.3% of the variance on the vocabulary test.

A study of 1,255 twins at four and six years of age reported that children of mothers with higher levels of education had higher scores across multiple outcome measures (vocabulary and grammar(3.) On the other hand, an epidemiological study of 1,766 24-month children reported that risk for late appearance of words was not associated with particular strata of parental educational levels or socioeconomic resources(4.) Perhaps a longer span of word learning is more sensitive to influences of maternal education, or perhaps the effects are not as strong for predicting low levels of word acquisition.

Another programme of study focused on the finiteness requirement of verb conjugation in English and other languages (6.)This is the requirement for well-formed sentences to mark past tense, the third person singular -s, conjugated forms of BE copula and auxiliary, and insertion of DO auxiliary in questions such as “What do you want?”

These grammar markers appear in the speech of toddlers, although English-speaking children tend to omit them inconsistently throughout the toddler period and beyond.

Using a similar task, a study of 130 SLI children, 100 non-specific language impairment (children with low nonverbal IQs), 73 low cognition children (passed language and hearing testing but had low nonverbal IQ) and 117 unaffected controls reported initial test levels in kindergarten for all four groups and longitudinal outcomes for the other three groups between six and 10 years. Mother’s education did not predict accuracy on the grammar marker in kindergarten or growth in accuracy between six and 10 years in any of the groups(9.)

Another study used tasks requiring children between the ages four and eight to make judgments of sentences similar to sentences they produce with omitted finiteness markers and compared children with SLI, younger controls and same age controls. Mothers’ education did not predict growth in children’s judgments of errors for any of the groups(10.)

A further study documented ongoing acceptance of omitted BE and DO in questions, in children with SLI but not their unaffected peers aged six to 15. Mother’s education did not predict performance for either group of children on this grammar task(11.)

In a large sample of 16-year-old twins, the correlation of mothers’ education with grammaticality judgments for the question finiteness task was .16, statistically significant but low, accounting for only .0256% of the variance(12.)

Another measure of young children’s early language is their mean length of utterances, measured in words and morphemes such as finiteness markers and others such as plurals and prepositions. In a longitudinal study of an SLI group and a younger MLU-matched group, mother’s education did not predict growth for either group in vocabulary scores or MLU between three and 10 years(13.)

A study of MLU in 306 children ages three to nine with SLI (170) and without SLI (136) found no evidence of an advantage in MLU growth for the children of higher educated mothers at the initial times of assessment. Further, there were low correlations between siblings within the families of the target children(14.)

Revisiting the focus on mother’s education

Although mother’s education is surely an important factor in a family’s social and economic resources and in many aspects of children’s lives, it appears that the influence of this metric on children’s language acquisition and the developmental trajectories of various linguistic manifestations of SLI is modest at best.