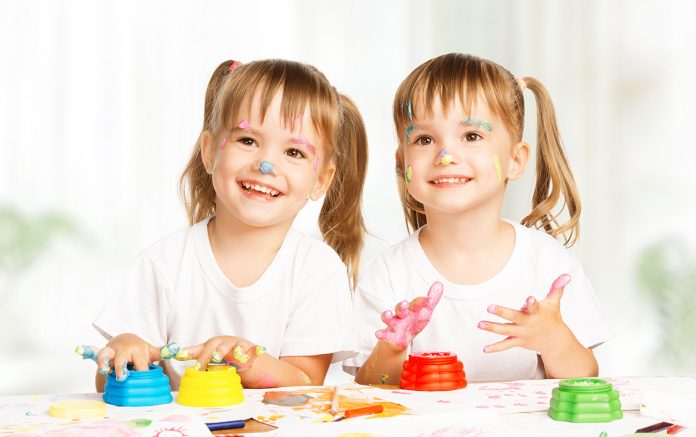 One unexplained kind of language impairment in children is known as Specific Language Impairment (SLI). As the name implies, children with SLI have language impairment “specifically”, i.e., with no other conditions that are known to cause language impairment. The children with SLI do not have overt neurodevelopmental disorders, hearing impairments or other syndromes such as autism spectrum disorder (ASD) or Down syndrome. The causes of SLI are a puzzle, given that language acquisition is very robust in most children despite great variations in other dimensions of children’s development and great variations in the ways in which families around the world raise their children. It is not necessary for families to explicitly “teach” their children the grammar of their languages; instead, children seem to spontaneously “pick it up” when they are toddlers and quickly increase their abilities thereafter. Yet the children with SLI start their language systems later and are at risk for persistent low language abilities into adulthood.

The cause of SLI is unknown, although there is growing evidence pointing toward the likelihood of inherited risk for SLI. Twin children provide an informative “natural experiment” for evaluating possible inherited factors contributing to SLI. Here I will summarize the logic of twin studies and outcomes of recent studies that support possible inherited factors on the causal pathway for language impairments such as SLI. I will also note how twins’ language acquisition differs from that of single-born children.

The case of twins

Twin children are paired in their development before they are born, sharing their mother’s uterus; they are born at the same time and share their home environments as they are raised and grow through childhood. Nature provided essential differences across pairs of twins, in the form of two kinds of pairs. Monozygotic (MZ) twins, sometimes called “identical” because they tend to look alike, begin as a single fertilized egg that splits into two, i.e., the two children develop from one zygote, which splits and forms two embryos. Dyzgotic (DZ) twins, sometimes called “fraternal” because of their “brotherly” or sibling status, develop from two different eggs, each fertilized from its own sperm cell. Thus, MZ twins can be thought of as “duplicates” genetically whereas DZ twins are siblings who happen to be the same age. MZ twins are the same sex; DZ twins may or may not be the same sex.

Two pairs of twins are illustrated in Figures 1 and 2. Following common scientific conventions for showing pedigree relationships, Figure 1 depicts twin MZ girls, where the circles represent females (males are represented by squares), and the connected diagonal lines above their heads indicate MZ connectedness. In contrast, the DZ twin girls are female siblings without a connecting line between the two pointing lines. In these figures the level of language abilities for each child are indicated by the letter “L” within their heads. The MZ twin pair shares a large black “L” indicating robust language ability. The DZ twin pair has two different language symbols; one twin has a small red “L” instead of the expected large black letter, indicating one of the girls has low levels of language ability. Presence of the same trait, such as language ability, in both members of a twin pair is known as “concordance.”

The logic of twin behavioral research

Methods of behavioral genetics research build on the notion of concordance to estimate the sources of similarity and differences within twin pairs. This is represented by the equation h2+c2+e2=1.00, with “h” for heritability, “c” for environmental effects common to the twin pair, such as the resources of the home, and “e” for environmental effects unique to each twin, such as an episode of meningitis during infancy. Larger values for h2 are interpreted as increased likelihood of inherited influences on the trait, although the exact molecular genetic mechanisms are not revealed by the method.

At the outset of language acquisition, twins can be compared to single-born children in the acquisition of early language milestones. An open question is whether twins may lag their age peers at the outset of language acquisition. A twinning effect could be related to the additional care required by two babies instead of one. If so, the expected outcomes would be as depicted in Figure 3, such that, irrespective of the kind of twin pairs, twin children could score lower on early vocabulary acquisition than same age singleton children.

Twinning effects. Recent studies document twinning effects in the language acquisition of 24-month-old twins1 and again at 4 and 6 years of age2. The outcomes are depicted in Figure 4. The “X” in the figures show that, instead of the expected score of 100 (or, 50th percentile) for their age, the children score a standard score of 90 (about the 25th percentile). Also, the figure indicates that the DZ twin children, on average, score somewhat higher than the MZ twins, a statistically significant difference that resolved by 6 years of age. These outcomes were found across multiple measures of language and speech development at each age level. These findings do not support the notion that a twinning effect is due to the burdens of raising two children because one kind of twin pairs was less likely to experience twinning effects than the other kind, although the child-raising burden posed by two babies would be the same for both kinds of pairs. Instead, the findings point toward a possible zygosity effect based on differences between the kinds of twin pairs, differences perhaps biological in nature. Twinning effects decreased slightly from 4 to 6 years, with a statistically significant improvement, moving toward the age-level expectations, although the gap is not yet closed with the age peers at age 6 years.

Heritability outcomes also tend to be higher when studying children at the same age level and dividing the group into two, comparing twins in the typical or above range versus children who score below age peers. This can be called “heritability of language impairment” in samples of twins screened for children with clinical diagnosis of neurodevelopmental disabilities. A recent study of 16-year-old twins reported substantial heritability for language impairment3. For a grammar task, the estimates for genetic influence on low performance levels ranged from .36 with the criterion of the lowest 10% of the group to .74 with the lowest 5% of the group.

Inherited influences on language acquisition in young children are suggested by heritability estimates from studies of twin children, although the exact molecular genetics are not yet identified. Although environment plays a role in language acquisition, the possibility of stronger inherited effects for children with levels of language substantially below age expectations further adds to the support of likely inherited influences in the causal pathways for SLI. Studies of twins suggest that heritability increases with age and is stronger for some dimensions of language than others, with grammatical abilities perhaps more heritable than vocabulary, for example. An important caveat from twin studies is that it is very important to be mindful of possible twinning effects on language in young twin children, effects which differ from the condition of SLI. On the other hand, a better understanding of the causes of twinning effects on language could help reveal characteristics of cortical development that guide language acquisition in young children or that are immature in children with SLI.

Please Note: this is a commercial profile