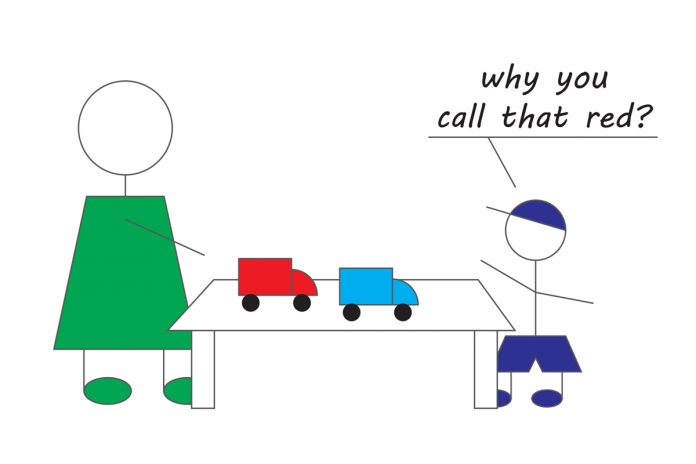 Mabel L. Rice, Distinguished Professor of Advanced Studies at the University of Kansas argues that children’s utterances provide valuable clues about how their language develops and hallmark areas of grammar weaknesses in those with Specific Language Impairment (SLI)

When we want to learn a certain language, we have many kinds of reference materials to consult, benchmarked to the adult language system. In contrast, children’s grammar has not yet been fully documented. An important source of information in this area of study is what children say. Early studies were done by parent scientists, keeping diaries of what their child said. In 1973, Roger Brown realised the value of new technologies for recording speech with portable devices for the purpose of studying children’s early language in detail; he reported the outcomes in a benchmark book1 and established new scientific methods for recording child utterances.

Language appears late in children with Specific Language Impairment (SLI), although other developmental benchmarks follow age expectations. The causes of delayed language acquisition are unknown. The details in what children say provide valuable clues about weaknesses in their linguistic system. Informative dimensions are what they talk about (i.e., content) and the sentence structures they use (i.e., linguistic form).

For example, during the preschool years, children learn the names of colours. This can take longer than expected for children with SLI. Consider a six-year-old boy, Stevie, whose language is immature for his age. He does not know the names of colours, which is a limitation in a classroom with colour-coded spaces and signs. For example, an adult tries to teach him the names of the colours “red,” “blue,” “green” and “yellow,” using simple blocks and toy objects and repeatedly asking “what colour is this?” This approach is pursued for several months, with no apparent success. One day, Stevie asks the adult, with genuine bewilderment, “Why you call that red?”

What clues are provided by his question? On the content level, Stevie is perplexed about using a word to refer to the hue of an object, or that this is a meaningful way to differentiate objects (although he certainly knows about broken objects, dirty objects and his versus my objects). Stevie subsequently works this out on his own, without continued prompting and with pride in his accomplishment.

However, his more significant problem with language is less apparent and is at the level of sentence structure. His sentence: “Why ­­­___ you call that red?”, is missing the required auxiliary DO (the italicised capitalisation conveys the citation form that would include the words “do”, “does,” and “did”). This is often thought of as a “little word” that can be omitted without hampering communication.

Although most speakers of English use the rules that apply to the use of auxiliary DO, they rarely know the structure of the underlying rules and are highly unlikely to explain the rules to their children, in contrast to the ways parents often focus on the names of colours. Instead, parents may sense that a six-year-old’s grammar is “immature” if such forms are omitted, although they are unaware of exactly what is missing.

Advances in linguistic theory in the early 1990s identified systematic ways in which young children learn the property of grammar known as “finiteness marking”2. In English, a set of forms mark finiteness: Auxiliary DO in questions (but main verb DO is different grammatically), copula and auxiliary BE, past tense -ed, or a default to the citation form of the verb for irregular past tense (“run” instead of ”ran”) and third person singular -s, as in “walks”3. In the case of children with SLI, a stage of omission of these forms is likely to persist into adolescence, long after unaffected children have mastered it4. This part of the grammar has served as a reliable clinical marker of children with SLI5 with high heritability6,7.

Stevie’s question reveals the need for understanding two distinct dimensions required for language acquisition: 1. Children’s conceptual development as a basis for language concepts expressed in words and 2. The ways in which grammar works with linguistic constructs such as tense marking, subject/verb agreement and word order requirements, such as the insertion of auxiliary DO in Wh- questions.

Although the meaning part may be more intuitively obvious and more likely to be overtly taught, for most children no explicit teaching is needed for learning grammar. Yet, for children with SLI, the requirement to mark finiteness is not readily learned and instead continues to be treated as optional, even though it is a required element of a well-formed sentence. Perhaps Stevie’s question reminds us that the most obvious “error” is not necessarily the only error or the most important one to note. Our sense of what to notice is affected by our knowledge of where to look, even for something as commonplace as children’s language.

4 Rice ML, Hoffman L, Wexler K. Judgments of omitted BE and DO in questions as extended finiteness clinical markers of specific language impairment (SLI) to 15 years: A study of growth and asymptote. Journal of Speech, Language, and Hearing Research. 2009;52:1417-1433.