It’s becoming an urban myth, talk of one type of COVID being worse than another. It is an excuse attributed to country leaders, to explain why their pandemic was so easy (look at Switzerland) or why their pandemic is a never-ending chaos (looking at the UK).

However, the virus is still alive and has the biological possibility to change as it encounters the world. The question is, what does that mean for future vaccines?

A group of graduate students in a spring-semester Bioinformatics and Systems Biology class at Illinois tracked the mutation rate in the virus through time, starting with the first SARS-CoV-2 genome published in January and ending more than 15,300 genomes later in May.

How much worse is COVID-19 now?

The good news is, except for some regional mutations, most of the genome is stabilised – so staying to one form, making it easier to find a vaccine.

The bad news? Some of the regional mutations.

“The virus is changing and changing, but it is keeping the things that are most useful or interesting for itself,” says Gustavo Caetano-Anolles, professor of bioinformatics in the Department of Crop Sciences at Illinois and senior author on the study.

The research team documented a general slowdown in the virus’s mutation rate starting in April, after an initial period of rapid change. This included stabilisation within the spike protein, those pokey appendages that give coronaviruses their crowned appearance.

Within the spike, the researchers found that an amino acid at site 614 was replaced with another (aspartic acid to glycine), a mutation that took over the entire virus population during March and April.

Are the proteins important?

The research team says these are regions to watch, because increasing non-random variability in these proteins suggests the virus is actively seeking ways to improve its spread. Caetano-Anolles explains these two proteins interfere with how our bodies combat the virus. They are the main blockers of the beta-interferon pathway that make up our antiviral defenses. Their mutation could explain the uncontrolled immune responses responsible for so many COVID-19 deaths.

Crucially, the stabilisation of certain proteins could be good news for the treatment of COVID-19.

According to first author Tre Tomaszewski, a doctoral student in the School of Information Sciences at Illinois, “In vaccine development, for example, you need to know what the antibodies are attaching to. New mutations could change everything, including the way proteins are constructed, their shape.

New mutations could change everything, including the way proteins are constructed, their shape.

“An antibody target could go from the surface of a protein to being folded inside of it, and you can’t get to it anymore. Knowing which proteins and structures are sticking around will provide important insights for vaccines and other therapies.” 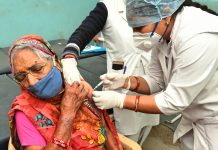 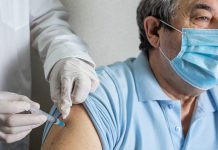 Infrastructure and jobs for energy and mobility

How do you manage and control disparate data?