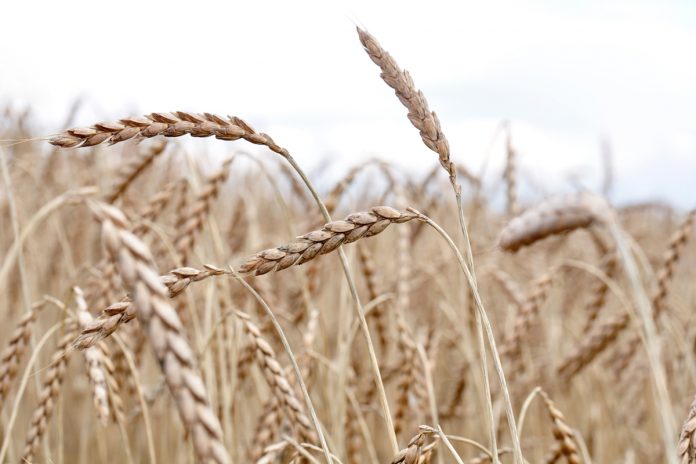 The diversity of cultivated cereal species and varieties has been severely reduced over the past 50 years. Even though there are regional differences, common wheat, grain maize and barley are the most common cereals grown in the EU, accounting for more than 85% of cereal yields and more than 78% of cereal production by area. Many of the diverse cereal species domesticated during the Bronze Age are no longer widely grown or their cultivation is declining. This is true of rye, oats, spelt, einkorn and emmer (hence referred to as minor cereals) that are part of the cultural heritage of several European countries.

The EU FP7-funded project – HealthyMinorCereals – aims to boost the cultivation and use of traditional European cereals to benefit:

The market analysis has focused on naked oat (Avena nuda L.) and spelt (Triticum spelta L.). Historically, spelt used to be a common cereal in the Czech Republic, mainly in the areas inhabited by German speaking people; but later, during the socialist era, it disappeared. Its revival came after 1990 and was greatly helped by the emerging organic market in the neighbouring countries of both Austria and Germany. The experience of cultivation, processing and the marketing of spelt came from the organic market in these countries. The first seeds were imported, but soon Czechs started breeding their own spelt varieties.

These cases illustrate, that minor cereal production in the Czech Republic is mainly connected to organic production. PRO-BIO Ltd. is an example of a successful company involved in the development of the Czech organic market since its beginning. The company has developed a whole organic supply chain: processing facility, wholesale retailing and distribution of food products all over the Czech Republic. More recently, PRO-BIO is also active in trading seeds for organic farmers.

Oats (Avena sativa L.) is a traditional crop in Estonia, grown on about one tenth of the Estonian cereals acreage. It plays an important role in organic production. A remarkable role in the organic oats market belongs to the farmer’s cooperative Wiru Vili founded in 2009. At that time, Estonian organic farmers wanted to sell about 500 tonnes of organic oats, but none of the Estonian traders were interested.

So, farmers started to trade the cereals themselves and mainly exported it to Germany. Since 2015, the cooperative exports Estonian organic cereals to North America. The success of Wiru Vili is linked to its high product quality (the cooperative has its own quality assurance scheme) and at the same time, ensuring the best and fairest price for the producers. Thanks to the cooperation of organic cereal producers organised by Wiru Vili, Estonia is the world’s second-biggest exporter of organic oats. In contrast to the well-organised export market, its domestic market remains uncoordinated.

Switzerland is not a member of the European Union and protects its producers from cheap imports. The arable production and the milling sector profit from this protection. Some decades ago, spelt was the most common cereal produced in the northern and central part of Switzerland, as it is well adapted to the cold and rainy weather and low soil fertility of this region. However, in 1993, it was only grown on 1000 ha; today it is grown on 4000 ha (i.e. 3% of the arable land in Switzerland).

In contrast to the Czech Republic and Estonia, the organic sector is not the main actor in spelt production in Switzerland. More than 70% of spelt is traded by the Spelt Interest Group (IG Dinkel), founded by farmers and millers in 1995, and under their own trademark “UrDinkel” (PureSpelt). The whole production cycle – seed production, dehusking, milling and supply to bakeries – is organised by IG Dinkel. Only two spelt varieties (Oberkulmer and Ostro) can be traded as “UrDinkel”. The main producers of UrDinkel are so-called IP Suisse farmers. IP (Integrated Production) thrives on its reduced use of pesticides and implements measures to protect biodiversity.

This project has received funding from the European Union’s Seventh Framework Programme for research, technological development and demonstration under grant agreement n° 613609. The views expressed in this publication represent only the views of the authors. The European Union is not liable for any use that may be made of the information contained therein.