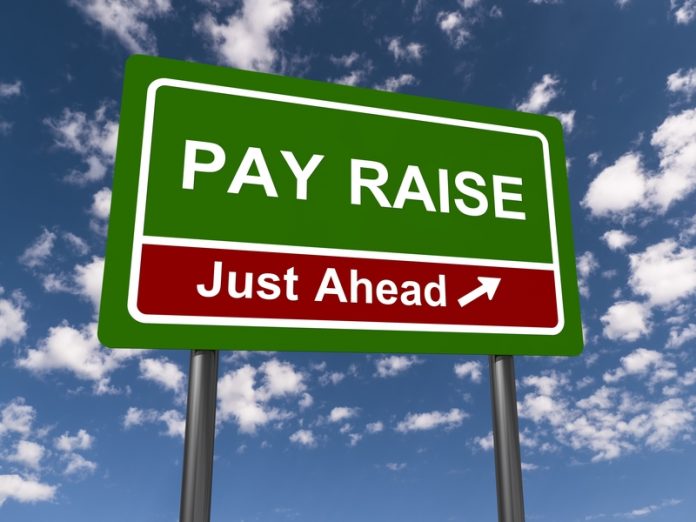 Around one million public sector workers are set to benefit from the biggest pay rise in almost 10 years, the government announced today (24 July 2018)

The 1% cap ended last year in recognition that dedicated public sector workers deserve a pay rise. This follows the 6.5% pay rise over three years that was announced in March for more than a million nurses, midwives and other Agenda for Change staff, in return for modernisation of terms and conditions.

A balanced approach to the economy means that today’s increases are affordable within government spending plans:

The increases are funded from departmental budgets. Current and future affordability across the whole public sector was considered when agreeing final awards, alongside the advice of the Pay Review Bodies. This is to ensure that resources are available to invest in public service improvement, and that awards are sustainable without an increasing burden of debt being passed onto future generations. The UK already spends around £50bn a year on debt interest, more than is spent on the police and armed forces combined.

Today’s announcement is on top of good overall remuneration packages in place for public sector workers: