Thierry Libaert from the European Economic and Social Committee (EESC), charts the outlook for consumption and the environment in Europe

For about 30 years, there have been far-reaching changes in the consumer landscape in Europe. Changes in lifestyles and consumption patterns, particularly with the arrival in Europe of the first online sales in 1995, standardisation of equipment and the need to cater for environmental requirements, have all helped to reshape our consumption habits.

The 30th anniversary of the European Economic and Social Committee’s Consumers and Environment Category in October 2021 has provided an opportunity to take stock of the situation.

An economic situation that remains worrying

Economic growth since the early 1990s has allowed Europeans to diversify their consumption practices, but these reflect numerous differences.

Firstly, because developments were not uniform, and the 2008 crisis, which resulted in declining consumption, had a lasting impact, with an overall slowdown in all 27 Member States. The lower value and volume of purchases were caused by lower income growth. A significant consequence was the increase in unavoidable expenditure – expenditure that households have to make regularly over which there is no flexibility. This applied to repayment of mortgages or payments for rent, car use, electricity, gas and water expenses, insurance, social security contributions and telecommunications bills, and, of course, concerned the most disadvantaged groups.

Consumption became digitalised, it shifted towards services, people were tending to rent rather than buy, and they were increasingly going out for meals rather than eating at home. However, it was undoubtedly e-commerce and the fact that 90% of European households now had access to the internet that most affected consumption patterns. The COVID crisis has magnified this trend, particularly in older people (aged 55 and over), more than half of whom now order products or services online in Europe. One consequence is the steady, progressive decline in the retail industry in almost all sectors such as clothing, cultural products and even car dealers.

Another major trend is high pessimism among most European consumers. 45% of Europeans say they do not have confidence in humanity, 60% think we have reached the point of no return, and 75% think that consumption habits will not change and that the earth will continue to be plundered for its resources. (1) Indeed, worried about the future, 54% of Europeans want to continue to save more, compared to just 34% who want to spend more. The difference between these two figures is the greatest it has been for about fifteen years. And not surprisingly, the sector with the greatest potential for spending as we come out of the COVID crisis is the travel and leisure industry. Having been stuck at home or restricted when it comes to travel for too long, Europeans are now dreaming of getting away.

The COVID crisis had other effects – and it is difficult to tell whether they will be lasting – such as the growth observed in the interior decoration or DIY sectors. The trends that are expected to persist relate to previous developments such as in the digital sector, meaningful (local, fair, sustainable, etc.) products and, connected with the increasing share of unavoidable expenditure, high price sensitivity.

From a production Europe to consumer Europe

EU action for consumers was a long time coming, as the first document setting out the EU Consumer Protection Strategy dates from as far back as 1975 and the department responsible for consumer policy was not established till 1989. Things moved fast after that. The directives covered all consumer issues, particularly with a view to protecting consumers, for example, the Unfair Commercial Practices Directive, the Consumer Rights Directive and the Consumer Sales and Guarantees and Price Indication Directives.

The European Parliament has played its full part, in particular, by connecting environmental issues to consumer practices. This is reflected in the July 2017 resolution combating planned obsolescence and the November 2021 resolution limiting incentives for hyperconsumption.

The European Economic and Social Committee has been able to play its full role as a pioneer and convey the expectations of civil society in areas such as collective action, consumer participation in the operation of the single market, product lifespan, the functional economy, collaborative communication and many others.

Our work will focus particularly on forging increasingly close links between consumer protection and environmental protection, as we are convinced that the two are connected. Sustainability and reparability are good examples of this, along with consumer protection in the face of misleading environmental claims. The Green Deal, the Fit for 55 plan and the carbon neutrality objective cannot be achieved without effectively involving European consumers. Consumers have now realised that their purchasing can influence businesses’ behaviour patterns and lead them to take a greater interest in CSR issues and thus to provide more environmentally friendly products. This is also a great source of consumer confidence for Europe.

By engaging with the day-to-day issues of European consumers and their high environmental concern, the European Union is demonstrating that having achieved its original economic purpose, it is now wholeheartedly pursuing the objective of wellbeing for its people. It is the Europe that is close to the people, the Europe of Europeans, that we want. 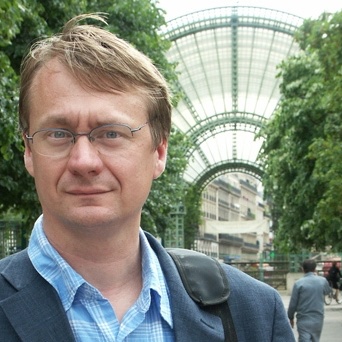