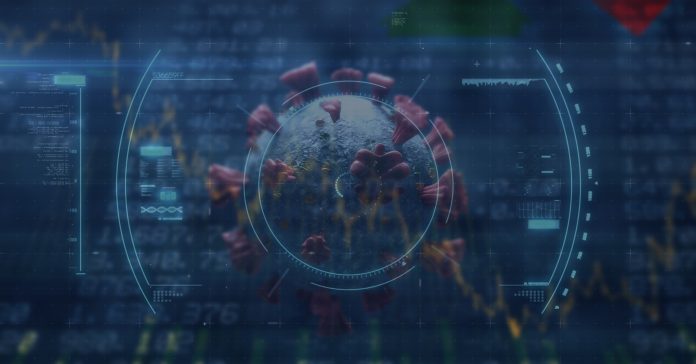 Natalie Taylor, MD Public Sector at Foundry4, explores how UK Government can use data as a tool to recover economically from the COVID-19 pandemic

They call it the “new normal” for a reason. COVID-19 has impacted every part of ordinary existence, pushing terms like “social distancing” into the collective lexicon and making face masks a must-have accessory. As we wait for the pandemic to pass, the optimist in me can’t help but point to the innovations that have been undertaken over the past ten months.

On the one hand, some of these innovations were delivered very quickly, particularly processes enabling new economic support through the likes of the furlough scheme. In terms of technological innovation, the contact tracing system provides an intriguing case study.

In the absence of a vaccine for most of the year, our only hope to return society to something resembling pre-pandemic times was a method to identify infected people and their close contacts. Of course, the UK’s attempts in this area received a somewhat mixed scorecard, prompting negative headlines citing privacy concerns and significant delays.

By the time England and Wales settled on a version of the app for widespread rollout, the damage was done. The reputation of data as a tool in the UK’s COVID-19 recovery was tarnished.

Despite these significant hurdles, the app has highlighted the potential of data. This is not only in the fight against the immediate impact of COVID-19, but as an underused tool across central and local government as the public sector looks to improve citizen services and rebuild the UK economy.

As we commit more hope to the vaccine roll-out, it’s worth putting aside the imperfect results of the NHS app and focusing on the data-led innovation that allowed it to be built. The cultural change it represents within the public sector is also underpinned by a willingness to embrace new approaches to seemingly insurmountable problems.

As the country emerges from the pandemic, the government’s biggest challenge for the year ahead will be to implement infrastructure and standards that enable inexpensive, secure and flexible data management. After all, many of the inefficiencies in government departments, and also in private sector businesses adapting to a remote world, can be attributed to the absence of this. Just as retailers unable to tailor online services will struggle to engage and retain customers, inadequate data handling will prevent the public sector from delivering world-leading citizen services.

The government’s recently announced National Data Strategy provides a strong mandate and starting point, to refocus the digital evolution in the public sector that somewhat fell by the wayside as the GDS lost momentum.

Such a strategy can help government departments improve the way they deliver public services. This could manifest itself as a vigilant eye over performance KPIs, allowing regional or national leaders to identify areas of concern or delays with suppliers. On a more sophisticated level, a data-driven approach can ensure scarce resources are deployed as efficiently as possible.

Many of the ingredients are already in place to bring this vision to life. For example, one of the key achievements of GDS was to introduce personnel into government with genuine technical ability, from researchers to developers. There is more work to do here to embed data skills across the public sector workforce, allowing it to work alongside suppliers to build better, data-driven services.

However, for data to truly reform processes and public services in the pursuit of an efficient and government-led recovery, we need several things. Firstly, legislation and professional standards will need to catch up. This became most apparent last year when Harriet Harman, Chair of the Commons Human Rights Committee, described existing data protection as fundamentally incapable of dealing with the scope of a contact tracing app that will see wide deployment in the public. Updating legislation to encompass wide-scale data-driven applications will require innovative thinking from lawmakers.

Separately, professional standards will play an important role, particularly as data insights are derived from multiple government departments. The aforementioned National Data Strategy shows good intentions on this front, putting consistent standards at its heart that will enable cross-departmental use of data. These changes will provide the bedrock of any reform in public services, making it easier to gather information at the source.

Finally, we need support from within. Government innovation requires departmental collaboration and mandating from senior ministers to come to fruition. If departments act in isolation and their own interests, it is impossible for the necessary change to occur. Oliver Dowden’s sponsorship of the National Data Strategy can hopefully show that data innovation does not apply to any one department and encourage all MPs and Civil Servants to embrace it.

Unlike inherently digital-first governments like Estonia, the sponsorship issue is particularly prevalent because it involves inspiring change in MPs who are very used to a set of entrenched legacy systems. For example, the separation and sharing of data was exposed as a key issue during the pandemic that stemmed from using legacy apps or spreadsheets. Originally part of the GDS mission, responsibility for data sharing and practices was muddled and ultimately transferred to DCMS. Without senior figures driving data culture from within, it will never take hold.

As the COVID-19 pandemic has shown, we can do great things when we feel a sense of urgency. It took less than ten months for the pharmaceutical industry to create three viable vaccines. The government has been no different – swift decisions were made to support the economy and we are already starting to see the green shoots of recovery.

However, at a time when so much is at stake and the government response is being relentlessly scrutinised, it will be judged against the best experiences from the private sector. A mastery of data practices has defined the success of the major technology businesses of our time. While the perception of the public sector as a laggard behind the progressive private sector might be unnecessarily polarised, given the parallels tend to compare our oldest institutions and the aforementioned market leaders, these are the standards that government must hold itself to.

In this context, the government must take learnings from the pandemic and apply them in the near future as the economy re-grows. Many of the government-led innovations, however successful, were only possible by leveraging the power of data. Recovery from a global health crisis, which must be driven by government, along with the improvement of public services, won’t be possible until it is harnessed effectively.

With a more coherent strategy enforcing skills and standards, we have a once-in-a-generation opportunity to reinvent how the government uses data for the good of the population and respond efficiently the next time we are struck by a crisis.