We are literally surrounded by an infinite energy source: our oceans. There are many ways in which the power of the sea can be harnessed – from tides and waves to temperatures and salinity. Transforming this raw power into usable energy is part of the answer to creating a zero-carbon world.

When the wind blows over the sea, its energy is transferred into the water and moves across the planet in the form of waves. Even after the breakers crash to the shore, the power keeps on coming, as the ocean’s swell travels across entire sea basins. An innovative set of technologies, known as wave energy converters (WECs), can extract this huge energy resource and turn it into electricity.

Technology developers from around the world have put their WEC devices through years of extensive testing, and are now racing towards commercialisation. The most advanced technologies come from Europe, where the sector was born, but other countries such as the U.S. and China are catching up with large investments in the sector.

The size of the prize is colossal: with an estimated potential capacity of up to 29,500 TWh (1) per year, wave energy alone could easily meet all of the world’s energy demands.

As we move towards a world powered primarily by renewables, wave energy will have an important role to play in our energy systems. Wind and solar are already the cheapest sources of energy production and will form the backbone of any future energy mix.

Balancing an electricity grid built around these variable renewables will require new solutions – and that’s where ocean energy comes in. Waves keep coming for hours after the wind dies down, long after wind turbines have stopped turning. Adding wave energy to the mix will effectively fill gaps in supply and help smooth the electricity production curve. A vibrant wave energy industry will create new opportunities and new jobs in remote coastal communities, which are often suffering from the decline of historically important industries. Manufacturing, installing and maintaining a large number of machines along Europe’s coast will require specialised labour and skills from more traditional maritime sectors.

The impact is not confined to coastal areas – wave energy already has a supply chain that spreads across Europe. For example, Portugal is now home to both a Finnish wave energy project, and a new manufacturing centre built by a Swedish technology developer. Even landlocked countries are actively involved, making specialist components destined for a life at sea.

As well as producing electricity at the utility-scale, wave energy can serve several niche markets, which currently rely on expensive and polluting fossil fuels. It can power islands and remote areas, offshore installations, aquaculture farms, marine equipment, desalination plants and more. A whisky distillery in Scotland is currently being powered by tidal turbines – another form of ocean energy – so who knows what new applications could lie ahead for wave energy!

The path to a wave-powered Europe

12 MW (2) of wave energy has been installed in Europe since 2010, with cumulative capacity increasing steadily. As the technology advances, devices are proving they can survive longer at sea, and producing even more power than anticipated. A whole new generation of full-scale WECs is starting to hit the water – four new machines have been installed in the past five months, three of them in Europe.

There is currently 1.1 MW of wave energy operating in European waters. Technology developers are now building improved devices, factories and R&D facilities as they gear up to install the first multi-device ‘farms’ around Europe. The EU Strategy on Offshore Renewable Energy recently set a target of 1 GW of ocean energy – which includes wave energy – to be installed by 2030. Ocean Energy Europe estimates that by that date, 200 MW to 500 MW (3) of wave energy can be deployed in Europe.

In practice, this means large utility-scale wave farms along the Atlantic coastline, as well as smaller projects in the Mediterranean and the North Sea. New wave & floating wind ‘hybrid’ installations will also be developed, taking full advantage of the synergies between these two technologies. European technology developers will export their machines to countries such as the U.S., Chile and India, and provide cheap renewable power to islands and remote areas.

Looking ahead to 2050, we can reach 80 GW of installed wave energy capacity in Europe. That’s 8% of the continent’s current electricity consumption. A strong policy and financial framework is needed to give wave energy a final push towards commercialisation and kickstart the industry – just like for wind and solar a couple of decades ago.

This means continuing funding for R&I, but also providing revenue support at the national level and making finance affordable, to ensure that new machines are put in the water. The more wave energy we install now, the more we can de-risk the technology and the cheaper it will be to develop bigger and more ambitious projects in the future.

The climate crisis is the biggest challenge facing humanity. How we address it today will have consequences for decades to come. Wave energy presents an incredible opportunity to generate clean and unlimited power, while building a brand-new European industry. A vibrant ocean energy sector in Europe will deliver an energy transition that is economically, environmentally and socially just. 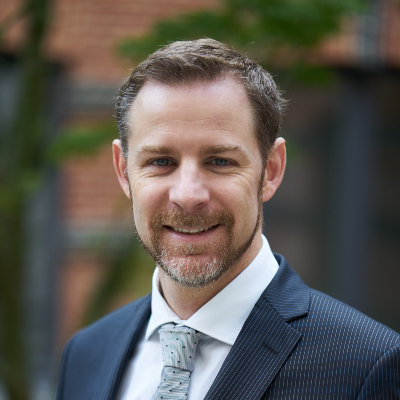