Krista Mikkonen, Minister of the Environment and Climate Change in Finland illustrates why a circular economy will provide the means to tackle the climate crisis and loss of biodiversity

Climate change and the loss of biodiversity are the biggest challenges facing humankind. The consumption of natural resources to a degree that exceeds the Earth’s capacity to regenerate such resources is a root cause for both of these crises. A circular economy can be the solution to the wicked problems facing both our environment and economy. The ‘best case scenario’ is that a circular economy can interlink four important goals: people, planet, profit and purpose. In April, the Finnish Government prepared a resolution on promoting a circular economy. It sets out the vision that in 2035 the Finnish economy will be a carbon[1]neutral circular economy.

For the first time, we have set measurable targets to halt overconsumption. Our government has put a cap on the domestic use of natural resources: In 2035, our total domestic consumption of primary raw materials will not exceed the 2015 level. In addition, we will double the productivity of resources and the circular material use rate (CMU) by 2035.

The resolution sets out the key measures by which the ministries will promote a circular economy in 2021– 2024. These measures will create economic incentives, strengthen the circular markets, enhance expertise, promote digitalisation, and support a foreign policy that is in line with sustainable development. One way forward is to introduce a low-carbon circular economy agreement. Municipalities, companies and other operators may join the agreement and make voluntary commitments to implement the targets to limit the use of natural resources and promote a carbon-neutral circular economy. Ministries, together with research institutes, will produce scenarios on the opportunities offered by a circular economy. These scenarios will help local governments, companies and other operators in drafting circular economy, climate or low-carbon roadmaps to reach the targets set in the agreement.

Towards climate neutrality by 2035

The transition to a circular economy is also a step towards achieving Finland’s climate neutrality target by 2035. This target was set based on the advice of our national Climate Panel. We have already made several decisions to become climate neutral by 2035. Finland has, for example, banned the use of coal by 2029, introduced an energy tax reform, prepared a roadmap and actions to halve the transport emissions by 2030, and committed to using half of our EU recovery funds for climate actions. In autumn 2021, we should have all our sectoral climate neutrality strategies finished.

The key pillar of Finland’s national climate policy is the Climate Change Act (2015). This Act is currently being reformed to meet the climate neutrality objective and to include domestic emissions reduction targets for 2030 and 2040, and the update of the 2050 target.

An assessment by our Climate Panel shows that the emissions reduction target for 2030 should be set at 60%. The transition to a climate-neutral circular economy needs action at all levels: local, national, European Union and global. Many cities and regions have already set their own climate goals. Over half of Finns live in a municipality aiming to be climate neutral by 2030 or 2035.

Industries are involved to secure a common goal

The roadmaps have identified significant emissions reduction potential, given that steel production alone accounts for over 7% of the total greenhouse gas emissions in Finland. The roadmaps lay out the potential for clean technologies for a positive carbon handprint across global value chains. The roadmaps are an inspiring example of public and private cooperation: they inform our climate and energy policies and show the private sectors’ commitment to ambitious climate action.

We have to carry out measures for a climate-neutral society in a way that is fair from a social perspective. We will achieve this only with broad participation. For example, in the preparation of the Circular Economy Programme, a broad spectrum of stakeholders from different companies, business sectors, local governments, research institutes and ministries participated in the process. Furthermore, private citizens had an active role in supporting the preparation in a citizens’ jury and through an online brainstorming platform. They pointed out that in a circular economy the roles of the public are changing and diversifying.

Instead of just consuming, people are also actively producing solutions that enable a change towards a circular economy. Our Government has also established a roundtable on climate policy that brings together a broad range of stakeholders including NGOs and young people. In addition, the reform of the Climate Change Act is being drafted in close cooperation with the public. Overall, over 3,000 participants have taken part in consultations on the reform. The same applies to the new medium-term climate change policy plan.

The online survey on this policy plan attracted 18,000 responses. A Citizens’ Jury on Climate Actions was convened to find out the people’s views and proposals for solutions concerning Finland’s emissions reduction measures. A climate-neutral circular economy is not just about the economy and technological solutions. The ambitious leap from visions to actions needs comprehensive changes in households, companies, municipalities and state administration.

The chance for people to participate strengthens the acceptability of the policy measures that are needed. At the same time, true dialogue provides valuable information for policymakers. We will succeed in this necessary transition only if everyone takes part in discussions on what the carbon-neutral circular economy future should look like and how we can reach it. 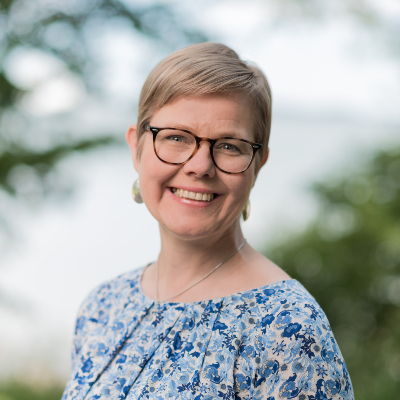