Lutz Ribbe, Member of the European Economic and Social Committee, shares his views on sustainability and community energy transformation

We live in turbulent but also remarkable times. The latter is because virtually any political demand currently being voiced is linked or supposed to be linked, with the COVID-19 crisis. And in this case, too, when I was asked to write this article, the idea was that, after all, COVID-19 should be a reason for stepping up efforts to bring about sustainability, renewable energies, energy efficiency and so on.

That is not the way I see it: the uncontested need to become more sustainable was already there when nobody could have envisaged this horrendous virus. In 1992, at the major UN Conference on Environment and Development in Rio, the United Nations Framework Convention on Climate Change was adopted, in which governments agreed to make sure that greenhouse gas concentrations were stabilised to “prevent dangerous anthropogenic interference with the climate system” (1).

What has happened so far? Global greenhouse gas emissions are up by over 50%, and the average temperature has risen by around 1 degree Celsius. The global climate has gone off the rails, polar caps and glaciers are melting, permafrost soils are thawing and the increasing frequency and intensification of storms, droughts and heavy rains are wreaking billions worth of damage every year. The poorest are often the worst hit!

In 2015, the Paris Climate Conference set a different target: limiting the increase to 1.5 degrees! Do politicians really hope that this will stop the glaciers melting, that the storms will abate and the permafrost soils will freeze again?

It is not COVID, but the worldwide climate crisis that requires much faster and more decisive action. And for this, the world has a wonderful “vaccine”: renewable energy sources. They do not need to be developed from scratch or adapted to mutations. They are (or at any rate, would be) immediately available worldwide, and they even produce electricity cheaper than fossil or nuclear energy sources, which are still being subsidised to an incredible extent.

In 2017, the International Monetary Fund found that global subsidies of “dirty energy” totalled $5.5 trillion (2) a year (3), i.e. $604 million an hour (!), or enough money to vaccinate the entire world population with a double dose of BioNTech for 45 years. Sticking with this example, allowing fossil energy subsidies to continue is like rewarding superspreaders in the corona crisis for infecting other people! And this when government representatives had already promised to stop environmentally harmful subsidies at the 1992 Rio Conference!

The development of renewable energies is going too slowly. It was blocked for a long time, especially by large energy businesses, whose coffers were well filled from burning coal, which is harmful to the climate. Why should they stop doing it? In 1998, the big German energy companies prophesied that the share of renewables in the electricity mix could not exceed 6% in the long term (!), citing technological limitations.

Politicians believed them because for them these companies were the energy experts.

Today we can take stock. The energy companies were wrong. In Germany, we have a share of more than 50%. The drivers of the energy transition in Germany were private individuals, farmers, newly established energy cooperatives, businesses, a few innovative municipal companies, and so on. The big companies have been caught napping and their share of installed generation capacity is only around 10%. And that is why the old dinosaurs are now standing there looking silly, seeing their old business model — “we produce, you consume, you pay and we earn” — going down the drain. The alarm bells are ringing and the handles on the decision-makers’ office doors are being polished: give us money, then we’ll get out of nuclear; give us some more money, then we’ll get out of coal and give us yet more money and then we’ll get into renewables. We’ll take up the reins again.

The real revolution in the energy transition is not a shift from fossil/nuclear sources to renewables; it is the change in the structure of energy production, shifting away from large central power plants and towards decentralised production entities. On the one hand, there are problems in this, with people on the ground now being increasingly confronted with the new RE plants. However, it is exactly this decentralisation that also affords enormous opportunities that go way beyond climate protection.

So let us develop models that take people with them. For the purposes of climate protection, it is irrelevant who operates a PV or wind installation. It is not irrelevant, however, for the acceptability of new plant and regional value-added opportunities deriving from the fact that the raw materials of wind, solar and biomass readily available in the regions can now be turned into money.

So the question then also becomes: who can earn money from clean energy, and who cannot? A modern wind turbine produces electricity for around 7,000 electric cars a year. If 7,000 drivers were each to put €1,000 on the table, they could set up a shared service station that would deliver clean and cheap “fuel” for far more than twenty years. However, the one thing stopping this at the moment is that the market rules do not allow electricity from wind installations to be brought directly into the garage charging point!

And yet it was already stated in the first EU Renewable Energy Directive in 2009 that: “production of energy from renewable sources often depends on local or regional small and medium-sized enterprises (SMEs)” and that “the opportunities for growth and employment that investment in regional and local production of energy from renewable sources bring about… are important”! (4). There are many benefits of moving towards decentralised energy production, such as the use of locally available energy sources, improved local energy security and the fact that “such decentralisation also fosters community development and cohesion by providing income sources and creating jobs locally” (5).

In 2016, this idea was taken up in the European Energy Union, the Clean Energy for all packages. The European Commission stressed at the time that it was striving above all for “an Energy Union with citizens at its core, where citizens take ownership of the energy transition, benefit from new technologies to reduce their bills, participate actively in the market, and where vulnerable consumers are protected” (6).

Where do we stand now? Are citizens, the drivers of the energy transition so far, actually at the heart of the policy? If the regional development opportunities described above are scrupulously harnessed, is it easy for new stakeholders to earn money from renewable energy sources? These are precisely the issues the European Economic and Social Committee has been working on for years and the results are disappointing. Neither the EU nor the Member States are systematically making good on the promises, as shown, inter alia, by the EESC’s analysis of the 5th State of the Energy Union report and the National Energy and Climate Plans (7).

The EESC finds it “worrying” and “disappointing” that the Commission makes no more than a very general appeal to the Member States to take a closer look at community energy. “If ambitious objectives, as set out in the Clean Energy for All Europeans package and the Energy Union Framework Strategy, are not seriously adhered to, this is not only detrimental to the Energy Union – the credibility of EU policy as a whole is at stake.” And, we can add, the new regional economic development opportunities, the global climate and the future of generations to come.

The European Commission puts its faith above all in large-scale technologies such as offshore installations and hydrogen technologies. This is an illusion because the much higher cost of capital outside Europe alone outweighs the benefits of more favourable climatic conditions. And then there are the transport costs. More importantly, the Commission undermines its own principle that energy imports should be cut as much as possible. Instead, strategies are being worked out for this and billions of euro are being provided; one would look in vain for a wind onshore strategy involving citizens or a photovoltaic strategy. It has yet to dawn on politicians that clean small technologies and smart approaches can even tackle the problem of energy poverty.

Perhaps they should take a lesson after all from the COVID-19 pandemic: get as much vaccine as fast as possible. Bring in and involve as many as possible in decentralised deployment in order to serve the wellbeing of all. 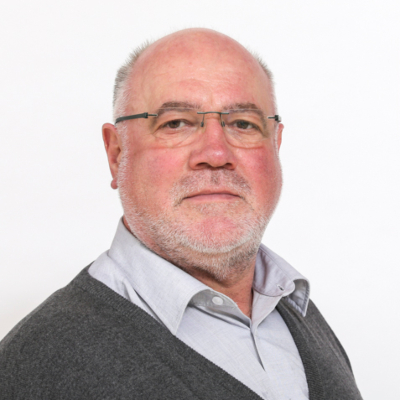