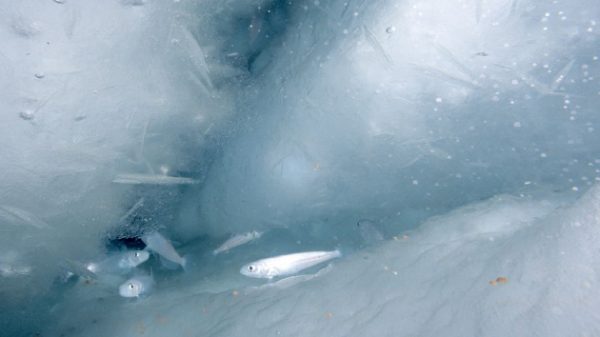 Arthur L. DeVries at the Department of Animal Biology, University of Illinois provides an expert insight into antifreeze proteins in polar fishes

The polar oceans are the coldest waters in the world and the Antarctic Ocean colder than the Arctic, because of the presence of several massive ice shelves. Although the waters of the high Arctic and Antarctic are at their freezing point for much of the year, there is still abundant marine life associated with these waters indicating that they have adapted to the frigid conditions. The sea life includes birds, marine mammals and an abundant sub-ice fauna of invertebrates and polar fishes. The birds and mammals are homeotherms, warm-blooded, and they conserve their body heat by means of insulating blubber or feathers. The fishes and invertebrates, on the other hand, are poikilothermic, that is cold-blooded, and thus assume the temperature of their environment. 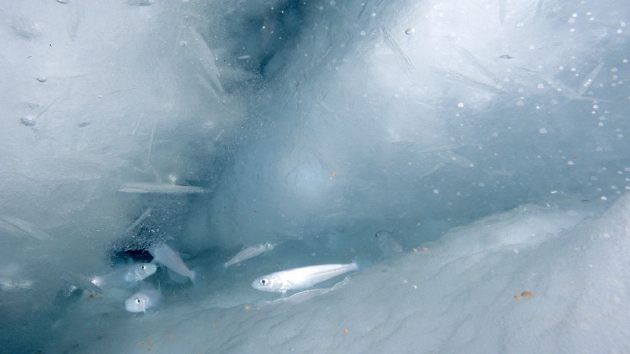 For the aquatic organisms, the lowest temperature exposure is -1.9oC, the freezing point of seawater. The marine invertebrates are in no danger of freezing because their blood is as salty as seawater, although of a slightly different composition. Fishes, on the other hand, are hypoosmotic to seawater (their blood has only about one third the salt present in seawater). Therefore, in the presence of ice at -1.9oC, they will freeze and die. The abundance of fishes both in the Arctic and Antarctic swimming amongst ice crystals indicates that they can avoid freezing (Figure 1). Their avoidance of freezing is associated with the presence of blood antifreeze proteins (AFPs). The AFPs are present in the blood at concentrations of 3 to 4% and lower its freezing point below that of seawater. The fish AFPs are either glycoproteins or small proteins.

In the Antarctic, the major group of fishes are the notothenioids and they make up 90% of the fish biomass on the continental shelf and all possess same antifreeze glycoproteins (AFGPs) because they are closely related having evolved from a common ancestor many millions of years ago. They are present in a series of size isoforms that vary from 2.4 to 50 KiloDaltons (KD) in mass. In the Arctic, the same AFGPs are found in the codfishes (Family Gadidae) which are not related to the Antarctic notothenioids fishes.

In other Arctic fishes, the AFPs are small proteins with different structures and sizes. In the flat fishes (flounders), they are helical peptides while in the eel pouts (zoarcid fishes) they are globular molecules of about 15Kd.  Despite the variation in composition, structure and size they all have the same antifreeze effect. The mechanism of antifreeze activity involves the recognition and binding to ice crystals that enter the blood of the fish either through lesions in the gill or skin. The AFs bind to particular ice crystal faces and divide the surface of the ice crystal into many small domains. As the temperature is lowered ice can only grow within these constrained patches and the growth assumes a growth front that is highly curved, the result which is the water molecules on the curved fronts have fewer neighbouring water molecules to bind to (figure 2). Therefore, their tendency is to escape into the liquid phase. 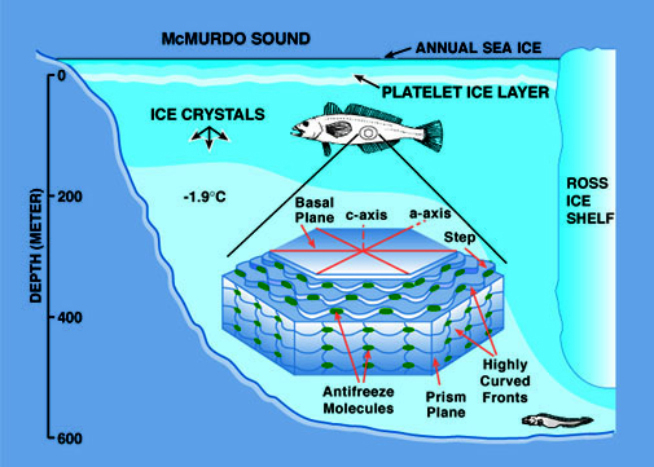 In order to remain in the highly curved front, energy must be removed from the system. This is accomplished by lowering the temperature and thus a local depression of the freezing point occurs. This is also known as the Kelvin effect. This mechanism of antifreeze function is known as adsorption inhibition. Because this mechanism is one of inhibiting growth the effect on the melting point of the ice is minimal, that is the melting point or equilibrium freezing point is normal. Thus, there is a separation of the melting point and the freezing point also termed a hysteresis and is the hallmark of antifreeze proteins. This freezing melting separation for fishes living in the most frigid environments can be as much as 2ºC, whereas it is much less for fishes living in slightly milder icy waters.

X-ray crystallographic and other studies involving the interaction of the AFPs at the water ice interface indicate that the AFPs structure water in an ice-like manner and this may be the driving force for binding to ice. Other studies indicate that potential hydrogen bonding amino acid residues protrude from one side of the molecule and their spacing match some of the positions of oxygens in specific ice crystal faces. This lattice matching found in some of the AFPs is thought to be involved in their recognition of specific ice crystal planes and involved in their adsorption to the ice while in others a lattice match is not obvious.

Despite progress in the elucidation of the details of the mechanism of activity of the AFPs, there is still much that is not completely understood. In part, this is due to the presence of a quasi-liquid layer that separates the liquid phase from the solid phase and the lack of physical techniques for directly probing the ice water interface.

In the high latitude polar regions, fishes maintain constant high levels of blood AFPs because they need them year-round to avoid freezing. Fishes of the warmer shallow north temperate regions synthesise AFPs during winter but lose them during summer presumably to conserve energy.

The novel adaptation of AFPs in polar fishes has allowed them to exploit the niches that were vacated by temperate water fishes when the polar oceans cooled to their freezing points. Without the lifesaving AFPs, the polar marine ecosystems would be a much different one because fishes are an important part of the food chain: seabirds feed primarily on them as well as seals and even some whales. Without fish, birds and mammals would be limited to feed on invertebrates whose distributions are often patchy. Thus, the AFPs in fishes play a vital role in structuring polar ecosystems.

Since the discovery of the AFPs in Antarctic fishes by the author, there have been several dozen patents granted for their potential use in the past 40 years. These include modification of crystal texture of frozen foods, improving cryopreservation of animal tissues and blood and preventing recrystallisation in frozen liquids. Although most of these appear to have limited use, one that has found commercial application is its use in preventing undesirable recrystallisation in ice cream which happens on long-term storage. Unilever Corp markets an ice cream using eel pout AFP gene – expressed in yeast to limit recrystallisation in their product which they have appropriately named vaneela ice cream. This one of the few discoveries in polar science that has found a commercial application although rather specialised.