Following on from a previous article, Professor Mariko Igimi continues to observe current social issues in Japan from the perspective of Roman law

Some of our readers might have a reservation in discussing slaves in terms of families. Familia in Latin, nonetheless, connotes slaves as well as family fortune besides the group of free men and women related by blood and wedlock. Slaves were, indeed, important assets of the Roman household, whose competence and loyalty would affect their efficiency. Hence, the well-being of slaves was in the owner’s own interest. Maltreatment of servi, on the other hand, would negatively affect the owner’s business or would even lead to a deterioration of their property.

A slave’s devotion was to be awarded by manumission. Although freed slaves (libertus) became free citizens, their relationship with the former owners (patronus) remained. Patroni reserved some rights ex. for work (opera) or inheritance towards liberti, and freed slaves were expected to pay respect to their former owners. Modern Roman scholars have been focusing on such obligations of the freed slaves. It has been understood that the common practice of the former slaves to keep on living close to the former owners, as many sources suggest, was for the purpose of providing opera to their patroni. This extended tie between former owners and slaves, however, in my opinion, functioned both ways, i.e., also for the benefit of liberti.

Familia as a safety net

Chapter 34,1 of Justinian’s Digest dealing with the bequest of maintenance (alimentum), has 47 paragraphs, out of which 33 paragraphs indicate the beneficiaries. Among those receivers of the aliment, most of them were former slaves, even described explicitly as liberti and libertae in 23 paragraphs. As it is unlikely to impose to their heirs the maintenance of the freed slaves who were strangers for the testators, it might be safe to assume that it was a common practice for the former owners to keep providing alimentum to the former slaves they freed. Several texts indeed demonstrate that the testators demanded their heirs to provide their former slaves with the support they provided during their lifetime. Alimentum was, according to D,34,1,6, given in kind, such as food, clothing and a place to live. Thus, it would be unrealistic to offer them unless patroni and liberti shared the same household.

In the will, former owners probably have set the details of the alimentum according to the living conditions and characters of each freed slaves. The heir, on the other hand, might want to change the term because the bond between the heirs and liberti could be different from that of the predecessors and the circumstance surrounding the parties would change in the course of time. Even in those cases, however, the benefactor and the beneficiary of the maintenance could not alter the original arrangements by their mutual consent. Emperor Marcus Aurelius, in his oration at the senate, required an intervention of the praetors in such a transaction to check whether the cause, the personality of all the actors, and the content of the renewed term would justify the agreement (D.2,15,8).

The owners’ support to maintain the lives of the slaves went far beyond the manumission by keeping the freed slaves in the familia even after the death of themselves. The emperor also depended on this scheme in order not to throw the helpless freed slaves onto the streets. In this sense, familia played a role of a safety net.

Traditional Japanese family and its “modernisation”

Japanese families (IE) before the modernisation in the late 19th century were a group of people, not necessarily blood-related, gathered for the purpose of work. The heads of the families were like CEOs today. They possessed the family assets and were responsible for all the members of their families, which were large enough to pursue their “family businesses”. The families, nevertheless, were consisted of not only efficient workers, but also disadvantaged affiliates. IE was a place to work as well as a place to belong. It also was a kind of safety net for vulnerable people.

As a part of Meiji Restauration, the government introduced the family registration system (KOSEKI) in which every citizen was registered as a member of their IE. Family law matters, such as marriage, divorce and adoption, being linked to the system, and valid when registered, decisions thereof were met within the families while the authorities were concerned only about the accuracy of the registration.

Even after WWII, when Japanese family law was amended according to the new Constitution, which stipulates that “All people shall be respected as individuals (§13)” and “Marriage shall be based only on the mutual consent of both sexes… (§24)”, the KOSEKI system was maintained, whereas the extended family of IE was replaced by the nuclear family that has no capacity to safeguard the vulnerable anymore. Accordingly, Japanese people resorted to companies for their safety net. However, the ongoing work-style reform is changing the company-employee relationship.

Some of the most serious issues in Japan today such as DV, child abuse and an extremely high poverty rate of working mother-child families seem to have common roots in the perfunctory reform of the family system in the course of modernisation. Despite the evident fact that the families lost power and flexibility to protect the weak, the authorities still hesitate to intervene in family matters and fail to provide sufficient safety net.

When there is a society, there are always disadvantaged people who need protection and support. In ancient Rome as well as in traditional Japan, families were the suppliers of such.

This work was supported by JSPS KAKENHI Grant Number JP18K01219. 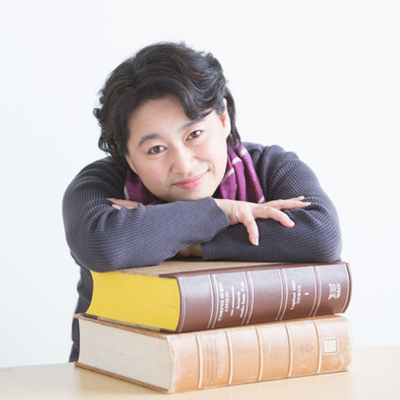