Christophe Quarez, Member of the European Economic and Social Committee explores the social and societal dimension of the energy transition

Just before the outbreak of the global health crisis, the European Union quite rightly embarked on a Green Deal to make our continent carbon-neutral by 2050. The Green Deal consolidates the 2015 Energy Package, laying the groundwork for an Energy Union that will enable European consumers (households and businesses) to access safe, clean and aﬀordable energy.

It is against this backdrop that the European Economic and Social Committee has evaluated the social and societal dimension of European energy policy by  conducting a survey in ﬁve Member States (France, Germany, Poland, Greece and Romania) based on meetings and exchanges with the relevant civil society stakeholders.

Three areas for analysis were pinpointed to accomplish this task: energy poverty, the implications of the energy transition for jobs, and energy communities.

Today, access to energy is increasingly penalising people in precarious situations in Europe. This reality is well-known in winter, but is becoming more worrying in the summer as well, during periods of increasingly frequent and intense heatwaves. It is also a public health concern, entailing signiﬁcant costs to the Member States.

Energy poverty has so far remained a blind spot for the Energy Union, however. The only thing that has been put in place is the European Energy Poverty Observatory, set up three years ago on the initiative of the European Economic and Social Committee. However, it lacked a common prior deﬁnition of “energy poverty” – a vital prerequisite – and above all a clear and ambitious objective at European level to help improve life for the roughly 100 million Europeans aﬀected.

Energy poverty is mainly the result of a combination of high energy prices, low household income, poor building quality and outdated energy installations. Of these, improving building quality is the area where public measures could have the greatest impact and provide the best structure. This is why the renovation of buildings must become an absolute priority.

It, therefore, makes sense to support the initiatives of the EU and the Member States to introduce ambitious renovation strategies with the goal of renovating 3% of buildings every year. This modernisation requires innovation and will create numerous local jobs.

Obviously, however, this priority must now be linked to the economic and social shock caused by the coronavirus outbreak. More than ever, the new world that will emerge in a few months’ time will have to focus on social support for the ongoing transition.

The implications of the energy transition for jobs

Regarding the implications of the energy transition for jobs, we know that this aﬀects workers and the labour market. Even though the energy transition is leading to new employment opportunities and better quality work, it is also transforming existing jobs, destroying other jobs and closing production sites that cannot ﬁnd a place in a clean energy future.

Anticipating and supporting these industrial changes must be a public policy priority (for the European Union, the Member States and the regions concerned), to be drawn up as part of the social dialogue.

The education and training system is struggling to adapt to the growing demand for new skills. The challenge in terms of employment is, therefore, to ensure that the right people have the right skills and are in the right place at the right time.

It is important to draw attention here to the EU’s initiatives to anticipate and mitigate the inevitable economic and social consequences of phasing out coal, particularly through the platform for coal regions in transition. The stakeholders consulted emphasised the positive impact of the platform on learning processes. To enhance this key tool, the EU could facilitate access to funding and ensure that the platform is properly  oordinated with the new Just Transition Mechanism.

Citizens’ energy communities are developing in diﬀerent ways in the EU Member States. However, even in the most advanced Member States in terms of renewable energy and energy communities, their  contribution to the energy supply is still minimal for the time being, with these initiatives often being seen as an act of militancy rather than of consumerism.

Yet energy communities can provide an opportunity to build social ties between citizens by creating local value. They can also revitalise regions that are lagging behind and be one of the solutions to the challenge of energy poverty. Moreover, they can be a tool for revitalising economic and local democracy.

Furthermore, public authorities do not do enough to promote energy communities and do not oﬀer suﬃcient incentives for their development, leading to poor social acceptance, among other issues.

It is for these reasons that the European Commission should include energy communities in the R&I mission on climate-neutral towns and cities, to see how these communities and their innovation potential can contribute to a rapid, just and democratic energy transition. 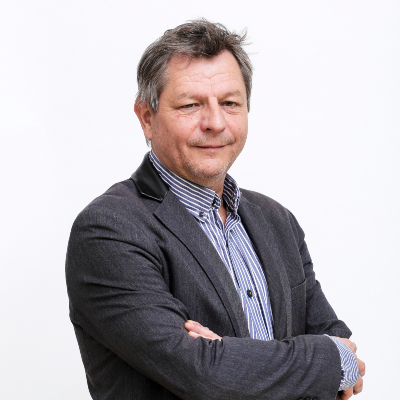