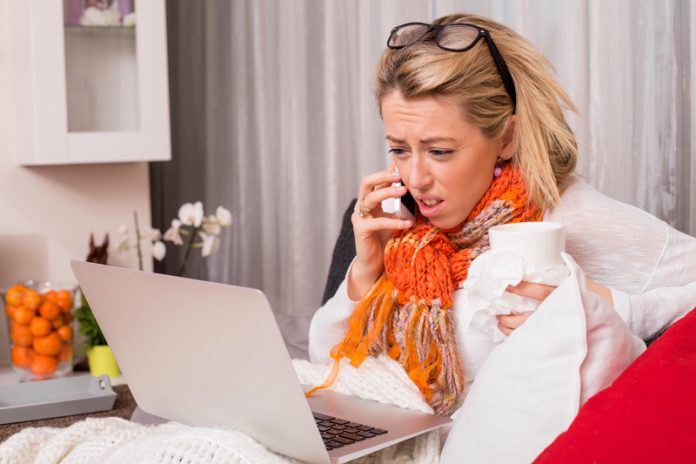 Adzuna.co.uk surveyed more than 3,500 employees to find out how many had ‘pulled a sickie’ in each UK region and which industries had the most employees skiving off in 2017.

Figures by BreatheHR shows that £357 is the average cost to an employer for each work who throws a sickie.

The findings by Adzuna, revealed that employees in Scotland were the biggest offenders with 38% admitting to doing so.

Business services was the industry in which it was most prevalent. Interestingly, the real reason the majority pulled a sick in Scotland was that they wanted to avoid a stressful situation at work (e.g. meeting, presentation etc).

Avoiding a stressful situation at work was also the number one reason amongst employees in the South West- who had the second highest sickie rate at 36%; with the computer software/hardware industry seeing the highest rates.

On the other end of the scale, the North East was the region which had the lowest number of employees who faked sickness, with employees in the non-profit industry the most common. Childcare issues were the most citied reason for faking a sick day.

Slightly above the North East was Northern Ireland, where 17% of employees faked their illness, with the retail and wholesale trade most dominant. Surprisingly, the weather was the actual reoccurring motive behind those in Northern Ireland pulling a sickie.

Overall, out of all those who admitted to faking being sick, 18% confessed to getting caught by their employer.

Combing the data from the survey and that of The Office of National Statistics, Adzuna produced an approximate estimate of how many days are lost to fabricated illnesses in each UK region.

The results are as follows:

Doug Monro, Co-Founder of Adzuna commented: “Employees who ‘bunk off’, should consider the impact their absence could have on time sensitive projects or the subsequent increase in pressure on their colleagues. Those who have genuine reasons to avoid work, whether it’s due to childcare issues, an internal dispute or something more personal, would be better advised to approach their employers to see if a reasonable solution can be agreed to.”