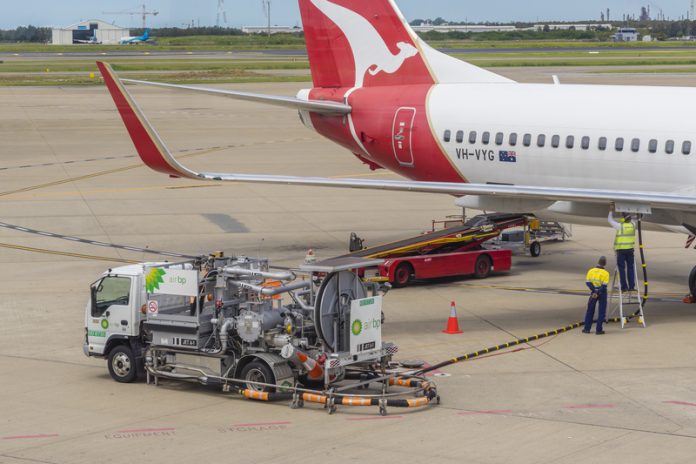 Michael Gill, IATA Director Aviation Environment imparts his expertise on sustainable aviation fuels and why he believes these are the next frontier for today’s air transport

Air transport is going through an astonishing period of growth. Ten years ago, there were 2.5 billion passengers’ journeys a year. In 2017, there were more than 4 billion. In 20 years’ time, we anticipate the number will have almost doubled, to 7.8 billion. Each new journey offers opportunities to open up new business markets, generate social and educational possibilities, bring far-flung families and friends together and provide a chance for people to explore and understand our wonderful, diverse world.

But such growth in air transport brings a huge environmental challenge – one that the industry is aware of and planning for. A decade ago, the aviation industry set out clear goals for carbon emissions, including carbon-neutral growth from 2020 and to cut CO2 emissions in half by 2050, compared to 2005 levels. Behind these goals lies a comprehensive four-pillar strategy, encompassing new technology and operations, better infrastructure and a global carbon offset and reduction scheme (called CORSIA), which is scheduled to come into effect in 2021.

One of the key components of the technology pillar is sustainable aviation fuels (SAF). These offer an exciting path to carbon reduction, potentially cutting emissions by 80% over the carbon lifecycle compared to conventional jet fuel. Progress on using SAF has already moved faster than many predicted. In the 2000s, when the aviation and carbon debate began in earnest, many experts felt that SAF flights wouldn’t happen before the mid-2010s. In fact, the first SAF flight occurred in February 2008, when a Virgin Atlantic 747 flew a test flight from London to Amsterdam.

In the decade since, a number of airlines have conducted test flights that have ensured several different types of SAF – everything from algae to jatropha plants, to municipal waste – can now be turned into certified aviation fuel. In recent years, sufficient amounts of SAF have become available that some airports, notably in Norway and Australia and several airlines, such as Cathay Pacific, United and KLM, have been able to secure a continuous supply, albeit for the time being in limited quantities.

The result of all this work has been that the number of flights using a SAF-JetA1 blend has moved from 1 in 2008, to 100,000 in 2017 and we hope to reach 1 million flights in 2020. But this is just the start. The next step is to move into large-scale production in order to create a lasting and increasing reduction in aviation’s carbon emissions.

This is where public policy becomes crucial. Biofuels for the automotive sector have long received encouragement or even outright subsidy from the public sector to incentivise production. It is now high time that SAF is put on the same pedestal. This is all the more crucial as aviation, unlike automotive, has no alternative to liquid-energy fuels in the short-medium term. Hitherto, fuel refiners have not had sufficient incentive to generate aviation fuels at price levels the industry could afford.

Why should they, when the policies encouraged them to go for automotive biofuels? Slowly, this is changing. In the United States, policies exist to ensure that a proportion of alternative fuels refined must be for aviation use. And in Europe, the Renewable Energy Directive is being revised. Already the European Parliament has indicated that aviation biofuels should be encouraged. Now we’re urging the European Commission and the European Council to agree to this enhancement.

In addition, globally we are calling for measures including:

We recognise that in the past, the biofuel sector has not been without controversy. First generation automotive and biomass fuels were criticised for encouraging deforestation or promoting agri-monoculture. Fortunately, lessons have been learned. Most aviation biofuels are certified by the Roundtable on Sustainable Biomaterials.

Even more importantly, following unanimous adoption of a resolution at the 2017 IATA AGM, the aviation industry is, in the words of our Director General and CEO Alexandre de Juniac: “Clear, united and adamant that we will never use a sustainable fuel that upsets the ecological balance of the planet or depletes its natural resources.” We are in a process of defining new sustainability criteria for SAF to understand how it might play a role in the CORSIA scheme, which would be a big fillip for SAF take-up if it were approved. 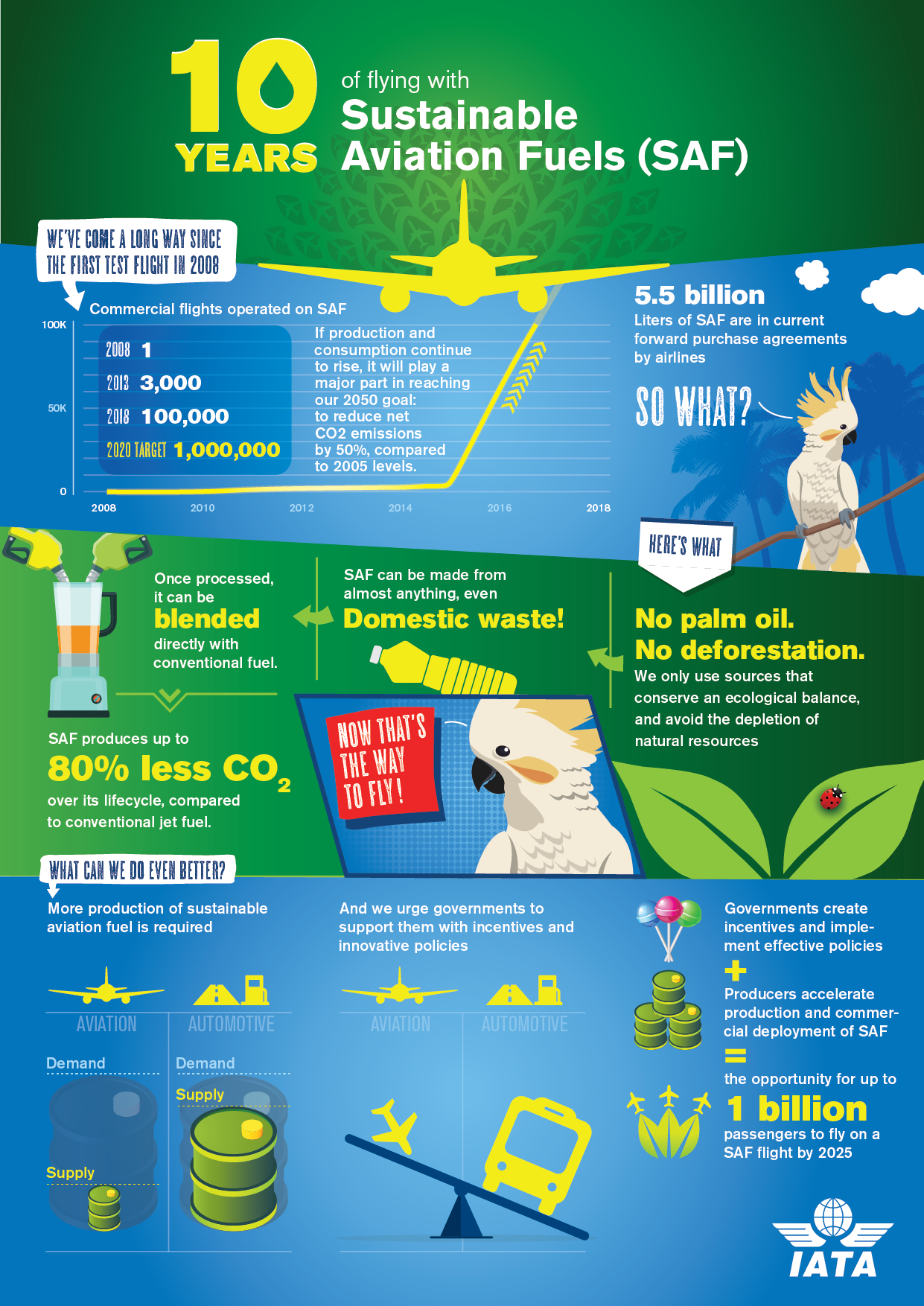 If policies can be aligned to ensure aviation biofuels get a fair chance, then we believe it is possible that 1 billion people would have the opportunity to fly on a plane powered by a mix of traditional jet fuel and SAF by 2025. That is a fabulous prize to aim for.

Sustainability is the next great frontier for the industry. But aviation has a history of taming frontiers – and for providing opportunities for people to explore their own personal frontier, whether for work or pleasure. We are confident that with the correct policy support, we can continue that great tradition. We all owe it to future generations, who expect to fly and expect to do so with minimal impact on the planet.