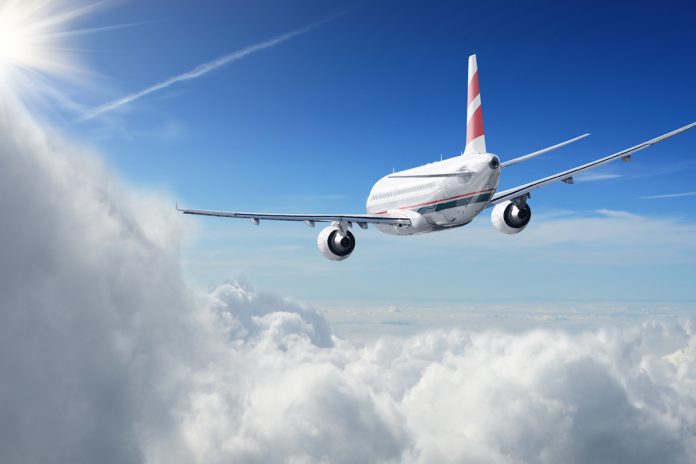 University of Bristol’s Jonathan Cooper describes a range of technologies that could be used in future aircraft designs, to enable optimum performance and reduce the impact on the environment

Aircraft are currently designed for one type of mission, for example, short or long range and are, therefore, sub-optimal when used for different route lengths by the airlines.

When the Wright Brothers became the first people to achieve controlled powered flight in 1903, their aircraft were steered by “warping” the wings, that is changing the twist along their length, by using a mechanism with which the pilot, who was lying down, commanded by moving his body to one side or the other. The control of the aircraft using a slow rolling motion – one wing up and the other down – was the key to the success of the Wright’s aircraft.

Other developers of early aircraft were forced to find a different way of controlling aeroplanes and consequently, the technology moved towards the used of control surfaces (the movable parts that can be seen on the rear parts of wings and tail structures) that are used on today’s aircraft.

All commercial jet aircraft are currently designed so that they have the optimal fuel burn for the mission that they are designed for, primarily considering how many passengers they will carry over what distance. If aircraft are used in a different way, for example, by carrying less passengers over a shorter distance – then they are not going to be as environmentally friendly.

Over the past 30 years, a range of technologies have been developed that can enable aircraft to attain the optimal wing shape, or even change shape, for the least possible fuel burn throughout the entire duration of each flight. This technology is often referred to as “morphing”1 and it can be categorised into two main types:

Planform morphing – where the entire shape of the wing (as seen looking down on the whole aircraft) can change in flight, which is useful when the role that the aircraft is performing is changed. An example of this is the Tornado military aircraft where the wings are kept almost straight for speeds below the speed of sound, whereas when a supersonic flight is required, the wings are swept backwards to reduce the drag that slows that aircraft down.

A further example is the use of telescopic wings, for example, for a search and rescue drone because it is beneficial to keep the wing span (i.e. their length) as long as possible so that the fuel burn is kept to a minimum, whereas if wreckage was spotted in the sea, the drone would need to become more manoeuvrable and this could be achieved by reducing the wing span. NextGen Aeronautics have developed and demonstrated several designs that enable total planform morphing, including span, chord and sweep2.

Performance morphing – where the chordwise (i.e. in the direction of the airflow) wing twist and camber are changed so that the aircraft performance is optimised in flight to reduce the fuel burn. This approach is particularly effective for aircraft which are being used for missions, which are not the same as for which they are designed, for example, by flying from London Heathrow to Brussels which is a very short flight. Recent examples of research in this area include the development of morphing leading edges3 (the front of the wing) and morphing wing tips4 (the end of the wings) whose shape can be adjusted to ensure optimum aerodynamic flow over the wing at all points during a flight.

Most of the above morphing designs can be achieved without the need for exotic new materials and devices. The one area that still needs to be completely solved is the development of a morphing skin capable of large changes in size – whilst still being able to carry loads in all directions. The space, weight and power requirements for the morphing mechanisms need to be far less than the aerodynamic benefits that they bring and there are the safety considerations that must be contemplated for all new technologies used for aerospace structures. Due to the above issues, it is likely to be

many years before morphing become commonplace on the aircraft that we fly in on a regular basis, but we are likely to see their use on much smaller aerostructures in the near future.