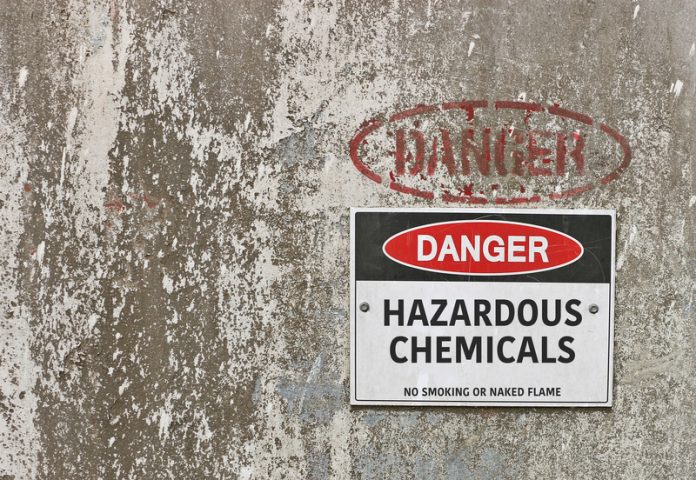 What happens when a substance is suspected or found guilty of adverse effect on human health or the environment? Removing a toxic chemical from a product’s ingredients is only the first step through the bumpy road that leads to product safety improvement. When a toxic chemical is being replaced, some other substance will take its place to carry out that chemical’s industrial performance. Substitution is meant to mitigate the health concern, however, in some cases a chemical or ingredient believed to be less hazardous may later be proved unsuitable because of toxicity, bioaccumulation, or other concerns, leading to what is called a “regrettable substitution”. Let’s look at two major food-related substitution issues

The massive entry of palm oil into our food production occurred following the restrictions of the World Health Organization regulations on hydrogenated fats, such as kinds of margarines. http://www.who.int/bulletin/volumes/91/4/12-111468/en/.

In 2016, the European Food Safety Authority (EFSA) issued an opinion about the health consequences of food process contaminants of edible oils. EFSA specifically identified 3-MCPD (3-monochloropropane1,2 diol), as a chronic toxicant for kidney and testes, whereas glycidyl esters were identified as genotoxic carcinogens.

Notwithstanding many uncertainties, the EFSA risk assessment identified potential health concerns for consumers, especially for younger age groups. Moreover, foods containing palm oil featured as main contributors to the overall intake, because it was liable to the formation of such contaminants and its widespread use. In the meanwhile, the levels of toxic by-products in foods is clearly dependent on technological processing, such as temperature (https://www.efsa.europa.eu/it/efsajournal/pub/4426).

Food industries are aware that their success depends on consumers’ trust, in that the oils they use were safe. While they might have been taken aback by the EFSA opinion, the main food industries were probably aware of the issue of toxic by-products and willing to take a pragmatic approach, by reducing the levels found in refined vegetable oils, including palm oil.

Action became imperative as palm oil concern grew up to be an expensive, industry-wide concern. Attitudes could range from attempting to ignore the problem, in the hope that legislators would react slowly but risking the reaction by the consumers, to proactive intervention on the processing methods for vegetable oils. Another alternative is looking for a substitute.

Commercially available alternatives to palm oil are fats like coconut oil or cocoa butter, which have a perceived health advantage over palm oil; indeed, available data show generally lower levels of 3-MCPD and glycidyl esters, but from the nutritional viewpoint there may not be a gain. Compared to palm oil, these fats have a similar level of saturated fatty acids whose high intake is a risk factor for cardiovascular diseases, a major cause of morbidity and mortality in Europe.

Beyond the scientific debate, palm oil has been boycotted also for environmental and ethical reasons, because of the impact of monoculture on local populations, such as expropriation and exploitation of peasant farmers and villages. But it must be ascertained in an objective manner that such issues do not exist for intensive, large-scale cultivations to produce coconut or cocoa oils, or other industrial cultivations, such as tobacco as well. Thus, it is a struggle for a just cause, which may be somewhat naïve, as if compliance with laws and non-exploitation policies depend on the product itself, rather than on the interests behind it.

Coming back to exposure to process contaminants the most practical alternative may be palm oil produced with improved techniques that lower the levels of 3‐MCPD‐ and glycidyl esters. Admittedly, palm oil refined in such a way will incur additional costs, but these can be more than compensated by the increased consumers’ confidence. The promotion of products (e.g., cookies) that contain fewer fats and the enforcement of state-of-art maximum limits for process contaminants of vegetable oils should go together with technological improvements to afford consumer safety.

Bisphenol A (BPA) is a plasticizer known to be an endocrine disruptor also at low doses; concerns about its safety have led to its replacement with substitutes now found in a multitude of consumer products.

The ready-at-hand and cost-effective alternatives to BPA appeared to be other bisphenols that did not present endocrine disrupting properties, in particular, Bisphenol S (BPS). However, further studies have shown that BPS and other BPA analogs (BPF and BPAF) have estrogen-mimicking properties: while estrogen agonism was mostly investigated in vitro or in non-mammalian systems (e.g., zebrafish embryo) the nature and potency of effects were comparable to BPA.

BPS was also shown to induces lipid accumulation and differentiation of primary human preadipocyte, which entails a further remarkable similarity to BPA; indeed, BPA is suspected to alter the metabolic balance and increase obesity risk upon prenatal exposure. Indeed, consumers should be cautious about the assumption that ‘BPA-free’ means, per se, that a product is safe

The first and most obvious aspect is that substitute candidates could appear “safer”, simply because they have been less studied. Safety of substitutes should be assessed on a robust comparative basis, as proposed, for example, by the European LIFE project, LIFE-EDESIA http://www.iss.it/life/index.php?lang=2 the current, rapid development of in silico screens and in vitro batteries can provide a reliable data set.

Of course, it would be highly un-effective to focus only on, for example, endocrine disruption, because this is the key concern of the chemical to be replaced: indeed, it would be purposeless to replace an endocrine disruptor with a mutagen! In silico screens are highly valuable, for such properties as genotoxicity or bioaccumulation: indeed, the potential for endocrine disruption would be better screened by in vitro assays because it involves more complex and often multiple mechanisms.

From the industrial standpoint, searching for a universal substitute for a chemical such as BPA might not be the best strategy. Rather, it could be more effective to select a range of potential substitutes for different uses. The industry should also be aware that for new substances to be used in consumer products such as food contact materials, a full testing package according to up-to-date regulatory requirements is needed in EU. Thus, a robust and comprehensive screening battery is all-important, in order not to waste time, resources and expectations in compounds that eventually show up as potentially hazardous.

The substitution principle is pivotal to implement the favorable impact on health and environment by the REACH, the EU regulation on chemicals. To be effective in the real world, the process needs transparency and consistency of aims and methods, as well as keeping pace with the developments of toxicological and risk assessment sciences.