Sarah Moran, Vice President, International from USA Rice, walks us through what we need to know about rice, the little world traveller

As the United States just finished harvesting the rice crop in August 2021, millers and exporters are looking to other countries to purchase about half of the production. While much of the rice grown in the U.S. is consumed in local favourite dishes such as jambalaya (1) in Louisiana, broiled catfish (2) in Arkansas, Tex-Mex (3) dishes in Texas or sushi (4) in California, more than 130 countries purchase 3.5 million metric tonnes of U.S. rice each year.

“In 2020, China imported twice as much rice as the second-largest rice importer, the Philippines. Given the immense opportunities there, the U.S. has spent considerable efforts to enter the market and then introduce importers and consumers to U.S. rice.”

Rice in the United States

The U.S. is geographically suited to be able to grow all types of rice, including long-grain (indica) rice, short- or medium-grain (japonica), fragrant varieties such as jasmine or basmati, white, brown, parboiled, and organic varieties. Wild rice is also grown in the U.S. and is one of the only grains native to North America. Wild rice, however, is not truly a rice plant – it is a semi- aquatic grass, but since it looks and cooks similar to rice, it is often mixed with rice and served in similar formats. (5) All these rice types and more are grown and exported each year. Rice production is the third-largest among cereals in the U.S.

Given that half of the crop is destined for overseas markets, the rice industry is finely attuned to the needs and requirements of these customers. In fact, many shipments are grown specifically for the needs of consumers abroad. Japan, a country where they eat rice daily and is typically the third-largest export market for U.S. rice, largely imports medium-grain rice from the United States, which can be found in Costco supermarkets throughout the country. Some Japanese customers prefer short-grain varieties called Koshihikari (which has a rich taste and is very sticky) and Akitakomachi (chewy texture, less sticky than Koshihikari and often used for rice balls). Farmers in California will devote an agreed number of acres to grow those specific varieties and fill those needs. Similarly, there are customers in Nicaragua who prefer certain types of long grain rice and will sign contracts with farmers in Arkansas or Louisiana to grow quality- specific varieties.

The search for new markets

While many loyal customers purchase U.S. rice each year, USA Rice continues to look for new markets or market segments to increase sales opportunities. A country that offers immense potential because it is the largest rice producer, largest rice consuming country, and the largest rice importing country in the world…is China. It consumes the equivalent of the entire U.S. rice crop every 13 days. (6) In 2020, China imported twice as much rice as the second-largest rice importer, the Philippines. Given the immense opportunities there, the U.S. has spent considerable efforts to enter the market and then introduce importers and consumers to U.S. rice. Based on several consumer studies USA Rice has conducted in the country, many Chinese consumers value U.S. rice for its strong food safety standards and high-quality characteristics. There have been some shipments of U.S. rice to China, and additional shipments are expected as awareness of U.S. rice increases, and broader U.S.-China relations improve.

U.S. shipments to Taiwan and Hong Kong, both located near China, but with fewer restrictive importing regulations, have remained strong for many years. Taiwan is typically a top 15 export market for U.S. rice, bringing in 64,000 metric tonnes of medium grain rice from Arkansas and California annually. Hong Kong is a much smaller market, but services a vibrant expat community and foodservice sector with nearly 8,000 metric tonnes of U.S. rice each year. Using specific, targeted activities to increase rice consumption, USA Rice has worked with food processing companies in Taiwan to develop traditional Chinese cakes made from U.S. rice and targeted hotel chefs in Hong Kong to include U.S. rice in their hotel’s menu.

As American farmers begin preparing their land for the upcoming planting season starting in March, U.S. rice will continue to be exported around the world, travelling to a plate near you. 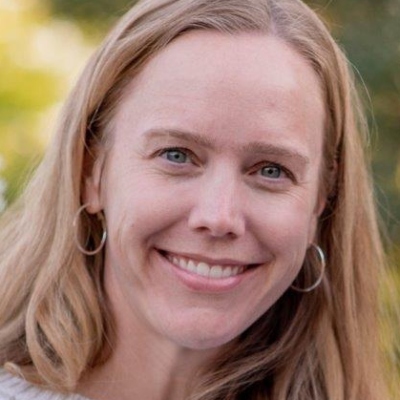