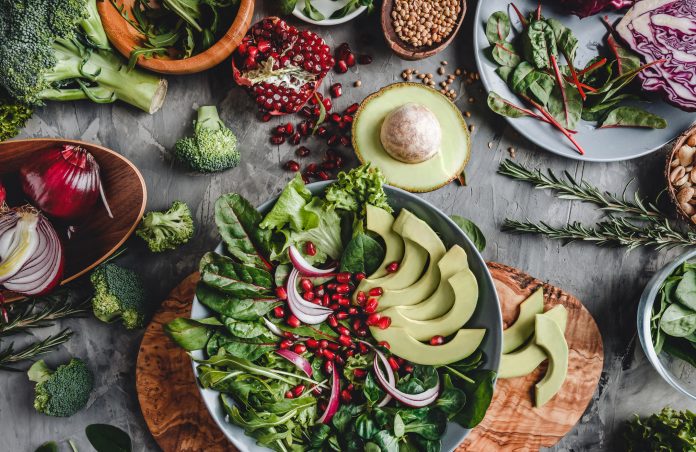 An analysis of 11 randomised trials revealed the benefits of vegan diets, when it comes to weight loss and glucose control.

For adults who struggle with their weight, or with type 2 diabetes, food control can be a difficult factor in maintaining a healthy lifestyle. Researchers find changing to a vegan diet could improve these problems in a short time period.

“Vegan diets likely lead to weight loss because they are associated with a reduced calorie intake due to a lower content of fat and higher content of dietary fibre.”

Involving up to 800 participants, aged 18 or older, the researchers conducted a systematic review comparing the effect of vegan diets to other types of diets on cardiometabolic risk factors.

Further analyses found even greater reductions in body weight and BMI when vegan diets were compared with continuing a normal diet without dietary changes (-7.4 kg and -2.78 kg/m2 respectively), than compared with other intervention diets (-2.7 kg and -0.87 kg/m2).

However, these dietary changes are not a magic cure

However, the vegan diets – which were rich in fruits, vegetables, nuts, legumes and seeds, with no all-animal derived foods – unfortunately, had little effect on blood pressure or triglycerides (which is a type of fat in the blood) compared to other diets. So while they proved to benefit blood sugar and weight loss, they did less for blood pressure and triglycerides.

Anne-Ditte Termannsen, of the Steno Diabetes Centre, said: “This rigorous assessment of the best available evidence to date indicates with reasonable certainty that adhering to a vegan diet for at least 12 weeks may result in clinically meaningful weight loss and improve blood sugar levels, and therefore can be used in the management of overweight and type 2 diabetes.

“Vegan diets likely lead to weight loss because they are associated with a reduced calorie intake due to a lower content of fat and higher content of dietary fibre. However, more evidence is needed regarding other cardiometabolic outcomes.”

A limitation to the findings include the small sample sizes of the majority of the studies, and that the vegan diets varied substantially by carbohydrate, protein and fat content.

Also, none of the studies prescribed a control diet that exactly matched the intervention diet in all other aspects except veganism.

Therefore, it was established that the effects of vegan interventions on cardiometabolic health may partly be caused by differences in macronutrient composition and energy intake between the groups.