Home Open Access News Workplace News Where are all the women in the IT industry?

Ilijana Vavan, Managing Director of Kaspersky Lab for Europe, discusses the clear gender gap in the IT industry as research reveals that women only account for 26% of the computing workforce

Take a look around the office at most technology firms and there’s one thing that you can’t avoid noticing –  there’s a gender imbalance. Calculations vary, but the latest research from the NCWIT suggests that women account for just 26% of the computing workforce, with women of colour accounting for just one-in-10 IT professionals.

In cybersecurity, where 90% of the workforce are men, the situation is looking even bleaker. According to the Global Information Security Workforce Study from Frost and Sullivan, (ISC)2 and Centre for Cyber Safety and Education, this is a factor contributing to the predicted 1.8 million cybersecurity worker shortfall by 2022.

There have been multiple efforts to look into the root causes of the imbalance. For some, the problem stems from a lack of investment into start-ups run by female founders (according to Atomico, an astounding 93% of investment currently goes to all-male propositions). Meanwhile, for others, there’s simply not enough being done at a governmental level.

At Kaspersky Lab, we believe that technology has no gender. As part of our mission to futureproof the industry, we have asked what it’s really like to work in IT, and what can be done to encourage more women to consider a role in IT.

Overwhelmingly, we’ve found that IT is a positive and exciting environment to work in. The research shows us that the women and men working in IT, generally, are having the same experiences and are chasing the same goals.

The majority of IT workers are positive about the tech industry – not just because it is highly paid, but also because it’s a progressive and interesting environment to work in. And interestingly, despite the gender imbalance, men and women feel this way in almost equal measure.

Many, for example, agree that there’s a genuine appreciation of skills and talent in IT. Around three-quarters of workers – whether male or female – don’t believe it matters what gender you are in the industry. If you are good at your job, you’ll progress quickly. Others believe that they are contributing something helpful to society through their role. Why then, are so few women entering the industry?

If IT is a stimulating, collaborative and engaging industry to work in, the research raises obvious questions about why so few women are entering the profession. With over a third (37%) of female IT professionals agreeing that a lack of women made them wary of starting a career in the industry in the first place, the current lack of women in IT is a factor that is putting more off joining in the future.

The research indicates some ways we can start to solve the problem. It shows us that women want to see other people like them in the workplace – almost two-in-five (38%) female IT workers say they have felt intimidated by the unequal split between the gender of staff, and around a third say there’s an appetite for more visible female ambassadors.

The research also highlights some other factors which if fixed, will go a long way towards encouraging more women to enter IT. These include:

At Kaspersky Lab, we want to see change. Research is telling us more about what women’s career requirements and motivations. It’s now forming the basis of discussions with other companies and organisations, and these conversations are allowing us to take steps to bridge the gender divide.

We are putting a firm commitment in place to contribute towards tackling the gender imbalance, and this year we aim to take action. We are also calling on the rest of our industry to take similar steps because, with more diverse skills and outlooks, we can make the internet a safer space. 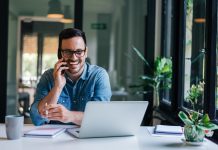 Is this the end of the ‘Goofy’ headquarters offices? 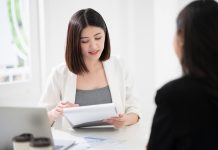 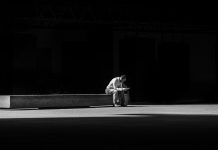 Fashion industry must prioritise its inclusion crisis over sustainability