Anti-Black bias has been the subject of #BLM protests all year – now, sociologists have analysed 4.8 million adults to further explore the current status of police racism

When George Floyd lost his life to an aggressive arresting officer, the video of his death seeped through into the mainstream. His murder echoed the situation of racial injustice that has existed in the veins of the US for 400 years, compelling similar protests across the world. There were marches in every major global city, with demands for a just prosecution for the policeman responsible. After George Floyd became a tragic household name, more names kept coming.

Now, Derek Chauvin has been ruled guilty on two counts of murder and one count of manslaughter.

Americans questioned both how this level of fatal policing can still exist, and how deep these racially-coded perceptions of citizens ran. Other Americans dismissed the increasing death stats as a trick by the Left, pointing instead to riots.

Researchers at the University of Miami looked into the key question: How pervasive is racial bias among police, specifically?

Piquero says that the answer should give everybody pause. Their survey of the Implicit Association Test (IAT) results of 4.8 million adults, including 8,000 police officers, gave them a rich source of data.

This is not a study that calls a sample of 100 or 200, or ignores widespread attitudes in society. They found that almost one of every five officers exhibit high levels of implicit pro-white or anti-Black bias. That is the kind of bias that lies shallow under the surface of decision making, unknown or hardly noticed by an officer. This kind of bias can happen to anybody, but becomes especially dangerous in the mindset of a person making life or death decisions.

However, when looking at explicit or conscious bias, the team found that number did not change as much as they expected it to – one in eight officers were openly racially biased, either pro-white or anti-Black again. This is the kind of bias that sits firmly on the surface, acknowledged, and accepted.

‘Higher levels of bias than members of the public’

“We find that officers exhibit consistently higher levels of bias than members of the public overall and compared to other members of their own racial groups,” the researchers wrote.

Lead author Braddock further commented: “There are lots of other studies that show that doctors or lawyers or public schoolteachers have implicit pro-white biases that affect their performance with people of color.

“But there seems to be such a reluctance to acknowledge the possibility that bias exists beyond a handful of individuals in policing. Not recognizing this represents an obstacle to doing something about it. So, let’s stop using the excuse of a few bad apples.”

What about Black law enforcement officers?

The researchers found an interesting and unexplained phenomenon in Black police.

While Black people who were not police scored a much lower level of conscious bias than other racial groups, Black police displayed a higher explicitly pro-white or anti-Black bias. This raises a lot of theories that have long been discussed by activists who have been focused on police brutality for years. One of the theories is that law enforcement actively gives a set of racial judgements to police, due to the pre-existing culture of the workplace. Another theory is that people who choose to enter the police force are already equipped with anti-Black views, leading them to believe that this is a good job to do.

Researchers toy with the idea that there is some combination of both theories.

“Although a small number of police may be responsible for a disproportionate number of misconduct incidents, the mistreatment of Black people appears to be embedded within, and legitimated by, a collective, organizational culture characterized by anti-Black prejudice,” the researchers further commented.

“Therefore, training programs must focus not only on changing officers’ individual biases but transforming shared beliefs about race.”

Through this work, the team found that anti-Black bias is widespread across society. They suggest that this is due to individual socialisation, as people are raised with the beliefs of their communities and families. It can be difficult to navigate what is real and what isn’t – especially in the new age of misinformation, in which fake news about Black people can spread across Facebook and Twitter. However, before children reach that point of absorbing racialised views, they are open to other races. The data suggests that we learn from them, before we raise another generation that will bring fatality to more Black people.

“People in all kinds of professions have these attitudes. It’s just magnified now in policing because of the higher stakes and the atrocities that we see in video accounts like that of George Floyd’s death,” said Piquero.

“What we need to do is better socialize children as early as possible to not just recognize differences, but to embrace and learn from them.” 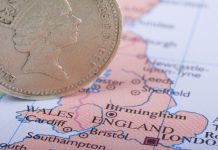 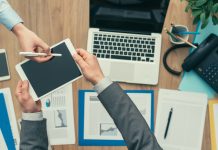 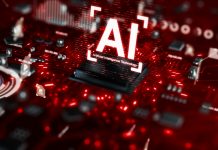