While data and news reports show that Black and Hispanic communities are disproportionately affected by the 2019 Coronavirus Disease (COVID-19) pandemic, the role that neighbourhood income plays in COVID-19 deaths is less clear.

New research by a team of researchers at NYU Grossman School of Medicine examine the interplay between race/ethnicity and income on COVID-19 cases and related deaths in 10 major U.S. cities. The researchers found that non-white counties had more incidences and deaths than predominantly white counties. Contrary to messaging fixating only on poverty as an indicator of race, this was true for both low-income and high-income communities.

Gbenga Ogedegbe, MD, MPH, professor of Population Health and Medicine at NYU Langone and one of the study’s co-authors, commented:

“We have known for decades that racism kills. Racism is a public health issue which has been implicated in the racial gap in mortality and in health outcomes.”

The findings – recently published online in JAMA Network Open – suggest that racial disparities in COVID-19 cases and deaths exist beyond what can be explained by differences in poverty rates.

The research team found that in communities with a higher median income, predominately non-white communities still experienced more COVID-19 cases. These communities, despite having a similar economic grounding, had three times the diagnosis and deaths than predominately white neighbourhoods.

“While we expected to see greater numbers of COVID-19 cases and deaths in predominantly non-white, low-income communities, we were surprised that this relationship still held even after we accounted for poverty rates.

“Given our findings, we believe that structural racism may explain these racial disparities in number of cases and deaths noted in Black counties.”

How was the experiment done?

“Because the differences in COVID-19 cases and mortality cannot be explained by poverty alone, our findings give credence to our hypothesis that structural racism underlies the disproportionately higher rates of COVID-19 infections and alarmingly high rates of deaths in predominantly Black communities. The fact that non-white residents died from the virus at higher rates than white residents in both wealthier and poorer communities should be a major alarm bell to policymakers at the national and local government levels, academic medical centers, and the country at large.”

One of the study’s limitations, according to Adhikari, is that it covers only large metropolitan areas and that the data analysed are aggregated at the county level. More granular data at the individual level, as well as a breakdown of residents by race and ethnicity, would provide greater insight into the drivers of this troubling association, as well as expose most affected neighbourhoods in need of more robust public health interventions. 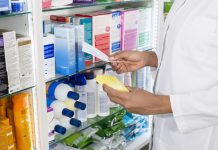 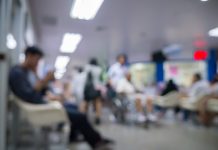