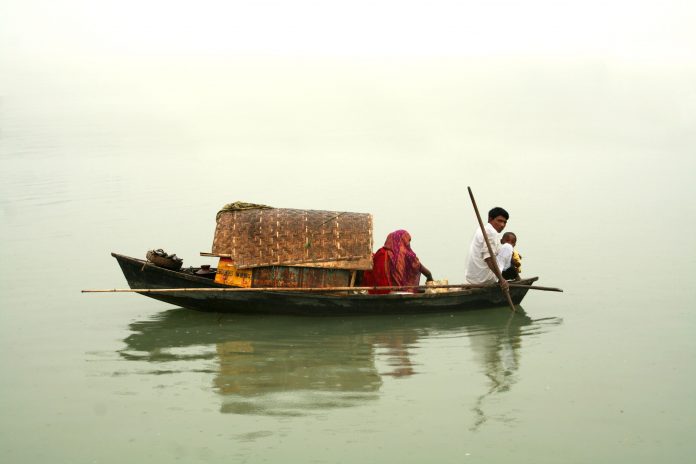 When rural poor people get a one-time capital boost, it helps them accumulate assets and find better occupations – pulling them from the poverty trap

Chronic poverty in the Global South can seem like an insoluble problem – as highlighted by the term ‘poverty trap’, which is essentially a set of self-reinforcing mechanisms whereby countries start poor and remain poor.

To study this, researchers at MIT analysed financial solutions for people in Bangladesh, finding that when rural poor people get a one-time capital boost, it helps them accumulate assets, find better occupations, and climb out of poverty.

In particular, the study strongly suggests that poverty is not principally the product of people’s capabilities or attitudes. Rather, the very poor are usually mired in a poverty trap, in which an initial lack of resources prevents them from improving their circumstances.

“The poor are trapped in these occupations as a result of the fact that they are born poor.”

To conduct the study, the scholars examined data from a long-term survey project involving 23,000 households in 1,309 villages, administered by BRAC, a major NGO in Bangladesh. The paper is titled “Why Do People Stay Poor?”, looking at how anti-poverty programmes can make the world of difference – even when they’re small.

That project included a specific anti-poverty programme covering 6,000 poor rural households: Women in half of those households were offered a one-time asset transfer of about $500 and complimentary training and support in 2007, while the rest served as a control group after 2011, with surveys of the households conducted in 2007, 2009, 2011, 2014, and 2018.

They found from the study that the sudden acquisition of a productive asset ­– even, say, just one cow – via a randomised asset transfer programme can help spring the poor from that trap if it brings them above a basic wealth threshold. Instead of being farm labourers or domestic servants, rural people take up livestock rearing and more land cultivation and sustain better incomes.

Clare Balboni, an assistant professor of economics at MIT and co-author of a published paper detailing the study’s findings, said: “The poor in these contexts are not unable to take on more productive employment, they simply lack the productive assets to do so.”

The study adds evidence explaining what lies behind the success of “big push” anti-poverty programs, which often centre on significant one-time interventions.

Such programmes have gained traction over the last 15 years or so.

Overall, after quantifying the experiment’s material gains, they found that after four years, for women given a cow in 2007, earnings increased by 37%, consumption rose 10%, ownership of household durables increased 110%, and extreme poverty – which includes those living on under $1.25 per day – decreased by 15%, compared to the control group.

This asset intervention works, but why?

The villages in the BRAC experiment have a “bimodal” wealth distribution: Some people have very few assets, while others have significantly more, with a gap in between the two levels.

So, when people in the poorest group receive a $500 asset, it leaves them in the gap between those levels.

The poor do not stay in that gap, however, after receiving that $500 asset. After tracking households over time, the researchers found a pattern: the gap between wealth levels is actually a threshold.

People whose acquisition of the $500 allowed them to surpass that threshold gained income and wealth over time, while those below it remained poor.

Essentially, acquiring even one cow allowed members of very poor households to move from being under-employed labourers to working more with livestock and inland cultivation. It’s not that the poor did not want to work; hours worked actually rose when people had more work options.

The study estimates that 98% of poor households consisted of wage labourers before the intervention, whereas about 98% would choose to devote some hours to livestock rearing, given enough assets.

Balboni further said: “The poor are trapped in these occupations as a result of the fact that they are born poor. We really need these big-push policies that tap into talent.”