London has the biggest pay gap of UK cities

According to their research, the UK average gender pay gap is 17.9% meaning women earn £4,861 less than men and work 41 days for free. 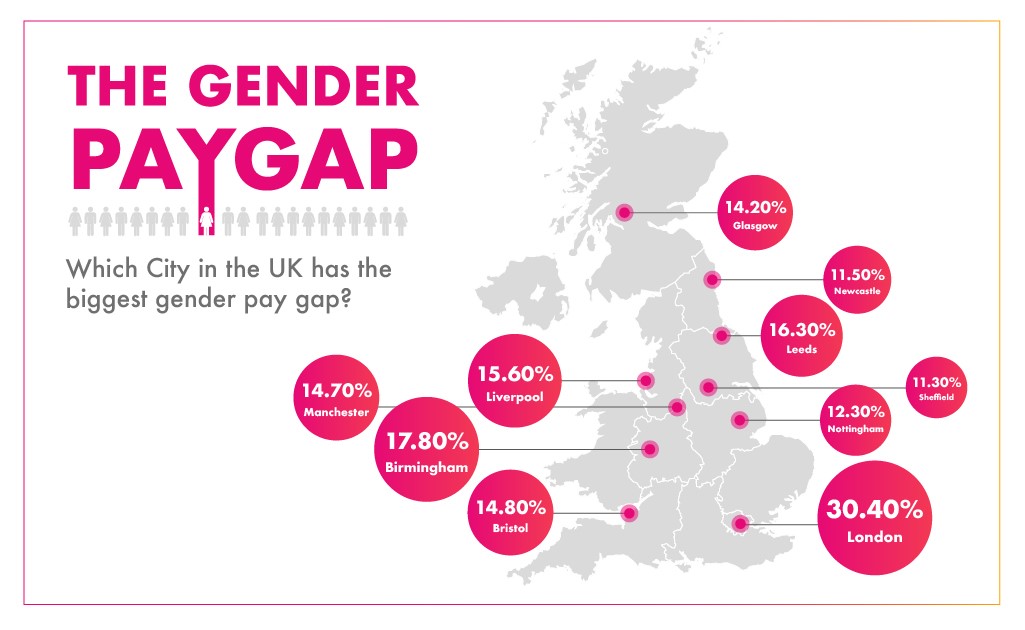 Full of large businesses, London has the UK’s biggest gender pay gap, and the sheer size of the figure itself is shocking. The 30.40% pay gap found in the UK capital is miles away from the second-worst offender, Birmingham at 17.80%. Leeds is third with 16.30%, followed closely by Liverpool at 15.60%.

Image 1. The UK gender pay gap broken down by the ten largest cities in the UK. 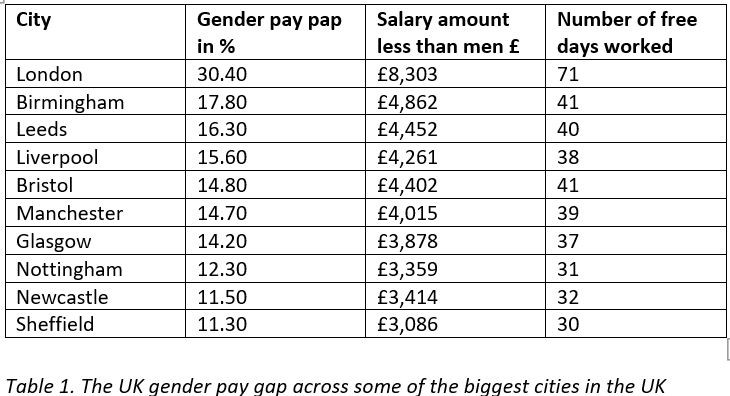 “The lack of transparency around pay means that many women do not know their worth and don’t ask for more as a result. There’s a general embarrassment around pay and sharing what you earn with others, but this encourages the taboo even more.”

“In the end, it’s the corporations that gain from the secrecy around pay by paying women less. But when pay is such a motivating factor for employees, companies could also gain higher productivity when levelling out the pay gap and valuing women’s work”.

Finance roles have some of the largest pay gaps

The worst job a woman can have as far as the gender pay gap goes is a financial account manager. It comes in at a staggering 49.1% behind the opposite sex. 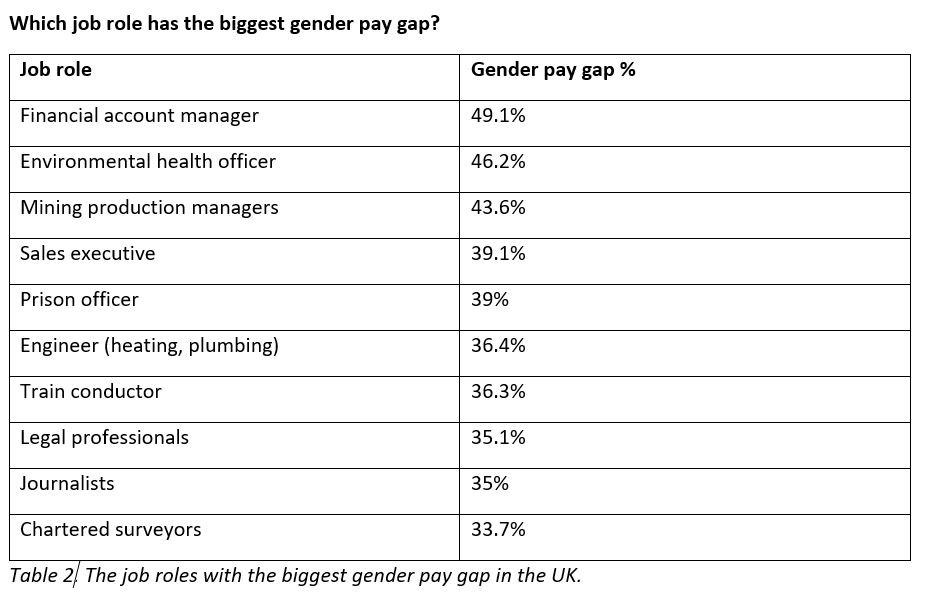 The best job role for women hoping to get paid more than their male counterparts is social services manager, which has a -88.3% gap in favour of females. Female personal trainers are also highly likely to have a bigger pay packet than men, with a -75.2% space. This is followed by PR professionals at -32% and careers advisors at -31.4%.

Despite the hefty amount of press column inches, the gender pay gap has earned over the last few years, very little has changed and we still have a long way to come in terms of progress. 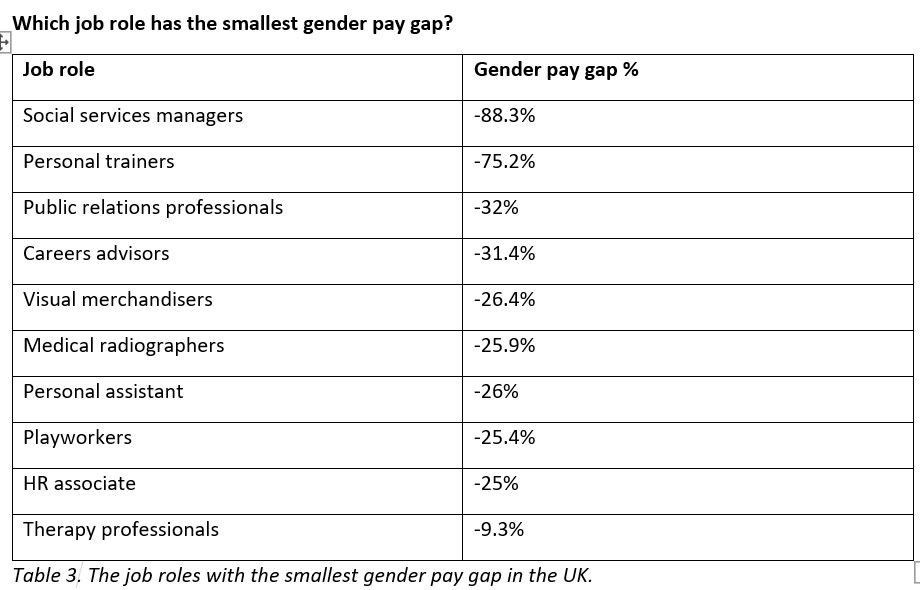