The incredible rise of Bitcoin, which recently broke the $10,000 barrier, has been met with a rise in cryptocurrency malware and other cybercrime

Security firms are warning of cryptocurrency malware and other threats from cybercriminals believed to be cashing in on the unprecedented success of Bitcoin.

Software company Malwarebytes say that they have stopped 250 million attempts to install cryptocurrency mining malware onto PCs in one month alone.

Another firm described it as a ‘huge spike’, and a ‘tenfold increase’ in attacks.

Thieves have been hacking into emails and websites to install malware and using the processing power of PCs, and in some cases, smartphones, to mine cryptocurrency.

Mining involves processing cryptocurrency transactions into the blockchain, for which miners receive coins as a reward.

Most operations use other cryptocurrencies than Bitcoin, due to a large amount of power needed to mine it, but experts are linking the increase to the leading coin’s value.

When computer systems are hacked, mining uses up almost 100% of their power, and can even continue when the computer has been shut down.

Tiny windows are opened up which are too small for the user to see and carry out operations without them noticing.

Most criticism of cryptocurrency revolves around its potential to be used for criminal activity.

Nicole Eagan of security firm Dark Trace described a ‘rampant’ use of corporate systems to mine currency.

The recent rise of Bitcoin’s values was marred by a hack of rival currency Tether resulting in a theft worth $31 million.

Some countries have expressed a reluctance to embrace digital money due to its reputation for playing a part in crime and illegal trade.

Since its inception, Bitcoin has faced stumbling blocks on the path to its lofty position as the most popular cryptocurrency.

In 2010, a hacker tried to exploit a bug in Bitcoin systems which raised the cap on supply from $21 million to £148 billion.

It seems that the currency has been strong enough to avoid lasting damage, but the recent breakthrough of hitting over $10,000 in value has led to warnings of a bubble. 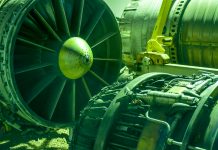 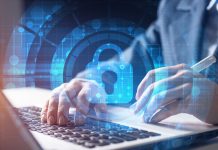 The issue of cybersecurity when taking work to the home 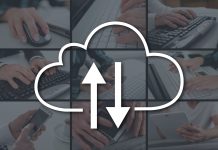 Rationing the cloud: How coronavirus has created capacity issues

Fire in data centres: Smoke is the biggest cause of damage

Legacy technology: An obstacle to your digital ambitions

Robotics: The story of a multi-robot café with PRINTEPS