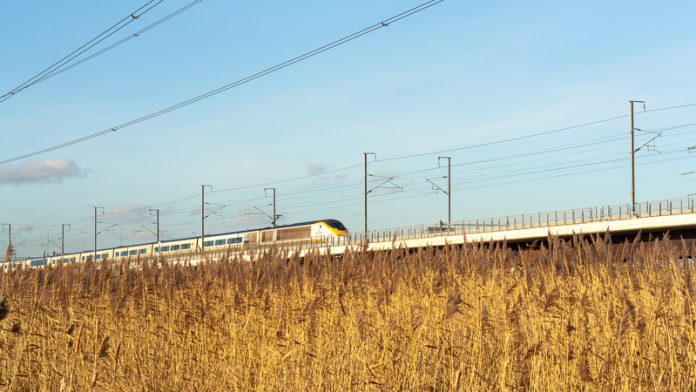 The announcement was made during the launch of HS2’s ‘Green Corridor‘ in Kenliworth, where the minister supported HS2’s plans to connect wildlife habitats and native woodlands along the length of the route.

The move will ensure that HS2 sets a new environmental standard for construction projects.
An extra £2 million will help landowners along the route between Birmingham and Crewe to plant new trees in the area.

“As we deliver the new high speed railway our country needs, driving forward economic growth and better journeys for passengers, it is imperative we set a new standard for protecting and enhancing our diverse woodlands and wildlife.

“HS2’s ‘Green Corridor’ is one of the most significant tree-planting and habitat creation projects ever undertaken in this country.

“That’s why the government is backing it with an additional £2 million for the Woodland Fund to support the creation of native woodland and restore existing ancient woodland sites between Birmingham and Crewe.

“We are also committed to putting in place a positive legacy of road safety improvements. An extra £6.5 million of funding for local authorities on Birmingham to Crewe route will ensure communities in the region see and share in the extraordinary benefits of Britain’s new railway.”

The extra £6.5 million towards the HS2 Road Safety Fund means that towns and villages on the route from London to Crewe will have more than £35 million of government funding to deliver and support improvements for pedestrians, cyclists and drivers.

The ‘Green Corridor’ will create nine square kilometres of new native woodlands, as well as custom-built habitats for species including bats, badgers and great crested newts.