Here, we discover that EBO Consult will contribute to the expansion of district heating cooperatives in the Netherlands

For many years, EBO Consult has presented the benefits of district heating during several seminars and conferences. Every time the focus has been on consumer-owned district heating, we have felt the intense feedback from the audiences. How can consumers manage and control district heating and how can an energy utility district heating cooperative operate under a not-for-profit regime?

We have received numerous requests and questions about district heating after these events and there have been many times when such feedback has resulted in sparring sessions about implementing district heating in various countries.

Based on these experiences, EBO Consult has received a grant from the Danish Energy Agency to export know-how to the Cooperatie Energie Samen, a Dutch member organisation. The aim is to develop a support structure to district heating cooperatives, similar to the one developed by EBO Consult in Denmark, and thereby contributing to the expansion of district heating cooperatives in the Netherlands.

EBO Consult: Who are we?

EBO Consult consists of a team of passionate experts who share a vision to make energy provision local, efficient and sustainable. Since the 1990s, EBO Consult has managed district heating cooperatives in Denmark, something that relates to Danish legislation concerning the organisation of district heating entities and a long tradition of the operation and maintenance of district heating.

EBO Consult offers an alternative to the traditional district heating company, where people are directly employed by the company. We can help with everything from operation to marketing. It can be a total service package or a single service. To date, we have mainly worked with Danish district heating cooperatives and citizen energy communities, but now it is time to go international.

Buildings in EU-coun­tries approximately consume 40% of all energy consumption in the EU. Therefore, there is a growing interest in utilising energy-efficient heating like district heating. Especially the integration of energy renewables in the production of heat for district heating, a topic in its own right.

The contents of the Green Deal programme target like investments in district heating networks with loan facilities from The European Investment Bank. Hence, district heating is a new pan European and an important player in the attempts to minimise CO2 emissions, which increases the demand for new energy infrastructures in Europe. 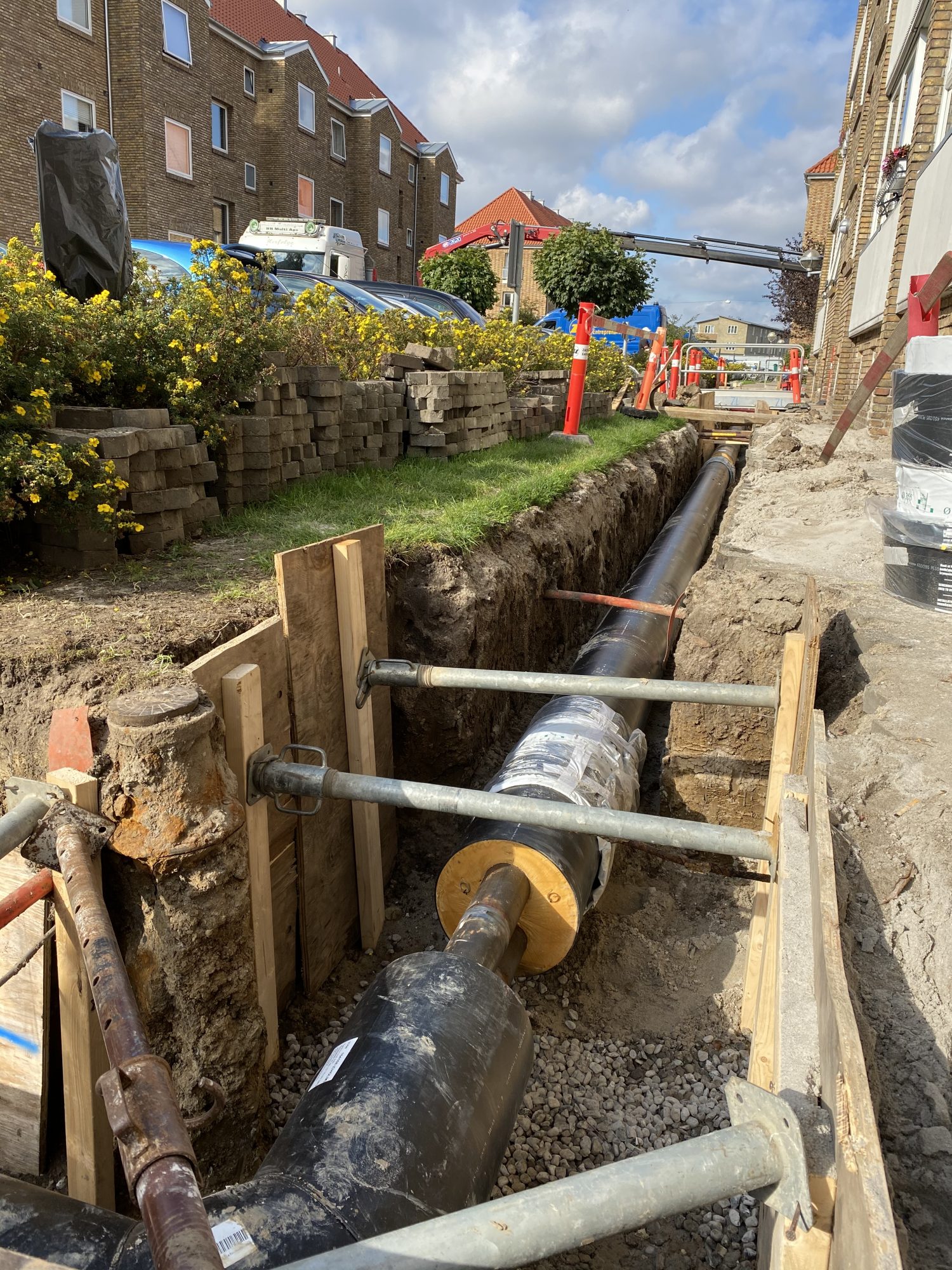 The current heating situation in the Netherlands

The Netherlands is a potentially growing market for district heating. There is an urgent need for changing the existing heating source from natural gas into something different and greener. The Nether­lands is dependent on natural gas, abundantly available in the Dutch underground. However, the extraction of natural gas has led to severe problems with earth­quakes, forcing the Dutch government to stop extraction in 2030. From a position as an exporter of natural gas, the Netherlands will increasingly have to import natural gas.

In 2019, a broad coalition of stakeholders in the Netherlands signed a Climate Agreement to achieve the emission reduction target of 50% in 2030. The agreement covers five sectors: renewable energy, building environment, transport, agriculture and industry. For each sector, emission reduction targets were set, and action programmes were designed. For the built environment with 7 million houses, the transition from natural gas to renewable sources of heating and cooking will imply a strong increase of district heating. Because of the high level of population density, potentially up to 50% of the houses will be connected to district heating in 2050. Today, district heating has a market share of only 5% in the Netherlands.

A grant from the Danish Energy Agency

One of the steps to get there is to gain a better understanding of the differences and similarities between the Netherlands and Denmark, regarding the district heating sector. Therefore, we will focus on activities that can qualify our export of know-how from a Danish to a Dutch context, which can be used by other actors that wish to export to the Netherlands.

The process of the project

We will start the project by collecting data about district heating issues in Denmark and the Netherlands. The results from the data will be used in a barrier and feasibility study that identifies the obstacles and potential for exporting Danish district heating know-how to the Netherlands. In this process, we will use the method of dialogue meetings with members of Dutch heating cooperatives, so we can verify the usefulness of Danish know-how for the Dutch situation. The aim is to develop a study that will function as a guideline for exporting know-how from a Danish to a Dutch local context. The third step is to disseminate the results of the study in the Netherlands and Denmark. The project will run in two years from 2021 to the end of 2022.