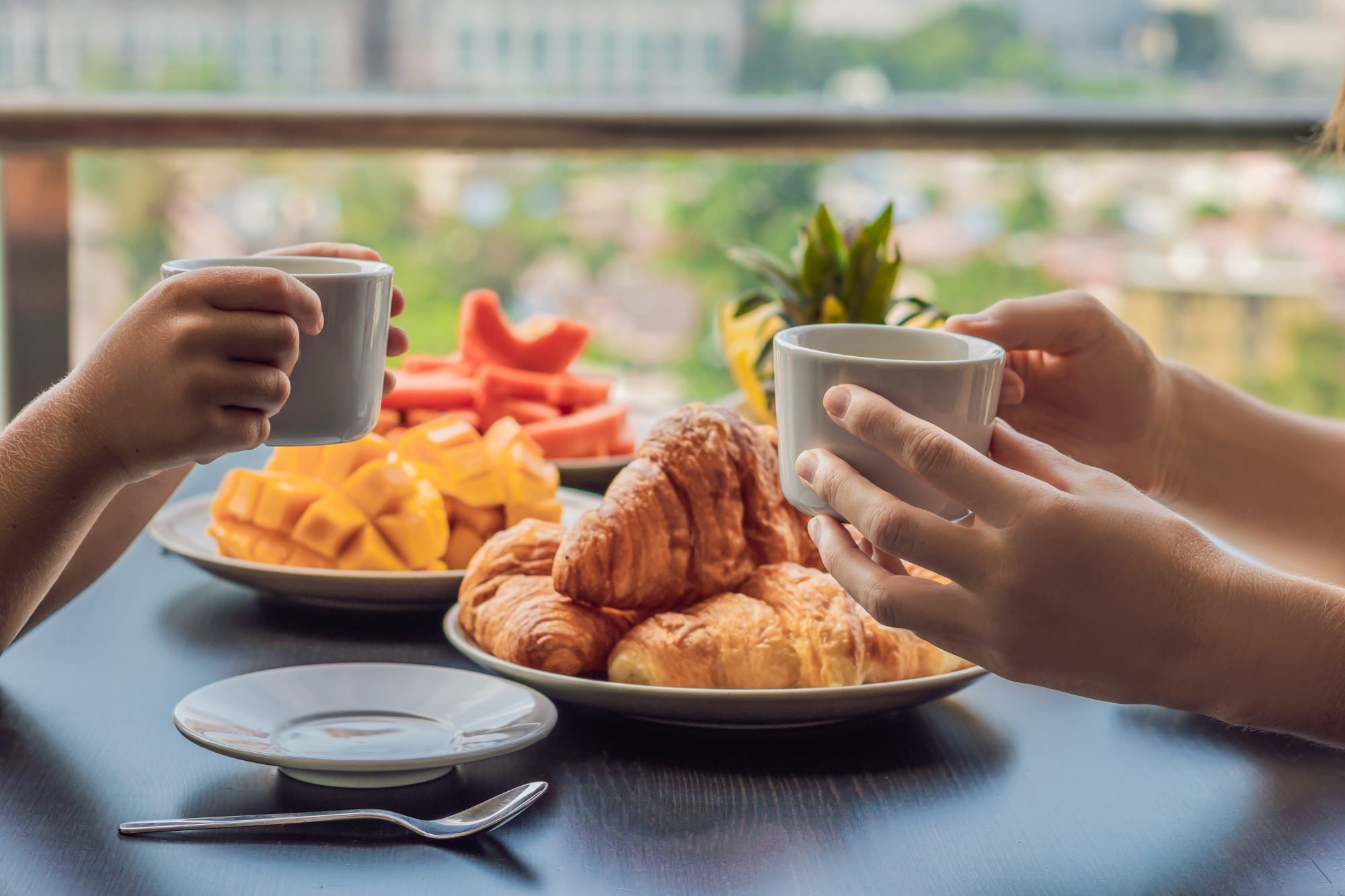 “Breakfast like a king, lunch like a prince, and dine like a pauper” – is there any scientific evidence behind eating the bulk of daily calories early in the day to promote weight loss?

Researchers from the Rowett Institute, University of Aberdeen put it to the test and investigated whether consuming the bulk of daily calories early in the morning helps to control appetite throughout the day and therefore promotes weight loss.

Does eating earlier in the day promote weight loss?

The question researchers wanted to answer was whether eating earlier in the day burns calories more efficiently and quickly.

The study, published in Cell Metabolism, concludes that it does not matter when a person eats their largest meal of the day – the rate of metabolism does not change.

There are a lot of myths surrounding timing of eating

“There are a lot of myths surrounding the timing of eating and how it might influence either body weight or health,” comments senior author Professor Alexandra Johnstone, a researcher in the field of appetite control at the Rowett Institute, University of Aberdeen, Scotland.

WHERE WOULD THE ENERGY GO?

“This has been driven largely by the circadian rhythm field. But we in the nutrition field have wondered how this could be possible. Where would the energy go? We decided to take a closer look at how time of day interacts with metabolism.”

How did researchers conduct the study?

The researchers recruited overweight and obese participants who were otherwise ‘healthy’ and studied their diets and metabolisms over a period of time.

The individuals partaking in the study were each randomly assigned either a morning-loaded or an evening-loaded diet for four weeks. The meal plans were isocaloric, with a balance of 30% protein, 35% carbohydrate, and 35% fat.

Overall, the researchers discovered that energy expenditures and total weight loss were the same for the morning-loaded and evening-loaded diets. On average, those partaking in the study lost just over 3 kg (about 7 pounds) during each of the four-week periods.

The secondary endpoints were the following:

“The participants reported that their appetites were better controlled on the days they ate a bigger breakfast and that they felt satiated throughout the rest of the day,” Johnstone explains. “This could be quite useful in the real-world environment, versus in the research setting that we were working in.”

However, one limitation of the study is that it was conducted under free-living conditions as opposed to in a lab setting. Furthermore, certain metabolic measurements were available only after breakfast and not after dinner.

Johnstone notes that this type of experimental study could be applied to research on intermittent fasting as it could help determine the best time for individuals to consume the bulk of their calories.

She concludes: “One thing that’s important to note is that when it comes to timing and dieting, there is not likely going to be one diet that fits all.

“Figuring this out is going to be the future of diet studies, but it’s something that’s very difficult to measure.”