Germans have only taken 270,986 AstraZeneca doses so far, leaving roughly 1.17 million doses in storage across the country – but these shots are due to expire in less than six months

It has been two weeks since 1.45 million doses of the AstraZeneca vaccine arrived in Germany, ready for the population to use.

Only 270,986 doses have been given, leaving an immense amount in fridges across the country.

Currently, the COVAX scheme has sent the first humanitarian allocations of 600,000 doses out to Ghana. While the scheme has wide criticisms in slow deployment and lack of input from various countries, the healthcare disparity between the global north and south is starkly highlighted.

Some individuals explained that they see the Pfizer vaccine as more powerful and reliable,  because it is a product of German drugmaker, BioNTech.

Speaking to the NYT, Michael Breiden, a 53-year old night nurse in a psychiatric hospital in the western state of North Rhine-Westphalia, said: “The point is that we have a German-made product that is the market leader, but we are not able to get it.”

Negative press creates a bad impression on the population

Headlines have plagued AstraZeneca since the feud between the Commission and the drugmaker – the EU accused AstraZeneca of shorting them on dosage deliveries, suggesting that the missing doses had been sold to higher bidders, perhaps in the US.

The first dose of AstraZeneca has been found to provide a protection rate of 76% over three months, which goes to 82.4% when the second dose is administered after 12 weeks.

What followed this accusation was a highly-public war of press releases and interviews, between the company and the Commission. This led to negative German coverage of AstraZeneca – claiming that the COVID vaccine was unable to protect individuals over the age of 60. Further fuelled by WhatsApp rumours and anecdotes, the common narrative about AstraZeneca became that it would provide the bare minimum of protection for the most side effects possible.

Here, we addressed three common myths with hard science – including the rumour created by an academic about antibodies impacting female fertility.

The World Health Organisation has officially recommended AstraZeneca for use in all age groups, after conducting their own analysis of available data.

If Germans continue to be wary of the vaccine over the next month, their vaccination plan will be set back by a significant amount of time. In order to gain herd immunity, vaccination should start as imminently as possible. 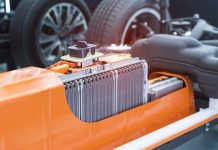 Scientists can restore lifespan of a dead lithium battery 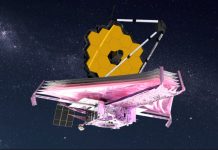