This action plan is key for the achievement of the Farm to Fork and Biodiversity Strategies and their targets, which were adopted in May 2020 within the context of the European Green Deal.

You may recall that both the Farm to Fork and Biodiversity Strategies contain the objective of achieving 25% of the EU’s agricultural land under organic farming by 2030 (and a significant increase in organic aquaculture).

There were good reasons for adopting a target on organic farming:

The 25% target is also ambitious:

The whole purpose of this action plan is to help achieve that target of 25% of agricultural land under organic farming by 2030. Of course, this action plan must be seen in a wider context of assets we can build on:

Let me now turn to the plan itself and highlight some its main features. A smart approach has been developed, based on an analysis of the sector and on proposed actions that have all been widely endorsed by stakeholders and the broader public during the public stakeholder consultation.

The action plan is truly comprehensive. It focuses on production and consumption and sustainability. It also covers the complete value chain since some of the actions concern farmers and other actions concern processors, wholesalers, retailers, restaurants, canteens, schools.

But, at the same time, the action plan also takes an approach that is first of all demand-driven, consumption-driven. The logic is that farmers will not convert unless they see a demand for their products. And the focus is on demand and consumption in both the public sectors and the private sectors.

That is why the first axis of the action plan is called “stimulating demand, ensuring consumer trust” and contains measures such as:

The action plan should not be seen in isolation. It should be seen in conjunction with, and it can build on, a number of assets. One of those assets, as already mentioned, is the Common Agricultural Policy, which will be mobilised fully to support the implementation of the plan, and in particular its second axis, which is called “stimulating conversion, reinforcing the entire value chain”.

The CAP will provide financial support, but also other types of support. As regards financial support, the relevant CAP instruments include the eco-schemes and rural development environmental management commitments, which include organic farming. The eco-schemes will be backed by a budget of €38-58 billion for the period 2023-2027, depending on the outcome of the on-going negotiations. CAP support will also include technical assistance and the exchange of best practices and innovations in organics. Farm advisory services on specific topics will be strengthened, notably as part of Agricultural Knowledge and Innovation System (AKIS), to promote relevant knowledge exchange.

Focus on better use of natural resources Organic farming is currently the only system that has been recognised by a robust certification method. It leads by example on the path to more sustainable agricultural practices, a better use of renewable resources, higher animal welfare standards, and higher incomes for farmers. This does not mean, however, that the sustainability of organic farming cannot be further improve. This is why this action plan includes a strong focus on a better use of natural resources and on reductions in the use of plastics, water and energy.

Specific relevant actions include the following:

Organic farming is already knowledge-intensive. And there is a clear need to enhance even further our knowledge so that organic farming can become even more sustainable and also more productive.

I would also like to mention a number of novelties:

We will encourage Member States to support their development and implementation because they have proven successful in integrating organic farming and other local activities to enhance tourist appeal also in areas that are off the mainstream tourist track.

A Biodistrict is a geographical area where farmers, the public, tourist operators, associations and public authorities enter into an agreement for the sustainable management of local resources, based on organic principles and practices. The aim is to maximise the economic and sociocultural potential of the territory.

I would just like to end by making two important points. First, I am confident we will achieve the target. The action plan is performance-oriented, with concrete planning and implementation on the one hand, and a strong focus on monitoring and delivery on the other hand:

Second, and this is really an important message that I would like to get across to your audiences: we will need the full mobilisation of all actors, not only the farmers, not only the Commission, but also other EU institutions, Member States, regions, and the public and private sectors, to make this plan a success.

This article is based on a speech given by Commissioner Wojciechowski at the press conference on 25 March 2021, presenting the Organic Action Plan. The speech was supplied by the European Commission. 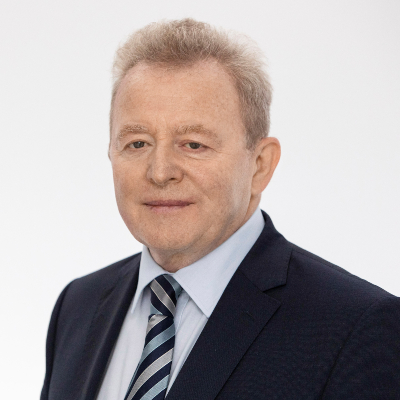