Alison Kriel, Founder, Above & Beyond Education, describes the importance of understanding equality in light of gender bias in society

A child’s journey into the world of limiting beliefs and gendered attitudes begins from the moment of gender reveal parties or the placing of a blue or pink cap on a newborn’s head. It is the start of a lifetime of subliminal messages that boys ‘do’ and girls ‘look pretty.’ We are light years away from the elimination of gender bias in society.

By the time the baby toddles into a toy shop, they know whether they go to the blue corner filled with wonderful toys for boys to develop their skills as doers and builders, or the pink corner for girls to develop their role of perfect homemaker and babyminder. By the time our pupils start preschool at the age of three, boys already have the foundation of creative thinking skills developed to design and build houses wearing clothes that enable them to go out into the world to fight dragons and demons. Girls know they have skills as nurturers and homemakers in houses designed and built by the boys who they follow in their pretty clothes and shoes which prohibit play on an equal basis. Boys arrive willing to take risks, girls with a mindset of perfectionism.

One of the biggest challenges for Early Years staff is to challenge the gender-biased thinking which has formed in the minds of their young pupils through their entire lifespan, acquired through media, advertising, shop layouts and adult role models. School staff have to help them to unlearn that girls are born to have a limited mindset and boys are encouraged to have a limitless mindset.

An understanding of gender equality

If we are to ensure that every child is given the opportunity to reach their full potential, it is critical that an emphasis is placed on readdressing the subliminal messages received by every child to develop an understanding of gender equality. This is an essential aspect of the early years foundation stage (EYFS) curriculum. Children need to understand what gender bias is and to learn to see that gender inequality is a problem in our society. This is done through a carefully considered curriculum, non-gendered play activities, gender-neutral toys, books that challenge stereotypes, positive role models (‘We can’t be what we can’t see’), and adult use of language and expectations to debunk the myth that gender bias towards boys is acceptable.

Raising awareness of bias is just the beginning. As they grow older, our pupils need to understand their responsibility to themselves to put aside limiting factors, and to recognise that they have a role to play in seeing the bias in the world around us. Pupils can challenge bias, and be the change they want to see in the world by having high aspirations and by being the best role model they can be. They need to learn to be part of redressing the balance and become part of the solution.

It is well researched and evidenced that diverse teams perform better. The most successful companies in the world actively embrace diversity. Studies into diversity in the workplace have found that for every 1% increase in gender diversity, company revenue increases by 3%, and increased ethnic diversity increases revenue by 15%. The better the representation of rank diversity, the bigger the success, the greater the profit. A workforce that knows there is opportunity for development makes a strong team as they recognise their potential within. We also know that countries that have the most openness to equity, diversity and inclusion are also the richest, happiest countries with the lowest crime rates.

Schools that are ambitious for the future success of their pupils and have a desire for them to work in senior leadership roles in globally successful companies, who want their pupils to contribute to a country which is rich, happy, and peaceful will actively support their pupils’ understanding of inclusion, equity, diversity and belonging. They will want their pupils to be JEDI warriors (Justice, Equity, Diversity, Inclusion) and will do that by making those values the cornerstones of their hidden and measured curriculum. Successful execution will be evidenced through low exclusion rates, a closed gap in attainment between all groups, and resourcing which enables every pupil to access learning equitably. Students will demonstrate their understanding of the immorality of exclusion, marginalisation, disparity, and inequalities in access through their learning and social behaviours. This is at the heart of all happy schools where every student has raised self-esteem because they feel accepted, valued, and know they are successful.

A school that puts diversity, equity, and inclusion at the heart of what they do will take conscious actions in ensuring that those values permeate through all that they do. Through the active recruitment of a diverse staff who understand their role in the active elimination of discrimination and violence; a curriculum which enables every child to feel successful and develops their understanding of the world and their role in eliminating bias; non-gendered uniform policies; carefully considered playtimes and learning environments. Deliberate leaders who take conscious actions to eliminate inequity and marginalisation to create a culture of belonging and success builds communities of pupils who will go out into the world with high aspirations. Those leaders know that their work goes well beyond tick box data, the digital divide and technology. They know it is about being human- centred. 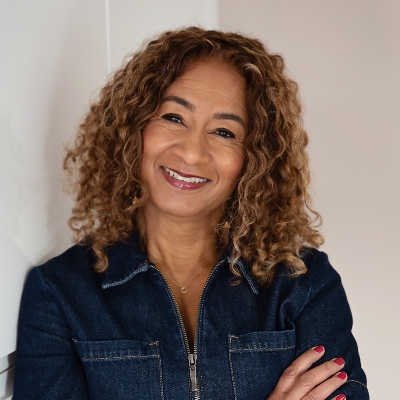