Since the beginning of the outbreak a year ago, the COVID-19 pandemic has caused more than 1.5 million deaths and more than 63 million confirmed cases have been reported worldwide. As announced last February by the Director-General of the World Health Organization (WHO), Dr Tedros Adhanom Ghebreyesus, these already terrible times are accompanied by another multifaceted phenomenon. Indeed, stressing that fake news circulates faster than the virus itself and is just as dangerous, he declared: “We are not just fighting an epidemic; we are fighting an infodemic”.

Defined as a tsunami of information — some accurate, some not —that spreads alongside a disease outbreak, the infodemic is not a new occurrence. In fact, it has already been identified during the yellow fever, meningitis, and Ebola outbreaks to name a few. Nonetheless, what took the form of rumours in the past has now reached another scale, which has amplified its negative impact on the health of populations.

What makes the COVID-19 infodemic so special?

One specificity of the COVID-19 crisis is that the exponential growth rate of the infodemic curve follows that of the epidemiological one. While COVID-19 is gaining ground, people are rightfully becoming more anxious and eager to gather more knowledge and evidence on the situation. But drowning in a sea of conflicting information, the public gets further confused and fearful.

Furthermore, with the breakthrough of various digital platforms over the last decades, the diversity of media sources and the volume of information are unprecedented. Viewed as opportunities and challenges at once, new technologies have also brought a paradigm shift when it comes to the dissemination and consumption of information: less balanced and nuanced, more striking and hurried. For instance, we have seen how the announcement of restrictive measures throughout Europe was followed by falsehoods about impending food scarcity, which prompted people to stockpile supplies early on and caused actual shortages.

Nowadays, we live in two intertwined worlds: one physical and another virtual, tackling the infodemic in both worlds has become a pressing and challenging issue and requires new ways of dealing with infodemic.

The COVID-19 pandemic is a major crisis of the 21st-century. It prompts us to deliver new solutions to the overflow of information. Rather than trying to eliminate it, we need to learn to manage it:

First and foremost, we need to engage with people and communities, even the ones with opinions and beliefs that are not mainstream. Indeed, the impact of misinformation on societies is a growing mistrust, more particularly towards institutions. Maintaining a space for the population to express concerns and questions is vital. It will help establish sustainable relations between official sources of information and the public. In turn, this will bring trust which is an essential component of successful epidemic response.

Secondly, we need to listen to people, not only to respond, but to understand their concerns. In that matter, the WHO’s EPI-WIN Team has developed two areas of action: social media monitoring, and partnerships with amplifying networks. Together with diverse stakeholders, the EPI-WIN team has developed tools to listen to conversations on social media and get the pulse of the population’s interests. We are now able to monitor the themes on which people would like to obtain information, but also their sentiments towards some topics (for example, fear, anger, compliance). On top of that, by building partnerships with groups such as health workers, the youth or the World of Work, WHO has been able to establish two-way dialogue with different communities’ leaders to discuss and co-develop guidance that ensures messages are adapted to people’s needs.

Thirdly, we need to distil the science into actionable information to facilitate behavioural change. It is thus vital to provide evidence-based, transparent, and regular information, as well as acknowledge when we do not have the answers. This includes conversation regarding future vaccines.

Finally, merely providing the information is not sufficient. Moving forward, what is important is to create an environment for people to make informed choices and adopt healthy behaviours. As we cannot limit ourselves to top-down approaches and goodwill lip service, we need to empower individuals and their communities to adapt recommendations to their context, culture, and values.

Infodemiology: the science behind infodemic

At WHO, we seek a broader and coordinated effort to manage the infodemic which requires cross-sector commitment and engagement. To this aim, we have also developed a new scientific discipline called infodemiology which brings together scientists from different areas of expertise (for example, data scientists, physicists, epidemiologists, biologists, social scientists). Infodemiology will enable us to better understand the infodemic during this 21st-century crisis and develop evidence-based interventions to manage it. We do not want societies to experience panic or be divided because of misinformation. We want people to access the right information at the right time in the right format so that they are equipped to protect themselves, their families and their communities.

This article follows on from Sylvie Briand’s participation in the European Health Forum Gastein (EHFG) (https://www.ehfg.org/) online event during October 2020. 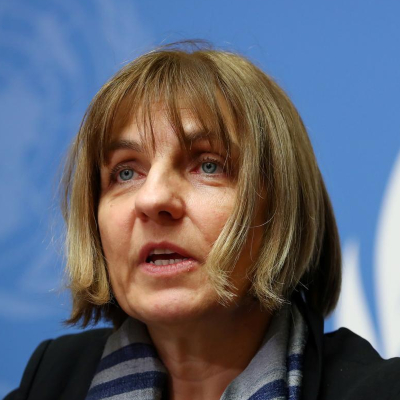