Dr Dan Williams, CEO and Co-Founder of new biotech business SynaptixBio, discusses how the search is on to find the first treatment for one of the world’s rarest diseases, TUBB4A-associated leukodystrophy

TUBB4A-associated leukodystrophy is a devastating condition. It can be life-threatening and debilitating – and there is no cure.

It makes up 9% of a group of about 30 rare neurodegenerative disorders known as leukodys- trophies, which damage the central nervous system (CNS).

Caused by a mutation in the TUBB4A gene, it disrupts myelin surrounding nerves, leading to disruption of the signals between nerve cells in the brain.

At the most severe end of the spectrum, such as the condition known as hypomyelination with atrophy of the basal ganglia and cerebellum (H-ABC), it can lead to significant impairment of motor skills such as walking, sitting up and even swallowing.

Patients can also develop seizures, muscle contractions, hearing and speech difficulties, and uncontrollable limb movements, while others who have developed motor skills in early childhood can regress.

Tragically, it often results in an early death for babies and children who spontaneously develop the mutation.

How TUBB4A affects the body

All leukodystrophies damage the CNS’s white matter, consisting of nerve fibres called axons, which connect nerve cells, and myelin – a fatty substance that protects the fibres.

The mutated TUBB4A gene produces a harmful protein that damages white matter, breaking down the myelin sheaths on nerves, resulting in hypomyelination. This

often means impulses transmitted by nerve cells are disrupted, slowing them down or blocking them entirely.

It can also result in symptoms such as paralysis, learning difficulties, severe speech problems and issues with swallowing.

How prevalent is the disease?

While reports have previously claimed the number of TUBB4A-associated leukodystrophy patients is just 200 worldwide, new evidence is beginning to challenge that theory.

According to Dr Josh Bonkowsky at the University of Utah, leukodystrophies affect 1 in 7,000 births. With about 119 million children born globally so far this year, which would mean more than 16,000 could have leukodystrophy – and almost 1,500 with TUBB4A-associated leukodystrophy – since January.

In fact, the number of cases could be higher still because many patients are thought to have been misdiagnosed with other conditions, such as cerebral palsy.

And, unfortunately, it is easy to see how signs can be missed.

A varied combination of symptoms, some of which are technically described as separate conditions, makes it incredibly difficult to spot. The only way to confirm the disease is by gene sequencing.

And while it was first thought TUBB4A-associated leukodystrophy was only present in newborns and children, we are also starting to see more cases across other age groups, particularly young adults.

A study by Di Bella et al. reporting hypomyelination cases in adult leukodystrophy, indicated TUBB4A mutations as one of the causes of spastic gait and cognitive impairment.

It is clear more must be done to raise awareness of the disease to ensure patients get the best level of care for their individual needs.

How close is a treatment?

Despite there being no known cure for TUBB4A- associated leukodystrophy, new research is being carried out to find an effective treatment.

Through the work of Professor Adeline Vanderver, Program Director of the Leukodystrophy Center of Excellence at Children’s Hospital of Philadelphia (CHOP) in the U.S, a gene therapy known as antisense oligonucleotides (ASOs) is being developed in the hope of becoming the world’s first treatment for the condition.

SynaptixBio has recently entered into a research agreement with CHOP related to a new method for treating TUBB4A-associated leukodystrophy. (1)

Previously used to treat conditions such as Duchenne muscular dystrophy and spinal muscular atrophy, ASOs have the potential to target the mutated TUBB4A gene and nullify the harmful proteins it releases.

This could be a real game-changer. If successful, it could modify the disease, increase survival, extend life and significantly improve the development of motor skills.

There is a long road ahead. Research is ongoing and further development and trials are needed. But it is hoped this new treatment could progress to clinical trials by as early as 2024.

There is still much work to be done, but as our understanding of TUBB4A-associated leukodystrophy and the use of ASOs develops, we are much closer to a treatment that will revolutionise the lives of potentially thousands of patients worldwide. 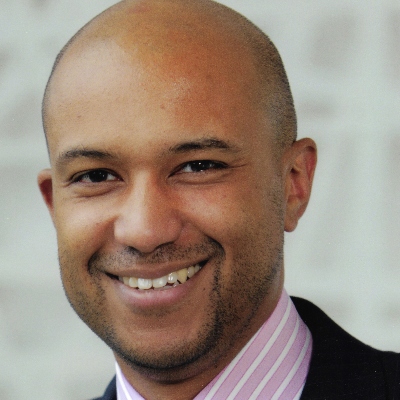