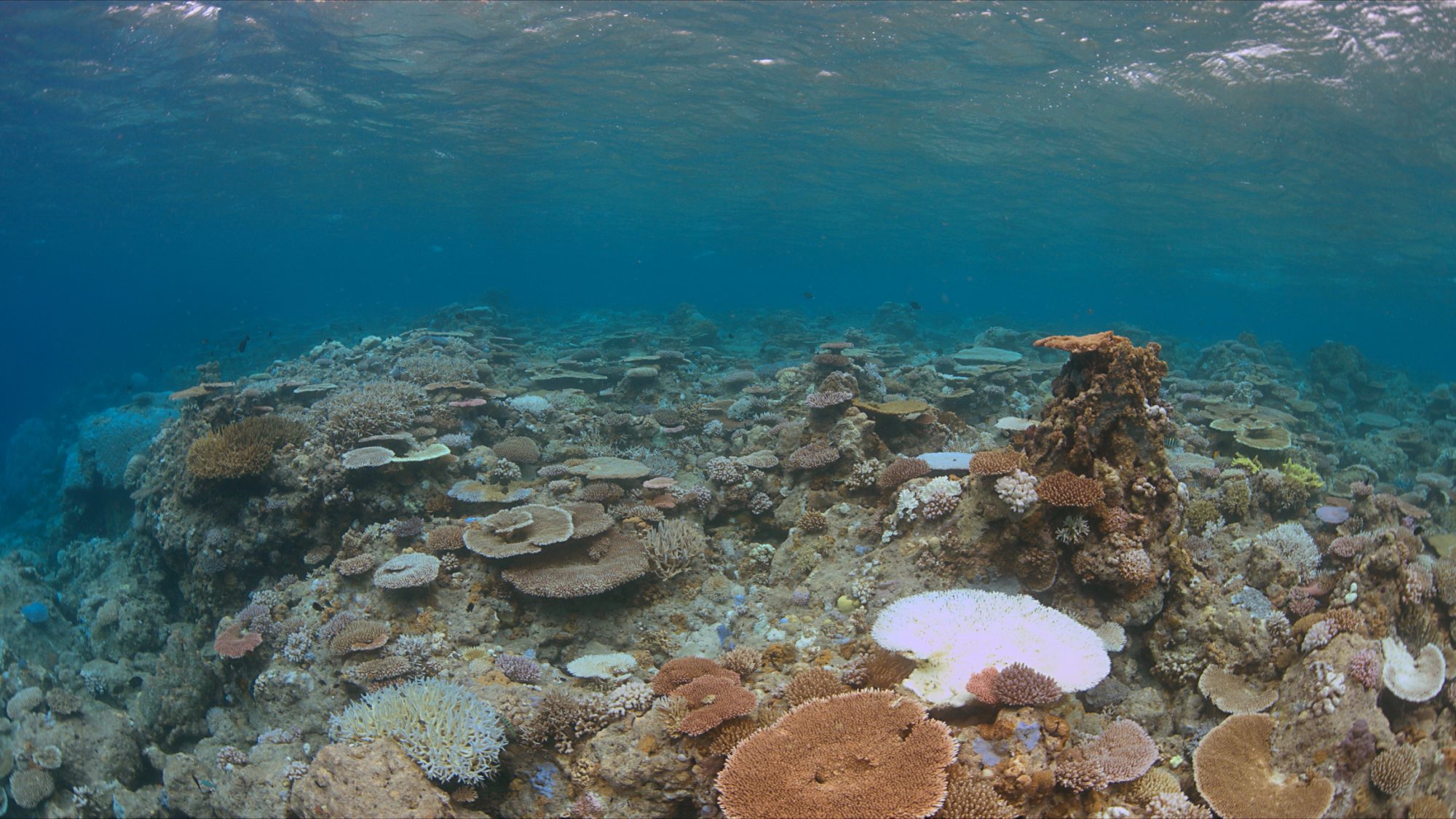 The Paris Agreement limited global warming to 1.5°C above pre-industrial levels, which still has devastating impacts for coral reefs – remaining on track for coral degeneration

Over 90% of tropical coral reefs will suffer regular heat stress, which remains as their number one threat – researchers find that these threats are to persist even under Paris Agreement climate warming limits.

The 2015 Paris agreement, involving 191 countries and the EU, saw a cooperative goal of maintaining global average temperatures to less than 2°C above pre-industrial levels, as well as continuing efforts to limit heating to 1.5°C.

However, new research highlights that the future of coral reefs under this heating target is still undesirable, as climate predictions from the Intergovernmental Panel on Climate Change suggest this will still cause a 70% to 90% decline in global coral reefs in 2018.

The survival and flourishing of coral reefs are fundamental to food security, biodiversity, and ecosystem structure. Their survival will require urgent action globally to reduce greenhouse gas emissions, which is currently too little under Paris Agreement targets.

The researchers studied whether coral thermal refugia would be able to withstand global warming temperatures of 1.5°C and 2°C above pre-industrial levels.

Published in the journal PLoS Climate by the University of Leeds, the research team found that even at 1.5°C globally, only 0.2% of reefs will have adequate recovery time between heat events. Consequentially, around 90.6% of reefs will suffer intolerable thermal stress.

Thermal stress has caused coral bleaching events, which eventually cause the death or decline of coral reefs – inevitably threatening the existing ecosystems which rely on them for their existence. In the past few decades, 84% of the world’s tropical coral reefs have had just enough time to recover between heat waves that cause bleaching mortality.

Thermal refugia are areas of coral reef which can maintain suitable temperatures for coral survival even when ocean temperatures in surrounding areas rise. The researchers examined these as areas predicted to suffer severe heat stress less than once per decade, about the time required for reefs to grow back and return to full function after a severe coral bleaching event.

At the moment, these refugia are found in all 12 coral reef regions across the globe – including Australia, Brazil, the Caribbean, the Coral Triangle in the Western Pacific Ocean; East Asia, the East Pacific, Fiji, Hawaii, the Indian Ocean, the Persian Gulf, Polynesia and the Red Sea.

Lead author Adele Dixon, a PhD researcher in the University of Leeds’ School of Biology, said: “Our finding reinforces the stark reality that there is no safe limit of global warming for coral reefs.

“Following the COP26 in Glasgow in which some progress was made towards the 1.5°C target, our finding shows that 1.5°C is still a substantial amount of warming for the ecosystems on the frontline of climate change.”

Using historical data, as well as the latest climate model projections generated by modelling institutions around the world, they projected future thermal exposure on shallow-water coral reefs. From this process, the authors found thermal refugia and predicted whether they would persist into the future.

The results demonstrated that under global heating of 1.5°C, refugia would be threatened, and in some cases, eradicated in most regions except for small areas in Polynesia and the Coral Triangle – which have lower rates of warming and periodic upwelling events and reduced frequency of severe heat stress events.

The report additionally advised that at 2°C of global warming, these thermal refugia would go extinct.

According to the findings, there still remain ‘hope sites’ which luckily have high variability in temperatures, such as in the Eastern Pacific. These areas imply that these coral are better able to cope with temperature extremes.

Identifying and protecting thermal refugia is vital to coral reef management. Additionally, removing other stressors such as fishing, tourism, and low water quality, promote resistance and recovery, and facilitate migration of coral to more suitable environments, can all aid reef conservation.

Scott Heron, Associate Professor in Physics at the ARC Centre of Excellence for Coral Reef Studies, James Cook University, said: “This analysis confirms that significant action on greenhouse gas emissions is urgent, with significant action needed this decade, but we also need to ramp up local management actions to help reefs survive through predicted impacts.”

Piers Foster, Professor of Climate Physics in the University of Leeds’ School of Earth and Environment and Director of Leeds’ Priestley International Centre for Climate, added: “Our work shows that corals worldwide are even more at risk from climate change than we thought at the time of the IPCC Special Report on 1.5°C.

“This reinforces the stark reality that there is no safe limit of global warming, and we need to act urgently to save what we can.”

Research supervisor Dr Maria Beger, Associate Professor in Conservation Science in the University of Leeds’ School of Biology, continued: “Coral reefs are important for the marine creatures that live on them and for over half a billion people whose livelihoods and food security rely on coral reefs.

“We need to not only deliver on Paris goals – we need to exceed them, whilst also mitigating additional local stressors, if we want children born today to experience reef habitats.”

Dr Anne Stoner, Research Assistant Professor at Texas Tech University Climate Science Centre, Lubbock, said: “Climate change is already impacting ecosystems in many areas of the world and will become dangerous even at 1.5°C of global warming. As such, it is crucial that action is taken now to limit global warming.”

The researchers conclude that protecting thermal refugia may only be effective in the short term, and that greater global warming prevention methods with be necessary on a global scale, as soon as possible.