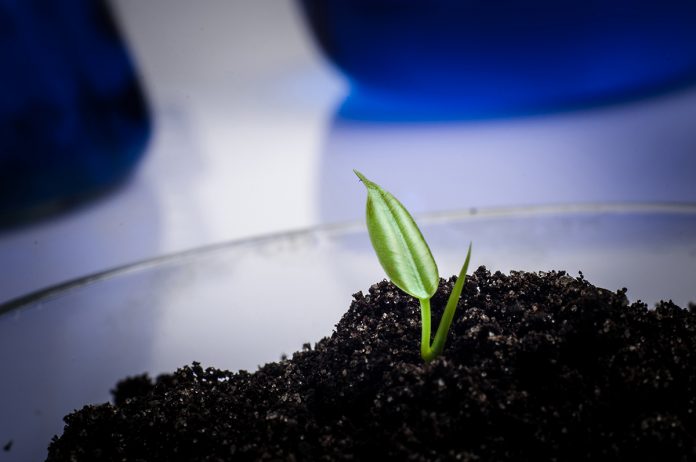 Philippe Rolshausen, Cooperative Extension Specialist based at University of California, Riverside, explains how the plant microbiome can be harnessed for commercial applications

In the second half of the 20th Century, the green revolution increased agricultural production to feed a globally growing population. It was made possible because of the adoption of new practices, transfer of technology and planting of high-yielding crop varieties. On the other hand, this revolution changed the agricultural landscape and came at an environmental cost because of the increased demand for water and a greater need for agrochemical inputs. Fifty years later, we stand at a crossroad of the green revolution because while we are projected to reach a global population of nine billion people by 2050, we cannot afford to ignore the environmental challenges that lie ahead of us.

Public awareness of environmental risks has expanded consumer demand for organic or sustainably grown food products which, in turn, shifted the standard conventional farming practices to more integrated systems. The use of synthetic chemicals is still a cornerstone of those agricultural practices in order to maximise crop productivity and limit losses caused by diseases. While these practices will not disappear for obvious reasons, research has optimised chemical formulations, delivery and efficiency and as a consequence, reduced the chemical inputs in cropping systems and runoffs in the environment. In addition, it facilitated the adoption of natural biological products that contain living microorganisms. Agricultural biological products have now become an integrated part of pest and disease management practices and nutritional programmes in developed markets, where bioproducts are used in combination with synthetic crop chemistries.

The assemblage of microbial organisms associated with humans or plants is known as the microbiome and can be viewed as an extension of the host genome. There are over a billion bacterial cells that inhabit a gramme of soil or gut. The equilibrium established between those living entities (or homeostasis) is critical for host health and that imbalance between the two entities (or dysbiosis) may lead to a state of stress. The microbiome has been a major focal point of scientific and clinical research and has fuelled the expanding market for plants and human probiotics. The agricultural biologicals market is projected to grow at a Compound Annual Growth Rate (CAGR) of 13.8% to reach $14.65 billion by 2023 from $6.75 billion in 2017.

In comparison, the U.S. markets for probiotics is estimated at $49.4 billion in 2018 and is projected to grow at a CAGR of 7% in the next five years. The strategy for a probiotic is to introduce “beneficial” microbe(s) that could provide advantageous traits to the host and improve environmental fitness. Yet the inability to predict or manipulate the behaviour of the introduced microbe and to deliver a consistent response to the treatments have impacted scientific credibility. The advent of “Omics” technologies provide the tools for a broader understanding of the microbial ecosystems and their dynamic interaction with the host. It enabled the screening of large microbial populations and identified individual or groups of taxa with functional capabilities.

The rhizosphere (the soil environment that surrounds the roots) is a microbe-rich environment that includes fungi, oomycetes, archaea, viruses and bacteria. Evidence shows that plants have developed a mechanism for recruiting specific microbes to cope with environmental stress. In this capacity, the host-selected microbes have provided a protective role against invasion by opportunistic pathogens, or drought conditions. Capitalising on those endemic functional microbes would increase the success rate for commercial biopesticides that currently rely on the exogenous application of non-native strains to a crop system. There is broad scientific support for biological controls against plant pathogens.

However, those have been established in controlled conditions in in vitro or in planta assays, but under field conditions, very few biological control agents can perform at a competitive level. This limitation combined with the challenge of formulating a product that guarantees a long shelf life of microbial activity has hindered market access of the microbial technologies. Yet there have been a handful of commercial successes for agriculture with fungal- (e.g., Trichoderma) and bacterial-based (e.g., Bacillus, Streptomyces, or Pseudomonas) bioproducts.

The plant rhizosphere also conveys key nutritional functions similar to those of the human gut. Scientists made the analogy that “plants wear their gut on the outside” because roots are exposed to the fluctuation of the environmental conditions, as opposed to the gut that is internal and, thereby, more environmentally sheltered. The energy production strategy between plants and mammals are, however, different. Plants can internally generate their own carbon energy (or autotrophs) through photosynthesis, while mammals seek their energy from other external sources (or heterotrophs). The mammalian gut has evolved to facilitate the uptake of simple sugars, lipids, vitamins and ions.

In contrast, nutrient acquisition by roots to support plant growth is almost exclusively limited to mineral ions and water from soil. The microbial profile of human guts and the plant rhizosphere is qualitatively and quantitatively different because of the contrasting conditions under those two environments (oxygen level, pH, food availability). Despite the fact that those two microbiomes have evolved independently, they have in both cases, helped facilitate availability and assimilation of nutrients to their host. One obvious example is the symbiotic relationship between legumes (peas, beans) and rhizobia. Those bacteria help the plant fix atmospheric nitrogen (78% of the air) in exchange for a carbon supply.

Another example is the symbiotic relationship between the plant and mycorrhizal fungi, whereby the mycorrhizae receive carbon from the plant in exchange for increased nutrient uptake (principally phosphorus and nitrogen). Both of those symbiotic microbes have been commercialised as biofertilizers and are being used successfully in agricultural production systems, mostly for annual cropping systems. Our research has also shown that citrus trees are often found in association with mycorrhizae and those fungi appear to support tree health under stress conditions. Our group is investigating if this symbiotic relationship can be established early on at the tree propagation phase in nurseries, rather than at a later stage in the field. In this way, this strategy would promote tree growth early on and sustain orchard longevity.