Home Open Access News Technology News Protect Duty: What does it mean for the security of publicly accessible...

Axis’ Steven Kenny looks at the Protect Duty, what it means for the owners and managers of publicly accessible spaces, and the role of technology to support and secure

The Protect Duty, a new piece of UK legislation, represents a major step towards improving security and preparedness at publicly accessible locations. Defined as ‘any place to which the public or any section of the public has access, on payment or otherwise, as of right or by virtue of express or implied permission’, it will require owners and operators to carefully consider the range of potential threats, relative to their business, and to take reasonable practical security measures.

The Government’s proposals, set out in early 2021, were followed by a public consultation, the result of which was published in a response document on 10 January 2022. This has been welcomed by many, not least the mother of Martyn Hett, one of the 22 victims of the Manchester Arena attack, who was a tireless campaigner for its introduction.

Considering the scope of the Protect Duty

It is now clear that tougher security measures are supported to ensure preparedness and protection from terrorist attacks, with the majority view from respondents to the consultation being that the Duty should apply to venues with a threshold of 100 persons or more. Scope would therefore include public venues, such as festivals and sports stadia; large organisations, such as retail chains; and/or public spaces, such as parks.

There are many reasonable and appropriate measures that can be, and often already are, undertaken by organisations which operate at such locations including risk assessments and security response planning; training programmes and awareness courses; and deploying simple security and target-hardening measures such as bollards and signage. However, the owners of such spaces are currently under no obligation to act on advice from specialist counter-terrorism officers on how to reduce the risk of a terror attack.

For many, taking action will require only simple changes to existing systems and processes, entailing nil or low new costs, such as ensuring that staff are trained to identify hostile reconnaissance, aware of the likely attack methodologies and exercised to take appropriate action in accordance with planned response protocols. For others, a legislative change could have a significant impact. Where proportionate security measures would entail more significant mitigation requirements, a reasonable time would be allowed to plan and progress measures within business planning processes and cycles.

While the Protect Duty findings make no mention of physical security systems directly, technology is a force multiplier to improve operational efficiency, accelerate decision making and demonstrate compliance. Cloud connectivity, the internet of things (IoT) and advancements in network camera technology have transformed physical security into a smart, interconnected system of cameras and sensors. Such systems are now capable of collecting and processing data through an analytics engine to produce powerful insights, serving to inform security and operational decision making.

Devices such as network cameras have become increasingly capable of processing and analysing video at the edge. Onboard processing power has huge benefits in relation to the recording and analysis of video in real time and the availability of related data. The ability to export and package video surveillance data in the event of an incident, without the potential time lag and energy drain associated with the sending of data back and forward to a server, results in an efficient, cost effective and faster means of video capture, analysis and delivery.

It is crucial to ensure that such technologies are installed, operated and maintained properly to provide effective capability and complement other security measures. Whatever the proposed solution to counter the level of risk, it is important to strike the right balance between Security Effectiveness (emphasis on surveillance and controlled access), Operational Efficiency (emphasis on data and intelligence to inform business decision making) and Visitor Experience (emphasis on the customer’s safety and welfare).

The importance of physical security is such that the management of risk and mitigation of threats should extend to the forging of trusted relationships with partners and vendors who value openness and trust.

The managers and owners of publicly accessible locations should not be afraid to ask questions or challenge vendors and anyone in their wider supply chain about their capabilities, accreditations and credentials. This should include their approach to cybersecurity and understanding of appropriate cyber-hygiene; demonstrating that they adopt a security-centric mindset and behaviours that can help individuals and organisations mitigate potential online breaches.

Establishing partnerships based on high levels of trust can lead to a much more resilient, and transparent, security strategy. This will be important for managers and owners of publicly accessible locations as they endeavour to find the very best solutions to keep their sites and locations safe and secure, fulfilling the requirements of the Protect Duty and resulting in a smarter, safer world for all. 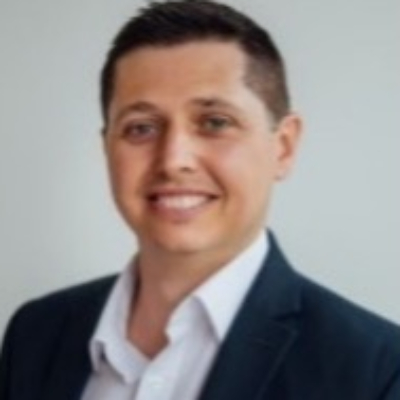 It’s time to get your ducks in a row: keeping track of telecoms assets

Girls in data: Inspiring the future of female data science