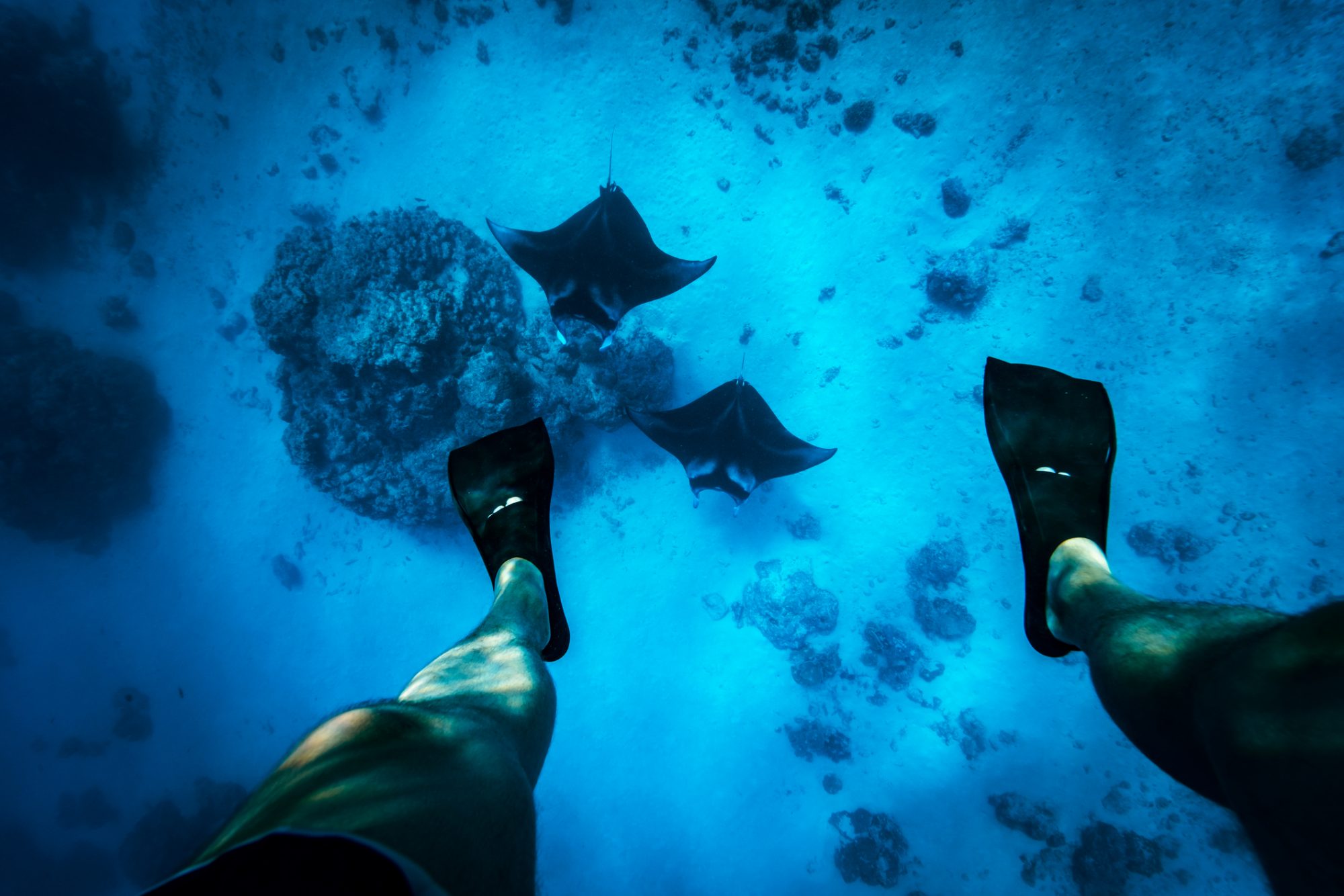 Researchers looking at marine protected areas in Indonesia find that they may be key to protecting manta ray habitats, as less tourism and more conservation have brought them back in abundance.

Reef mantas, known as mobula alfredi, can grow up to 5m. They tend to reside and feed in shallow, coastal habitats and visit ‘cleaning stations’ on coral reefs to have parasites, or dead skin picked off by small fish. Courtship ‘trains’ are also observed adjacent to cleaning stations.

Unfortunately, many manta ray habitats are tourist attractions – threatening the species where they typically eat and swim.

“I hope that this study will encourage tourism operators to understand the need for the regulations already imposed and increase compliance.”

Scientists and the dive operator community studied the Komodo National Park to identify photographs of manta rays when in the park’s waters and submit them to MantaMatcher.org – a crowdsourced online database for manta and other rays.

Most of the photographs which were shared came from just four locations from over 20 commonly visited by tourism boats. The researchers saw the potential to engage the public with data collection for these threatened species and worked with software company WildMe to develop an online wildlife database platform (MantaMatcher.org) to match and catalogue manta rays in their habitats.

The photographs and accompanying time and location information are then used to construct sighting histories of individual manta rays, which can then be analysed with statistical movement models – these models can predict the likelihood that manta rays are inhabiting or travelling in between specific sites.

The study’s results showed that some manta rays moved around the park and others as far as the Nusa Penida MPA (>450 km to the west), but overall, manta rays showed individual preferences for specific sites within the park. 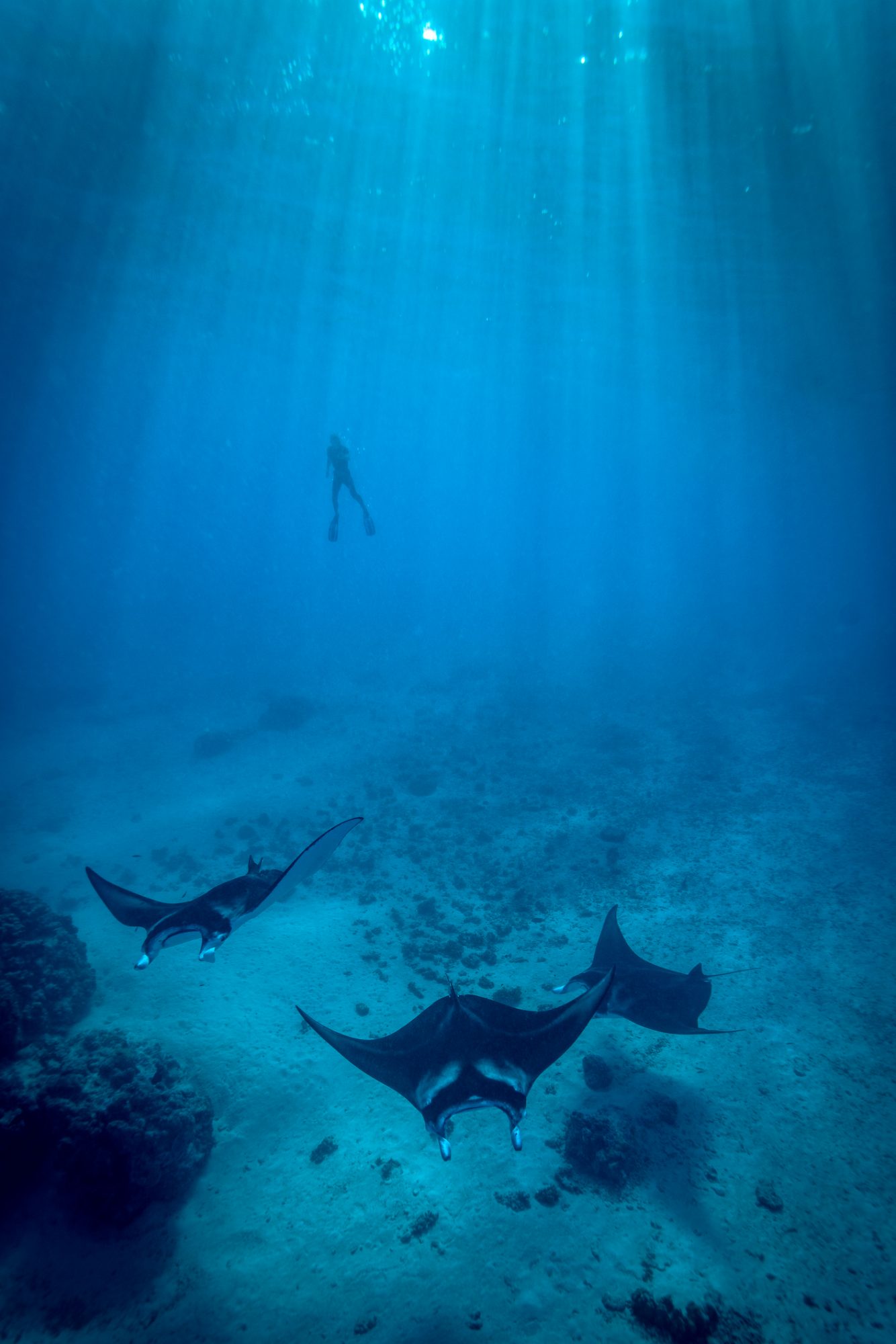 Lead author Dr Elitza Germanov, said: “I was amazed by how receptive the local dive community was in helping collect much needed data on these threatened animals. With their support, we were able to identify over 1,000 individual manta rays from over 4,000 photographs.

“I found it very interesting how some manta rays appear to prefer spending their time in some sites more than others, even when sites are 5 km apart, which are short distances for manta rays.

“This means that manta rays which prefer sites where fishing activities continue to occur or that are more popular with tourism will endure greater impacts.”

Since 1984, many fishing activities have been prohibited in many coastal areas within Komodo NP – including at manta ray habitats – so species can populate again without outside threats.

This protection of manta rays predates the 2014 nationwide protection, but due to illegal fishing activity and manta ray movements into heavily fished waters, manta rays continue to face a number of threats from fisheries.

About 5% of Komodo’s manta rays have permanent injuries that are likely the result of encounters with fishing gear.

As tourism became bigger across these beautiful regions, there has been a 34% increase in tourism boats visiting manta ray sites.

An increase in boating activity and excessive divers and snorkelling activity can negatively impact manta ray habitats. In 2019, the Komodo National Park Authority introduced limits on the number of boats and people that visit one of the most famous manta sites – which proved to be an excellent way to protect the species.

Overall – despite the positive uses of tourist photographs to monitor the rays – they found that limiting the number of tourism boats allowed at one time at all manta ray habitats and aggregation sites, as well as making stricter codes of conduct for diving and snorkelling with manta rays mandatory, were excellent proposals to avoid the tourist impact.

The research from the study suggests that marine protected areas that are large enough to host important manta ray habitats are a beneficial tool for manta ray conservation.

“I hope that this study will encourage tourism operators to understand the need for the regulations already imposed and increase compliance.”

Co-author Dr. Andrea Marshall added: “People love manta rays – they are one of the most iconic animals in our oceans. The rise of the number of people engaging in SCUBA diving, snorkeling and the advent of affordable underwater cameras meant that photos and videos taken by the public during their holidays could be used to quickly and affordably scale data collection.”