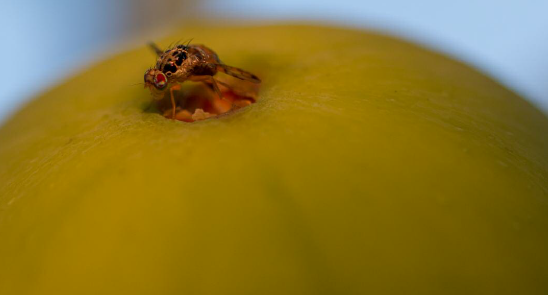 The Animal and Plant Health Inspection Service (APHIS) is a multi-faceted agency within the U.S. Department of Agriculture. APHIS has a wide-ranging mission that includes protecting and promoting U.S. agricultural health, as this article by Open Access Government Editor, Jonathan Miles uncovers

The Animal and Plant Health Inspection Service (APHIS) is a multi-faceted agency within the U.S. Department of Agriculture. APHIS was established in 1972, and today, it has a wide-ranging mission that includes protecting and promoting U.S. agricultural health, regulating genetically engineered organisms, carrying out wildlife damage management activities and administering the Animal Welfare Act.

The work of APHIS in protecting agricultural health

Looking more closely at the work of APHIS in protecting agricultural health, they operate 24 hours a day, seven days a week to defend the U.S.’s animal and plant resources from agricultural pests and diseases. Did you know that if the Mediterranean fruit fly and the Asian longhorn beetle (ALB), two major agricultural pests were left unchecked, several billions of dollars in production and marketing losses would result each year? Another fact to underline in this vein is that if foot-and-mouth disease or highly pathogenic avian influenza were to take hold in the U.S., foreign trading partners could invoke trade restrictions and of course, producers would suffer devastating losses.

We know that when a pest or disease of concern is detected, APHIS implements emergency protocols and partners with the affected states to speedily manage or eradicate the outbreak. Such an aggressive approach is the one APHIS likes to take and it has enabled them to successfully respond to and prevent potential pest and disease threats to U.S. agriculture.

A recent example of APHIS’s work was highlighted on 16th November 2018 when it was announced that they had finished the final environmental impact analysis
that was needed under the National Environmental Policy Act for its National Fruit Fly Cooperative Control Program, which intends to protect U.S. agriculture from
exotic fruit fly incursions. With this important action complete, APHIS issues an environmental impact statement so it can carry on applying the most recent
technology and science towards its efforts to control and eradicate exotic fruit flies and, therefore, support U.S. farmers.

In essence, the National Fruit Fly Cooperative Control Program protects the health and value of U.S. agricultural resources by preventing exotic fruit fly populations
from becoming established in the country. The press release provides us with further details as follows: “We know that fruit flies pose a serious economic threat to agriculture because they feed on flowers and fruits, are highly mobile, and have a high reproductive potential. APHIS works in cooperation with State agriculture officials to detect and eradicate non-native fruit flies.” (1)

Picking up on an area of work mentioned earlier in this article, let’s take a closer look at the Asian longhorn beetle (ALB). Prior to winter 2018, APHIS reminded the
public not to move wood out of areas quarantined for the ALB. The announcement makes the important point that people should follow state and federal laws, which
restrict the movement of woody material, to keep the tree-killing pest from spreading outside of quarantined areas in Ohio, Massachusetts and New York.

Josie Ryan, APHIS’ National Operations Manager for the Asian Longhorn Beetle Eradication Program spoke about the progress being made in the U.S. when it comes to the fight against ALB. “We’re making progress in the fight against ALB. We removed quarantines in two areas of Ohio this year alone, but we still must prevent the beetle’s spread to other places. As people begin using wood stoves and fireplaces, we are reminding the public to follow the quarantine laws, especially when stocking up on firewood. We cannot eliminate this beetle without the help of residents and business owners.” (2)

In 2018, APHIS reminded citizens that August is the best time of year to check trees for signs of the ALB. With August being Tree Check Month, APHIS explained
in their own words the importance of checking trees. “Asian longhorn beetle-infested trees are safety hazards. You don’t want them on your property because they can drop branches and treetops, and storm damage becomes much worse,” said Josie Ryan. “So to make sure your trees are healthy, now is the time to go outside and look at them for signs of the beetle”, she added. (3)

In closing, these examples of agricultural pests bring us back to the wider aims of the APHIS that includes protecting, promoting and preserving U.S. agricultural
health. Certainly, the APHIS’ Plant Protection and Quarantine (PPQ) program specifically, “safeguards U.S. agriculture and natural resources against the entry, establishment, and spread of economically and environmentally significant pests, and facilitates the safe trade of agricultural products.” (4)