Right now, the rift between AstraZeneca and the European Commission continues to grow – but is it a vaccine war or the first post-Brexit war?

Then late in 2020 two prominent companies announced a COVID-19 vaccine was ready for use. Shortly after this announcement a UK grandmother became the first person in the world to be given the Pfizer COVID-19 vaccine as part of a mass vaccination programme in the UK. Margaret Keenan, who turned 91 the week after her injection, said she it was the “best early birthday present”.

It was the first of 800,000 doses of the Pfizer/BioNTech vaccine dispensed over the following few weeks in the UK, with up to four million more scheduled by the end of December 2020. On the 29th December she then received her second dose of the Pfizer/BioNTech vaccine. The following day AstraZeneca issued a press release entitled “AstraZeneca’s COVID-19 vaccine authorised for emergency supply in the UK”. 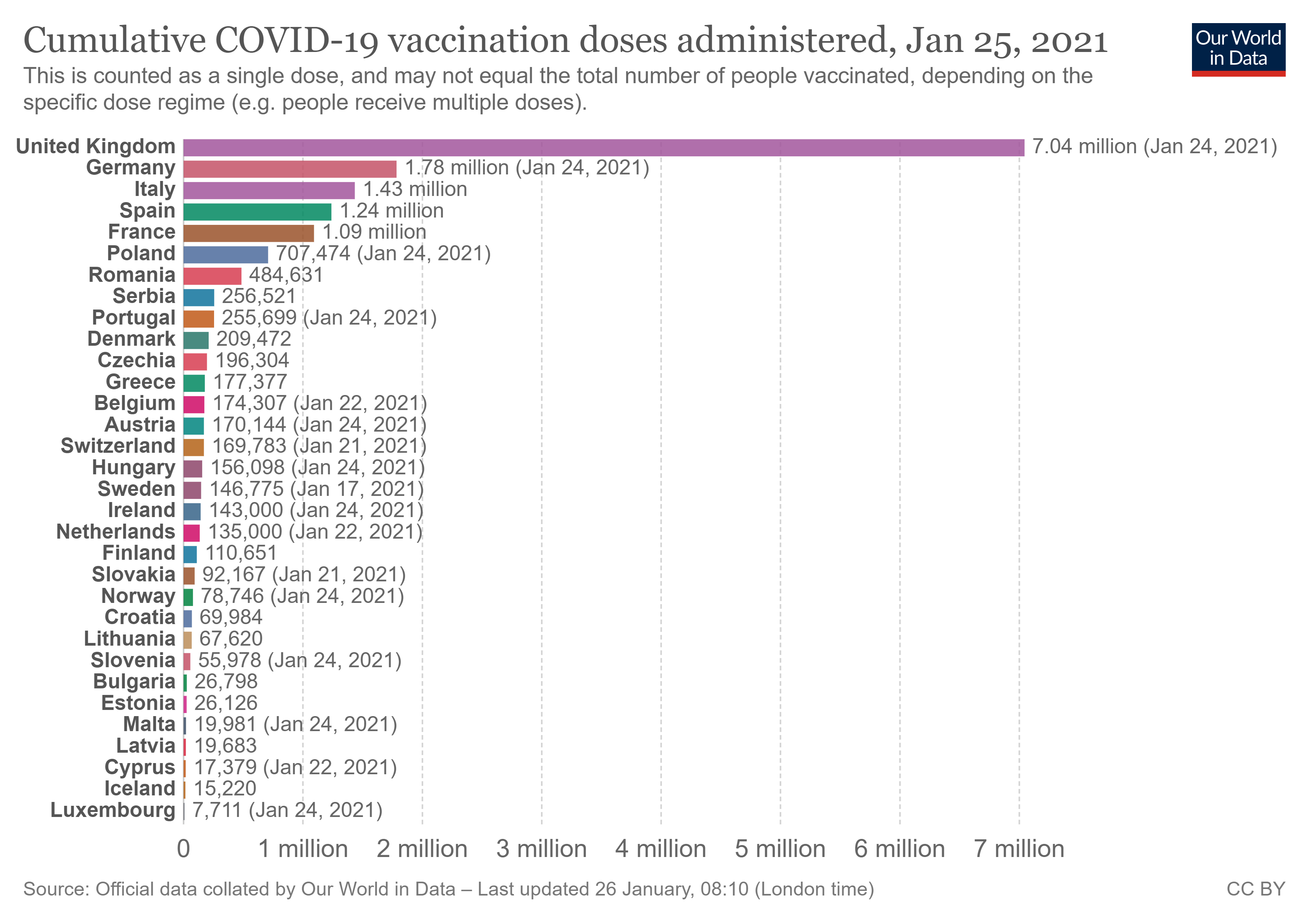 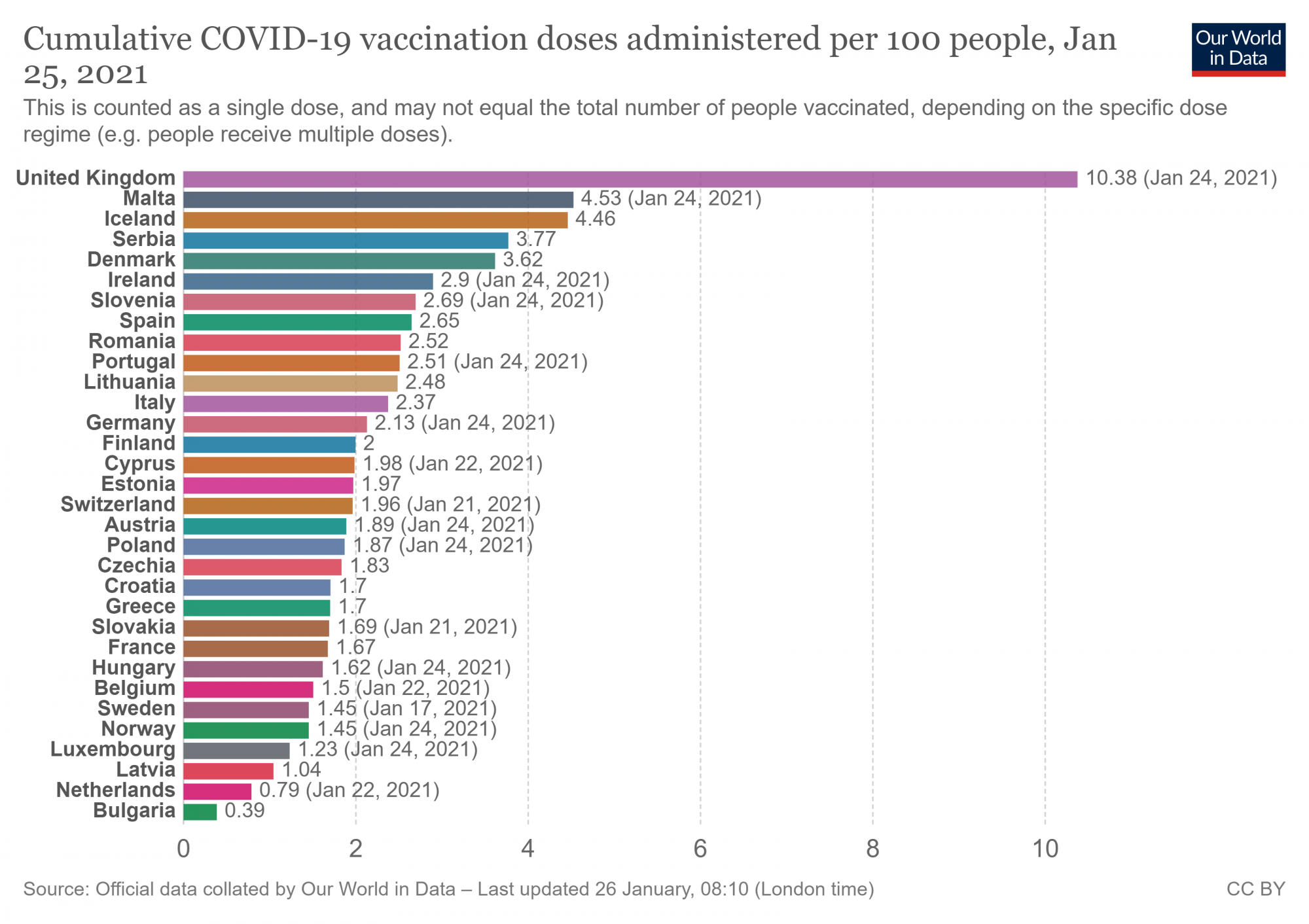 The EU is now coming under increasing criticism for their delays in approving COVID-19 vaccines, especially after their poor performance with their ventilator sharing plan, their financial stimulus plan and their vaccine ordering plan.

In the face of this pressure the EU responded by demanding that no vaccines produced within the EU can be exported without an EU licence, which was accompanied by articles in the German newspapers Handelsblatt and Bild, who published stories saying German government sources were claiming the Oxford/AstraZeneca COVID-19 vaccine was only 8% effective in people over the age of 65.

The scientists behind the Oxford/AstraZeneca COVID-19 vaccine strongly rebuked this claim and the German government went on record the following day, denying they had made any such claims.

Whilst this may just be a storm in a teacup, it may well be a very well orchestrated storm in a teacup to distract from a more serious issue between the EU and Oxford/AstraZeneca, with the latter becoming increasingly frustrated at the EU delays in approving their vaccine and threatening to cancel their agreement over these delays.

The EU entered into an Advanced Purchase Agreement (APA) with Oxford/AstraZeneca and in the body of the APA regarding delays (1.12 DELAYS) it includes provision for delay caused by delays in EU approval. However, it is believed that as a result of these delays, Oxford/AstraZeneca wishes to divert vaccine stocks to nations who have already approved their vaccine, rather than holding them in reserve for the EU.

At 11.4 TERMINATION of the APA, it states that the pharmaceutical firm may terminate the agreement if EU authorisation isn’t granted, with a provision allowing the EU Commission 30 days to object.

To date the EU approval hasn’t been granted and it seems AstraZeneca are losing patience and could be threatening to terminate the APA, which resulted in these false stories being published in Handelsblatt and Bild; and the EU demanding no vaccines produced within the EU can be exported without an EU licence.

Whatever the truth may be, it seems the EU is playing politics with life saving vaccines, which, in its absence has seen the UK and EU economies pretty much shut down for the best part of a year now. Recent reports have revealed that one in four adults in the UK are now out of work and the UK borrowing and debt levels are now at record levels, surpassing the levels experienced during World War 2.

It is widely reported and accepted that one of the main reasons the EU fought so hard to prevent the UK’s BREXIT was to act as a deterrent for other member states who were considering following the UK out of the EU. However, another and probably more troubling concern for the EU, was having a prosperous, low tax UK right on its borders, but the prospect of having a vaccinated, no lockdown, low tax, BREXIT UK is the stuff of nightmares in a Brussels, which will soon be without the very influential Angela Merkel, who announced she would be stepping down as the leader of the CDU and not be seeking a fifth terms as Chancellor in 2021.

This storm in a teacup over a COVID-19 vaccine could simply be the first of many post-BREXIT power struggles between the UK and the EU, with the EU determined to demonstrate both its dominance and influence over the UK as a continuing deterrent to other EU member states, who may be considering their own style BREXIT from the EU.